Dlayla and R.J. Chakolis, who honed their talents by physically competing against each other as youngsters, are leaders for the Royals’ girls’ basketball and wrestling teams. 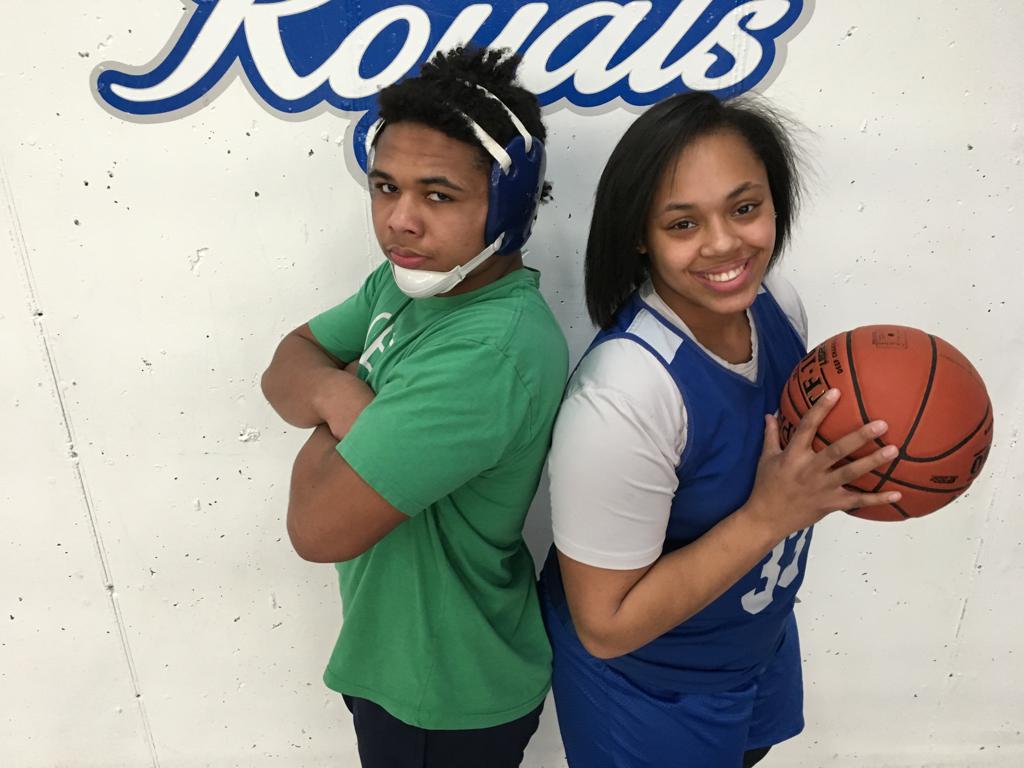 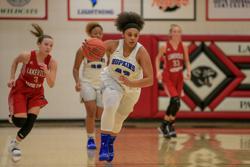 Dlayla Chakolis brought the ball up court in a Nov. 27 game against Lakeville North. Photo by Mark Hvidsten, SportsEngine

Listed at 5-7 but admittedly an inch shorter, Hopkins senior forward Dlayla Chakolis does things on a basketball court that seem to go against traditional beliefs. Players her size aren’t supposed to be successful in the lane, where long bodies and longer arms are preferred.

But succesful she is, using a combination of quickness, a natural ability to clear space and, perhaps most importantly, abundant basketball smarts to consistently grab rebounds from and score over much taller players. She averages 14.3 points per game and leads the Class 4A, No. 1-ranked Royals in rebounding by averaging more than seven per game. If a missed shot is in her vicinity, it generally winds up in her hands and, a split-second later, in the basket. 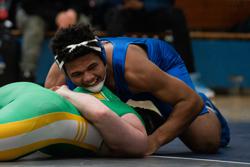 While Chakolis is cleaning up around baskets, her younger brother R.J. is busy cleaning up on the wrestling mat.

Stocky yet explosive, R.J., a sophomore, is already one of the top 195-pounders in the metro area. Ranked No. 4 by TheGuillotine.com, he backs up that lofty spot with a 31-1 record. Like his sister, what he lacks in height — various sources list him between 5-8 and 5-9 — he more than makes up for with craftiness.

“The biggest thing for him is his awareness,” Hopkins wrestling coach Billy Barringer said. “Not just in wrestling. It’s his sports awareness. He always knows the next thing he has to do to swing the match in his favor.”

“He’s a lot like me,” said Dlayla, who prefers the nickname Laylay. “He’s one of the shortest dudes at his position, but he always produces. I admire that.”

Sports have always been in the Chakolis blood.

Their father, Richard Jr. (better known as “Happy”), was a standout athlete at Minneapolis North in the early 1990s. Grandfather Richard (Dick) was a well-known teacher and football and wrestling coach at North for more than 25 years and spent another 20 years teaching in the Hopkins school district.

Since they were youngsters growing up near Farview Park in Minneapolis, Laylay and R.J. (which is short for Richard Junior, even though he’s the third behind dad and grandpa) have been each other’s closest confidante and biggest rival. Happy, now an assistant principal at Talahi Elementary in St. Cloud, has been feeding a years-long competition between the two.

Happy used to be a volunteer coach at Farview in wrestling and football, coaching his son. The Chakolis kids made almost-daily trips to the park for everything from foot races to one-on-one football to pickup basketball games. Impromptu wrestling matches were frequent, as was broken furniture and more trips to doctor’s offices than they care to admit. Jousting with each other was a way of life.

“Our family loved WWE wrestling, so we’d take the mattresses off the bed and they’d go at it,” Happy recalled. “R.J. was in sixth grade when he finally beat Dlayla in a race. She made him race her five, six more times until she won. It’s always been like that.”

Dlayla admits that her father was vital to their athletic development, though not always as a mentor.

“We grew up hearing dad talk all the time about how good he was,” she joked. “It just made us want to be better than him.”

Those fierce battles forged an industrial-strength bond between sister and brother. When they’re together, laughs come easily. They share rides to and from school from the new family home in Brooklyn Park. They’re always present at each other’s events, when schedules allow.

Like his father, R.J. is at his best on the wrestling mat and the football field. A tackling-machine at linebacker, he’s already hearing from Big Ten schools despite having more than two years left in his high school career.

“My dad wants me to stay in the Big Ten,” R.J. said when asked about his college prospects.

Dlayla is signed to play basketball at Hampton University in Virginia. Oldest sister Dejahne lives at home. Having one child more than 1,300 miles away will tough enough.

“My dad is already wondering how he’s going to get to and from Virginia,” Dlayla said.

“She loved Hampton. It checked off in all the right places,” Happy said. “But it’s happening so quickly, coming so fast. I get a little choked up just talking about it.”

The daily car trips to school will be over, togetherness time R.J. is not looking forward to losing. Mostly.

“The only good thing about it is that the car will be all mine,” he said with a chuckle.

More immediately, however, is meeting athletic goals set for the season. Hopkins has lost three consecutive Class 4A girls’ basketball championship games, which weighs heavily on the team and no one moreso than Dlayla.

“It’s the worst feeling,” she said. “We keep having the same result. Changing that is all we’ve talked about.”

R.J. is hoping to stand on the podium at the wrestling state meet this year after qualifying for the meet but not placing in each of the last two seasons.

Win or lose, however, each knows their toughest competitor is always right behind as their biggest fan. And that’s a comforting thought. 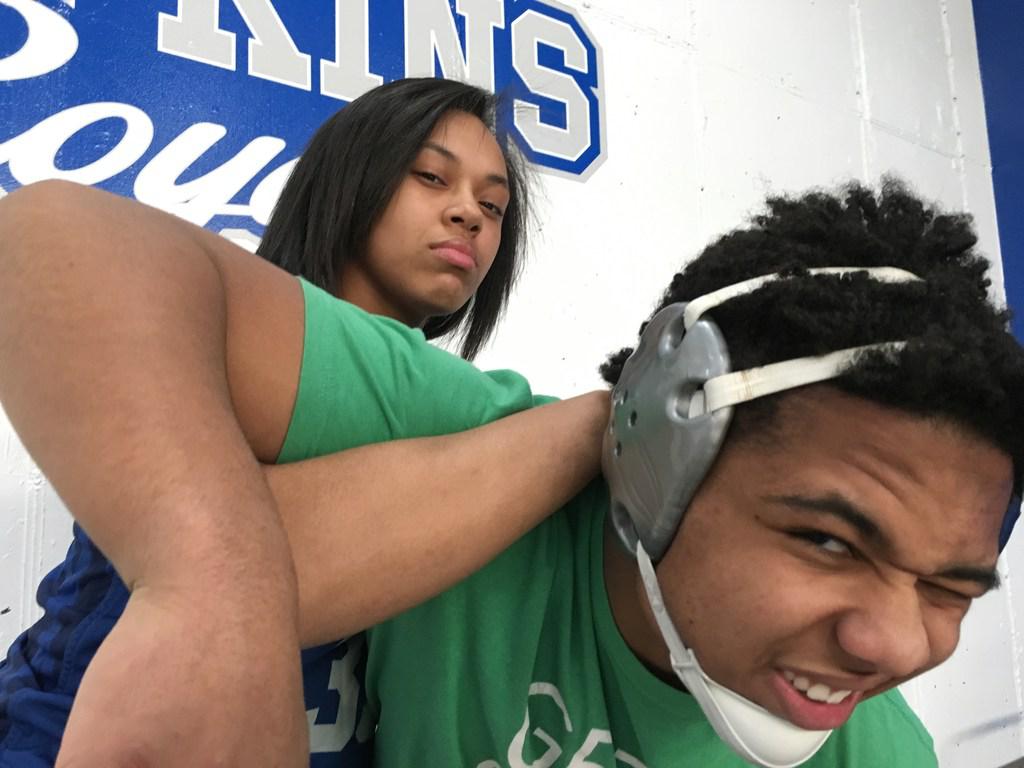