The Raiders, led by Hayden Glander and Grace Strickfaden, forced 29 turnovers in the Minnesota River matchup. 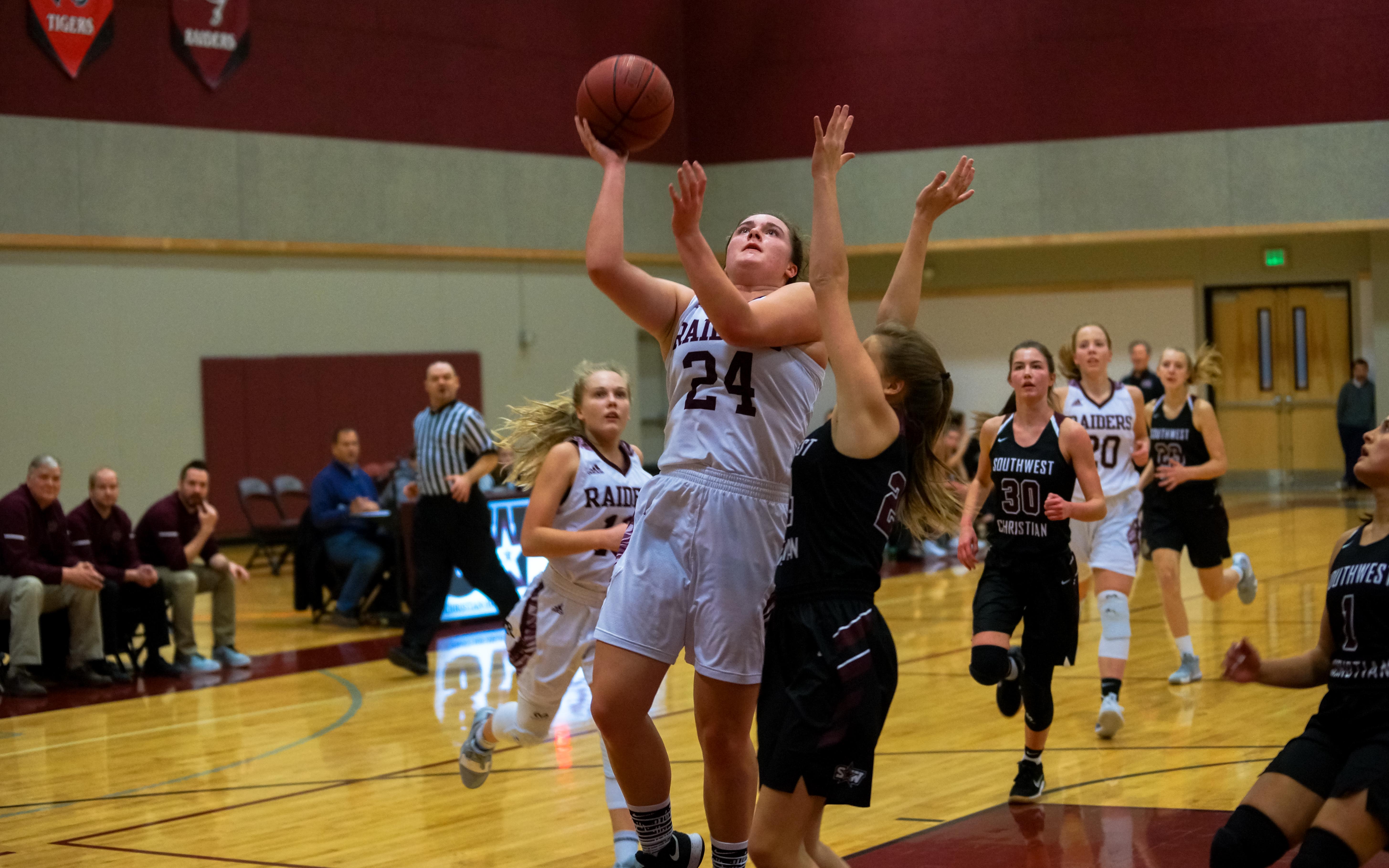 Basketball and football are fundamentally different sports, and there’s not much they have in common. When it comes to similarities, however, the generalization that winning the turnover battle leads to game victories is something that can be shared by both sports.

Using a suffocating defense on the court that shut down playmaking options, Norwood Young America (9-2, 4-1) beat Southwest Christian (6-6, 3-3) Thursday, 56-42, by forcing the Stars into 29 turnovers. 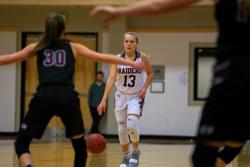 “We do try to get as many turnovers as we can,” Norwood Young America coach Gary Lembcke said. “We want to put pressure on the ball to try and disrupt their offense and jump in the passing lanes.”

The Raiders’ defense notched 25 steals off tight man-to-man defense, effective traps and most often, players jumping into passing lanes. Grace Strickfaden led the defensive charge with a game-high eight steals. She looked more like Harrison Smith playing safety rather than a perimeter defender at times, anticipating passes and often getting a hand in the way to create chaos.

“Grace has been doing that for us all year,” Lembcke said. “She really anticipates passes really well; she can harass the ball really well.”

While the defense was impressive throughout the game, they upped their pressure to close out the game and secure the victory. A timeout was called with 5:22 left in the game, the Raiders holding a 50-42 lead. The Stars didn’t score again in those final minutes as the Raiders went from harassing the offense to completely suffocating it.

One thing the Raiders (9-2, 4-1) wanted to focus on was containing Lauren Jones, who’s averaging 12.4 points per game and can catch fire from deep. The strategy didn’t get off to a great start, as Jones had 12 first-half points despite getting in early foul trouble.

“We had to stop…(Lauren Jones) from shooting 3s; we really tried to focus on that,” Raiders’ sophomore forward Hayden Glander said.

The Raiders held Jones to two points in the second half.

Glander was the most impressive player on the floor, finishing with 19 points, 15 rebounds, five steals and three blocks. While points are always the first stat people like to mention, Glander said she enjoys getting rebounds more than anything — something Lembcke said he appreciates.

“Hayden has been a real pleasant surprise for us inside. I think she’s averaging around 12 rebounds a game this year, which is something we really needed,” he said.

While the Raider defense was the headline of this game, the Stars (6-6, 3-3) saw a couple of great defensive performances as well. Brenna Krommendyk led the game with eight blocks, while Lily Schwen had a team-high five steals.

After opening with a 6-0 run, the Raiders (9-2, 4-1) maintained control most of the game, led by a defense that forced 29 turnovers. Grace Strickfaden posted a game-high eight steals with her 12 points, and Hayden Glander, who finished with a game-high 19 points, also had five steals and three blocks while lurking in the paint and the high post. Abby Mackenthun added 12 points for Norwood-Young America.

The Stars (6-6, 3-3) were highlighted by a defensive performance as well, as Brenna Krommendyk tallied a game-high eight blocks. She added 12 points and nine rebounds.