Who is poised to get in Hopkins' way this time? 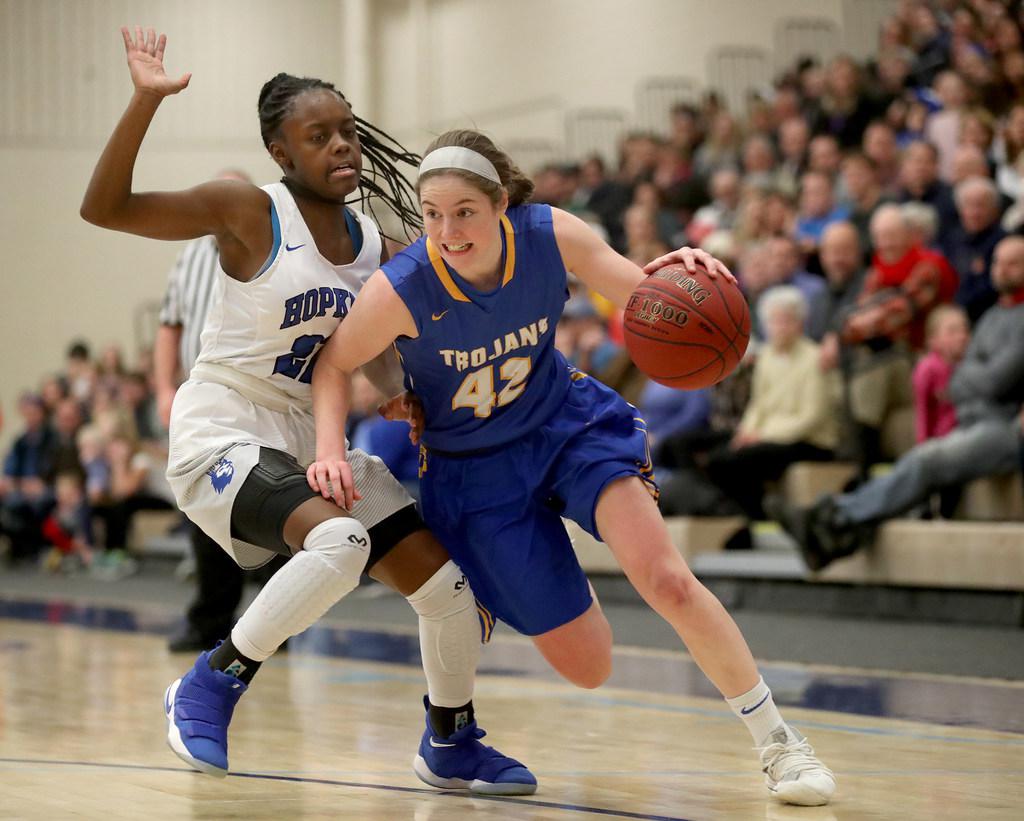 Who is in Hopkins’ way this year?
Three years ago, it was Minnetonka in a barn-burner. Two years ago, Elk River in a nail-biter. Last March, Eastview rallied to pull off a come-from-behind victory. The team on the losing end of each Class 4A championship game? Hopkins, the state’s most successful program. The Royals are again the team to beat (and the team everyone wants to defeat), with another ultra-talented roster led by Paige Bueckers and Dlayla Chakolis. When on their game, they’re next to impossible to beat. Who will give Hopkins the most grief? Look no further than Lake Conference rival Wayzata. The Trojans have the talent and depth, led by Division I players in Kallie Theisen and Mimi Schrader. There’s no intimidation factor, either. The teams split two games a year ago.

Old faces, new places
Transfers happen every year but some significant names are showing up in different jerseys than a year ago. After five seasons at Holy Angels, Destinee Oberg is playing her senior season at Bloomington Kennedy. A former Holy Angels teammate, Kaylie Vanderwerf, is back at Burnsville where she began her high school career. Junior post Liza Karlen, formerly of St. Paul Central, is now at Stillwater. Benilde-St. Margaret’s got deeper and more talented with the addition of former Fridley forward Patience Williams. And Simley’s postseason hopes were enhanced with the addition of power forward Ysareia Chevre, formerly at Tartan.

Conferences matter
Unlike football, all other sports remain organized into conferences, where rivalries are built. Which conference looks to be the metro’s best this season? Try the Suburban East, where Forest Lake, Roseville and Cretin-Derham Hall were all state tournament entrants a year ago and don’t appear to have slipped. Stillwater has made major upgrades to complement Sara Scalia. Woodbury, behind Solape Amusan and Carley West, might be its improved team. White Bear Lake is always tough under coach Jeremy Post and Mounds View has an intimidating post presence in Lindsey Becher. Of course, there’s also the Lake Conference, which benefits from having a small number of large schools and very good teams.