Seventeen games kick off the season on Friday. 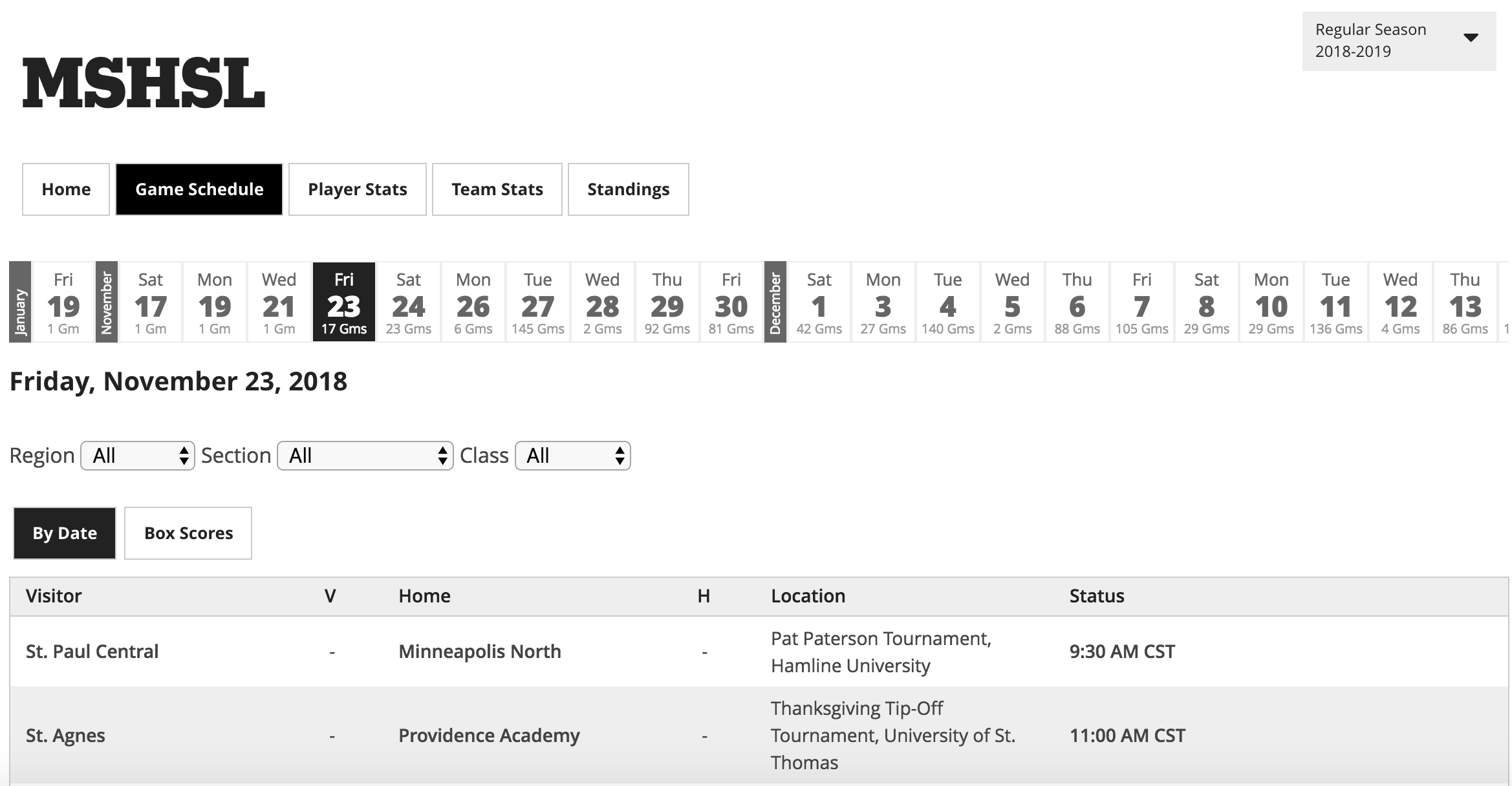 Click the picture above to view the full schedule.

DeLaSalle, a Class 3A state tournament entrant the past two years, faces Aquinas (Wis.), the defending Division 4 champion which is coming off an unbeaten championship campaign, in the University of St. Thomas Archdiocese of Minneapolis/St Paul Thanksgiving Tip-Off Tournament in St. Paul. Also on Friday, Class 1A runner-up Sleepy Eye meets a Cleveland team aiming to assert itself among its Section 2 competition in the Sleepy Eye St. Mary’s Tip-Off Classic.

On Saturday, in the second day of the Pat Paterson Tournament at Hamline University in St. Paul, Class 4A runner-up Hopkins takes on Stillwater, which returns Sara Scalia who led the state with 689 regular-season points a season ago.

The Royals, who have been to four straight state tourneys, face another early season test as they take on Eastview a week later in the Breakdown Sports Tip Off Classic on Dec. 1. Hopkins lost to the Lightning 68-63 in the Class 4A championship last March. Following the big-school title rematch is a clash between prevailing Class 3A power Holy Angels and defending champion Robbinsdale Cooper, which is fresh off its first state touranment appearance. The Stars, meanwhile, have made three consecutive state appearances, including winning the championship in 2016.

Approaching the new year, Class 4A contenders Lakeville North and Cretin-Derham Hall will tangle in the Park Center Holiday Classic on Dec. 28. The Panthers haven't missed a state tourney since 2015 and the Raiders look to improve on their 56-48 quarterfinal loss to Roseville last spring.

Click here to view the full schedule, or type the name of your favorite squad into “Team Finder” in the top right corner of the page for a specific schedule.

If your team’s schedule isn’t posted or needs updating, send the necessary information to scores@sportsengine.com.