Scroll down to see who made the second and third teams as well. 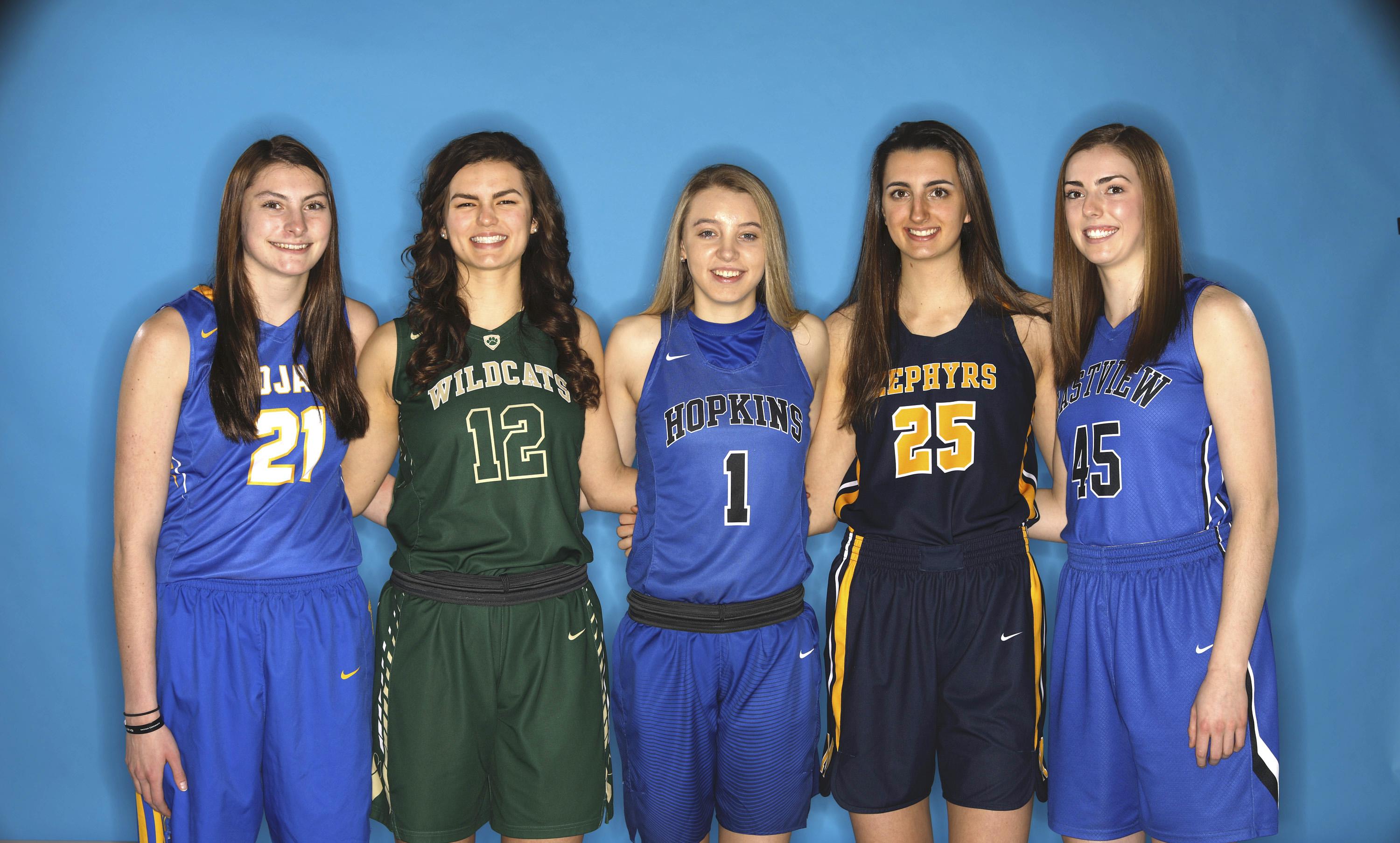 McKenna Hofschild
Prior Lake, 5-3, jr. guard
College: Undecided
Though petite, Hofschild is a creative and athletic scorer. She proved that in the Class 4A, Section 2 championship, scoring 42 points in the Lakers’ 74-71 come-from-behind victory over Minnetonka. “The game never gets too big for her. The bigger the game gets, the better she gets,” Lakers coach Mike Gidley said.

Kayla Mershon
Minnetonka, 6-3, sr. forward
College: Nebraska
Mershon’s skill set makes her very versatile. She averaged a double-double in her final season. “Kayla has a positive influence in each and every game she plays,” Skippers coach Leah Dasovich said.

The Star Tribune’s All-Metro teams and Metro Player of the Year were chosen based on nominations from metro-area coaches, conversations with a panel of coaches and staff observations.