Click to see who made the second and third teams. 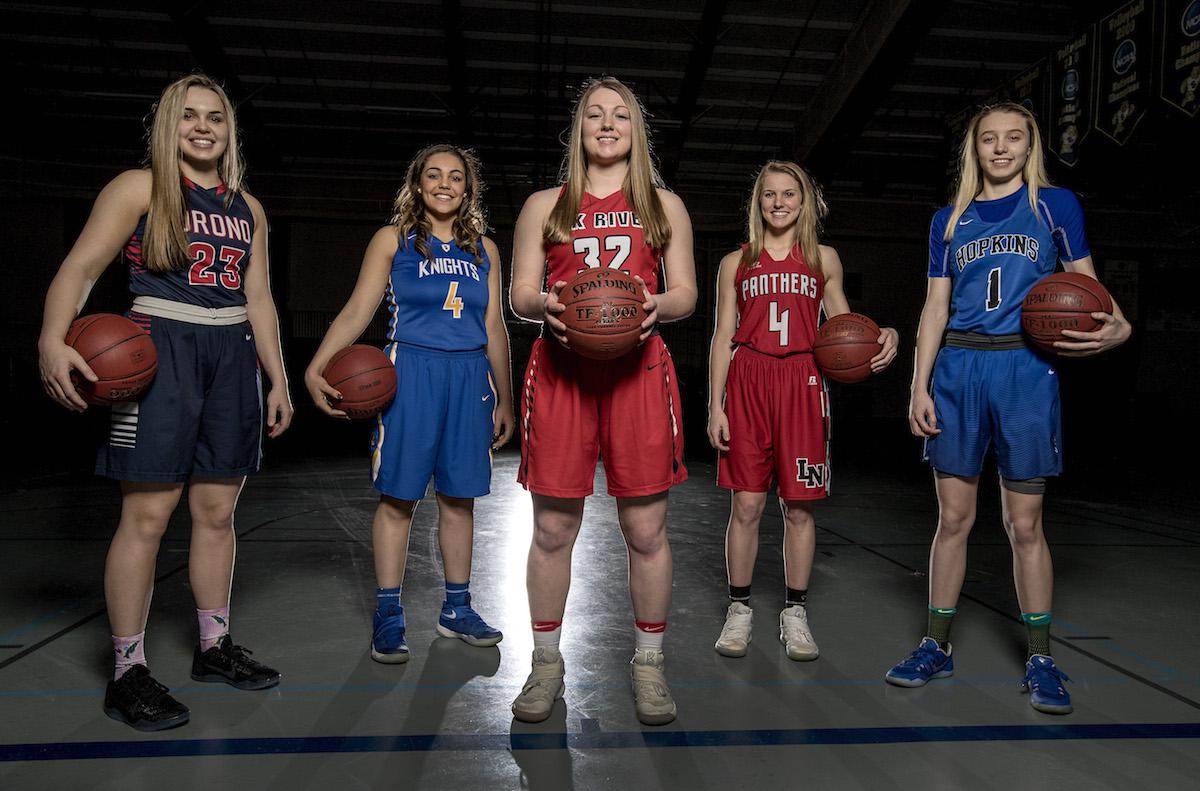 The first-team selections share what drives them to compete.

Metro Player of the Year. Led the metro in scoring at 26.1 ppg and helped the Elks to an undefeated record and their first state tournament appearance since 2006. Bradley coach Andrea Gorski says, “Gabi gives us versatility at the guard position as she is both a three-point threat and also strong enough to make plays at the basket. We are looking forward to her competitiveness and leadership having an immediate impact in our program."

Read more about Haack in a story by the Star Tribune's Jim Paulsen.

One of the state’s purest shooters, averaging 21.3 points per game. The school’s all-time leading scorer shoots 49 percent from the floor and 81 percent from the free-throw line. “We would not be as successful without her,” Orono coach Lavesa Glover-Verhagen said. Will play at Yale next year.

The Royals standout could wind up being the most coveted player in state history. Does a little bit of everything for coach Brian Cosgriff’s squad, averaging 20.8 points, 4.5 rebounds, 4.1 assists and 4.5 steals per game. “Paige showed why she is a special player,” Cosgriff said.

Iowa State recruit averaged 19.2 points, 4.9 rebounds, 3.7 assists and 2.9 steals in her final season. “Definitely a team before me player,” Knights coach Kent Hamre said. “She got better every year because of her non-stop work ethic.” Finished her career with 1,730 points, most in school history.

Notable for her speed. Not only scores and passes, but plays tenacious defense, too. “Temi may be one of the best defensive players we have ever recruited,” Creighton coach Jim Flanery said. “She was a multi-sport athlete in high school, who will continue to improve as she focuses on basketball.”

All polls on the MN Girls' Basketball site are for entertainment purposes only.

“Extremely long and runs the floor very well. Annika is a great fit for our up-tempo style of play and will provide versatility to our post corps,” JR Payne, her future coach at Colorado, said.

There probably isn’t a player in the state who meant more to her team than Olson. The point guard is the school’s all-time assists leader. Holds school single-game scoring mark with 39 points.

Kansas State recruit helped the Lightning to four consecutive Class 4A state tournament appearances, with a third, second and championship trophy in the first three.

Left-hander catches teams off balance, “makes us better on both ends of the floor because she has bought into rounding out her game,” Hopkins coach Brian Cosgriff said.

The all-metro teams and metro player of the year were chosen based on nominations from metro-area coaches, conversations with a panel of coaches and staff observations.