Hancock, with just one senior in the starting lineup, held off the Vikings by making 11 of 12 free throws in the final three minutes. 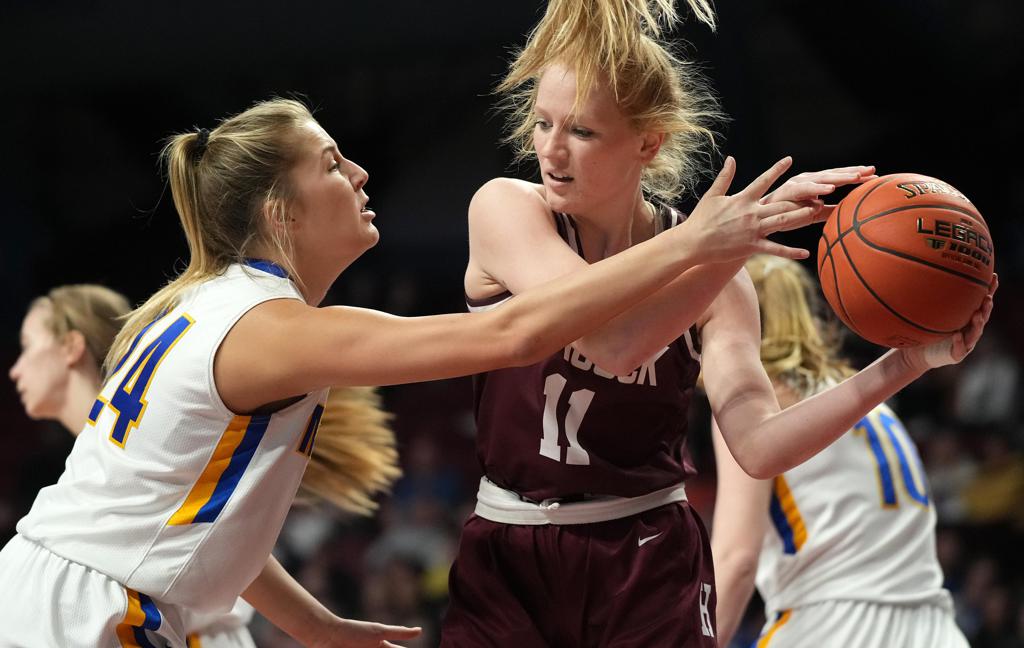 “It was a little nerve-wracking,” said Hanson, the only senior in the Owls’ starting lineup. “We were a little nervous. But we never got down. We’ve been together for so long, we trust each other.”

The Owls, who trailed defending state champion Minneota by 11 points after seven minutes of play, rallied for a 54-43 victory over the Vikings on Saturday at Williams Arena.

Hancock, in the state tournament for the first time since 2011, fell behind 13-2 but managed to narrow their deficit to five points at halftime.

“Our defense kept us in the game,” said Hancock coach Tony Thielke.

The Owls, who were just one-of-six from three-point range in the first half, opened the second half with a 12-2 run — on four consecutive three-pointers — to take a 26-21 lead with 13:36 remaining. The Vikings got within two points with three minutes remaining, but couldn’t get closer.

Hancock (30-1) held off the Vikings by making nine of 10 free throws in the final three minutes. For the game, the Owls were 17 of 20 from the line.

Freshman Kaitlyn Rohloff scored 16 points and Hanson scored 13 to lead the Owls (30-1), who earned their first state basketball title since 1997.

McKenna Yost scored 17 points to lead the Vikings (28-5), who were making their fifth consecutive state tournament appearance. The Vikings also won the state title in 2019 and reached the semifinals of the 2020 tournament before it was canceled because of COVID-19.

Hancock overcame a slow start to earn a 54-43 victory over Minneota in the Class 1A state championship game on Saturday at Williams Arena.

Hancock, with just one senior in the starting lineup, held off the Vikings by making 11 of 12 free throws in the final three minutes.