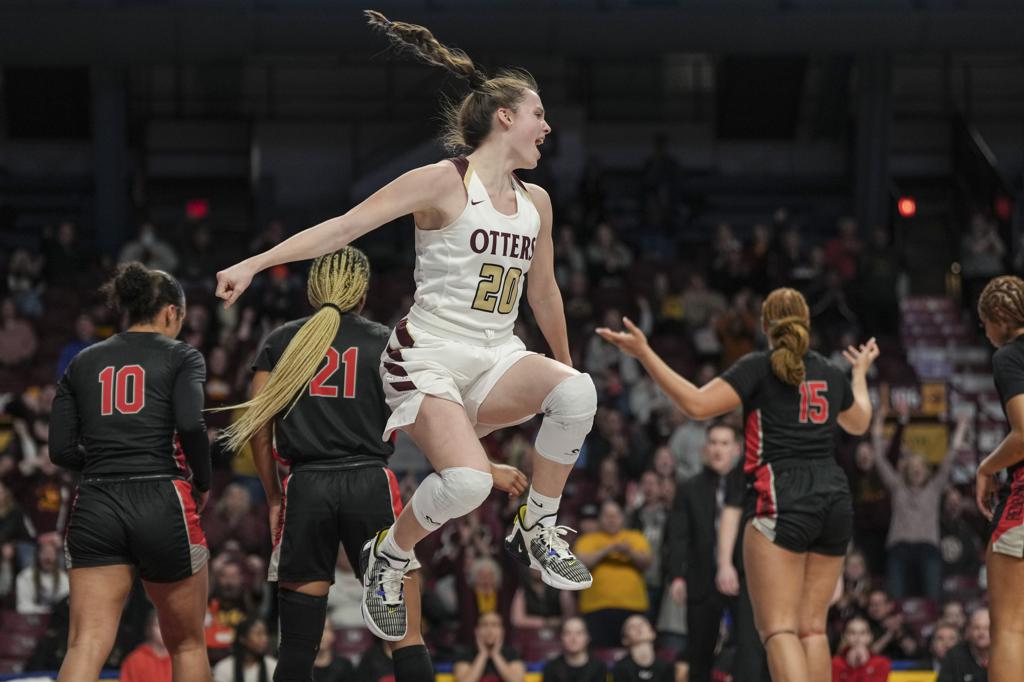 Coaching points at halftime of Friday’s Fergus Falls and Minnehaha Academy meeting in the Class 2A state tournament semifinals varied depending on their side of a 20-point differential.

Both teams sought better second-half play. Not an easy task for Fergus Falls, which ultimately prevailed 69-57 at Williams Arena. Otters coach Josh Steer raved, “I thought we played our best half of basketball this season.”

Redhawks coach Matt Pryor lamented: “That first half was not us. Credit to Fergus Falls. They did a great job of taking us out of rhythm.”

The victory advances No. 2 seed Fergus Falls (26-5) to face No. 1 seed Providence Academy in the championship game on Saturday.

“Our biggest emphasis was just fighting and being resilient and trying to claw back as much as we can to get their lead down,” Minnehaha senior forward Telia Graham said.

Minnehaha’s pressing and trapping defense caused the Otters to lose a few possessions. But they effectively managed the chaos overall.

“We just had players making huge points or rebounds to keep that lead going,” Colbeck said, “even when they did get on a few runs.”

The victory advances No. 2 seed Fergus Falls (26-5) to face No. 1 seed Providence Academy in the championship game at 2 p.m. Saturday.

The No. 3 seed Redhawks (25-6) shot a paltry 22% from the floor in the first half and were beaten in second-chance points by a 13-2 margin. Their 15 points in the half was less than the amount their leading scorers Addi Mack (23.2 points per game) and Charita Lewis (15.5) averaged through their first 30 games this season