Providence Academy knocks off defending champ Albany in Class 2A 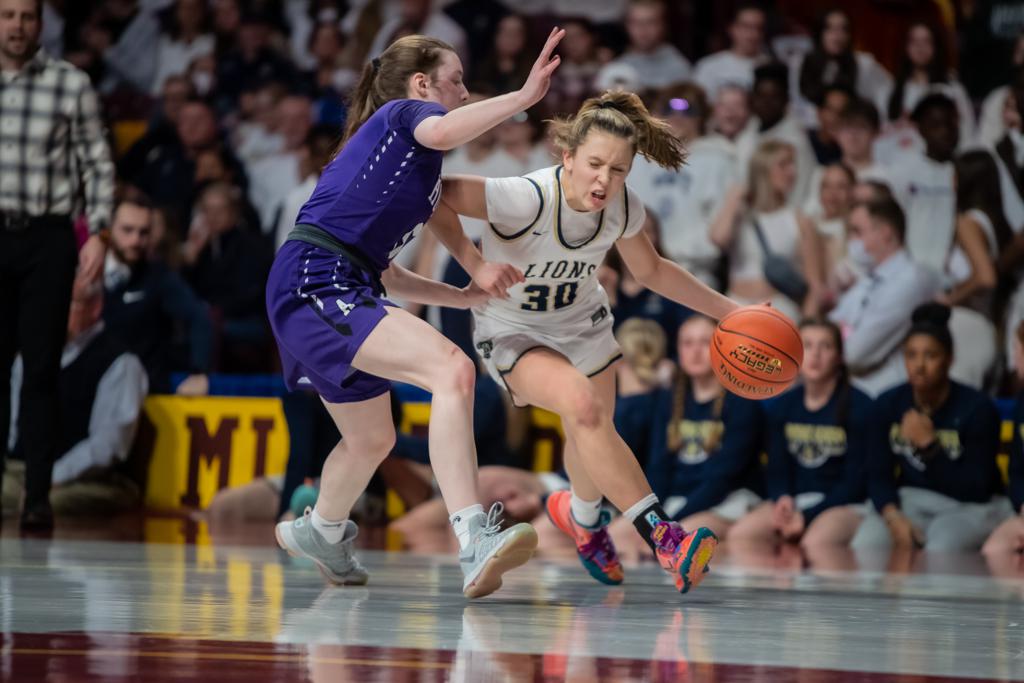 Maddyn Greenway breaks through the defense in the second half of play. Greenway had a game high 20 points in the Lions 55-48 win. (Photo by Earl J. Ebensteiner, SportsEngine)

The girls’ basketball teams from Providence Academy and Albany both had Friday’s Class 2A state tournament semifinal meeting circled, albeit for different reasons.

Albany got the biggest prize, defeating the Lions for the state championship last season. A large Providence Academy victory in December, however, revealed where each team stood this season.

“We really respect their game, so we really wanted to get back here and have that challenge of coming back against a team that previously beat us,” Lions junior Grace Counts said.

Older sister Maria added, “Our game plan was to pressure them. I will say they handled it a lot better this time.”

Blown out by a 55-32 score on Dec. 29 in the Granite City Classic, No. 4 seed Albany (24-6) found itself trailing by just two points with two minutes remaining Friday.

“We were competing for a spot in the championship game; that was a big motivator for all of us,” Huskies senior Madelyn Herkenhoff said. “And coming off that big loss, we knew what we could do better, and we practiced it.”

Providence Academy enjoyed a different state tournament outcome against Albany this time, knocking off the defending champion Huskies 55-48 on Friday in the Class 2A girls’ basketball state tournament semifinals

The Lions previously beat No. 4 seed Albany (24-6) by a 55-32 score on Dec. 29 in the Granite City Classic. The Huskies regrouped and posted a 20-1 record since that loss heading into Friday. And they played much more competitively in the rematch.