Class 4A semifinal: St. Michael-Albertville gradually picks up speed, rolls into the final

Tessa Johnson overcame a balky start to score 25 points in a victory over Roseville. 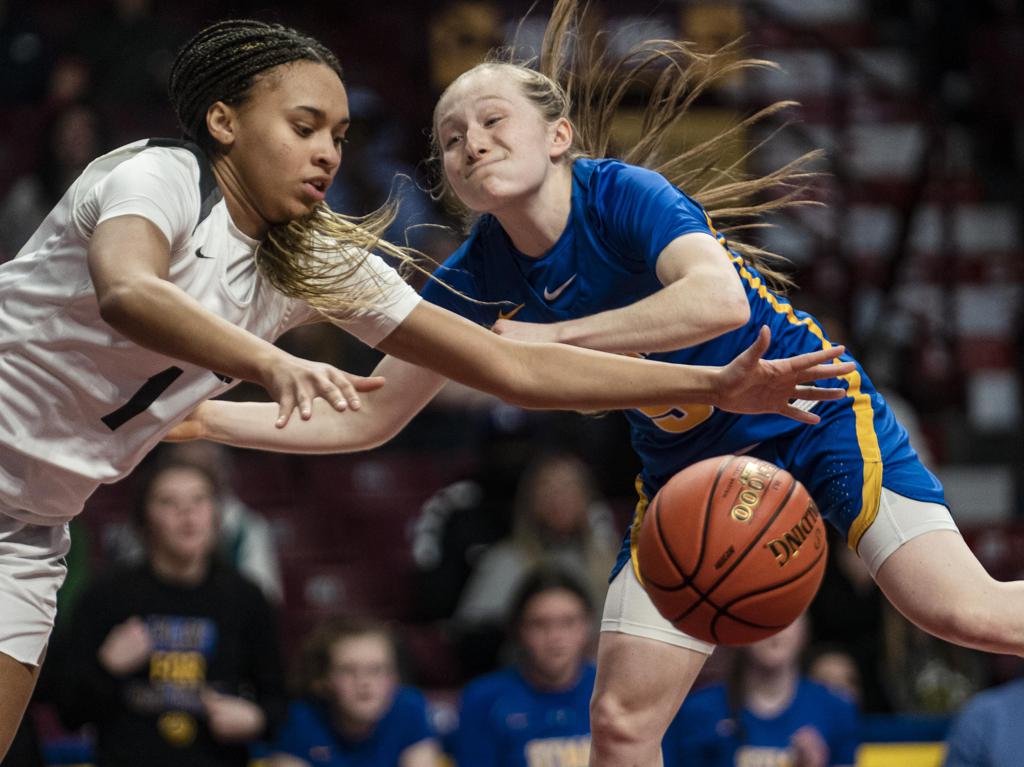 While Tessa Johnson got her leg warmed up — the leg she broke, causing her to miss all of last season — her St. Michael-Albertville teammates picked up the slack.

The Knights spotted Roseville an early lead in Williams Arena, rallied to take the lead, then gradually pulled away in the second half to defeat the Raiders 73-57 on Thursday and send them to Saturday’s Class 4A championship game in the girls’ basketball state tournament.

It will be St. Michael-Albertville’s first championship game appearance since winning the Class 3A title in 2009.

After scoring 24 points in the quarterfinals, Johnson, the Knights’ silky-smooth junior, didn’t get on the scoresheet until halfway through the first half.

No matter. The rest of the players kept Roseville close until their scoring machine got whirring.

“I don’t know what I did yesterday, but I did something with that leg. I was a little sore,” Johnson said. “But the team just got me going.”

Johnson’s end-of-the-game numbers did not reflect her slow start. She finished with 25 points, nine rebounds and four assists.

Johnson was hardly the whole story. Junior guard Ja’Kahla Craft created space in the lane and added 18 points. “She’s pretty wiry. She can get to the hole and shoot off balance,” Knights coach Kent Hamre said.

Senior point guard Emma Miller, at 5-2 the shortest player on the floor, controlled the tempo for St. Michael-Albertville and had four assists. Her fearless play might have been the Knights’ biggest advantage.

“You’ve got all these big kids and then, out of nowhere, here comes Emma,” Hamre said. “She’s got such a nose for the ball, and she plays with such energy and heart.”

Miller hit a milestone in the game when she reached 1,000 career points on a traditional three-point play in the first half.

She said she doesn’t see her size as an issue. “My parents always told me just go out and work hard,” she said. “My mom is 4-11. I can’t do anything about it.”