The Otters started the comeback with three three-pointers, then pulled away from Pequot Lakes. 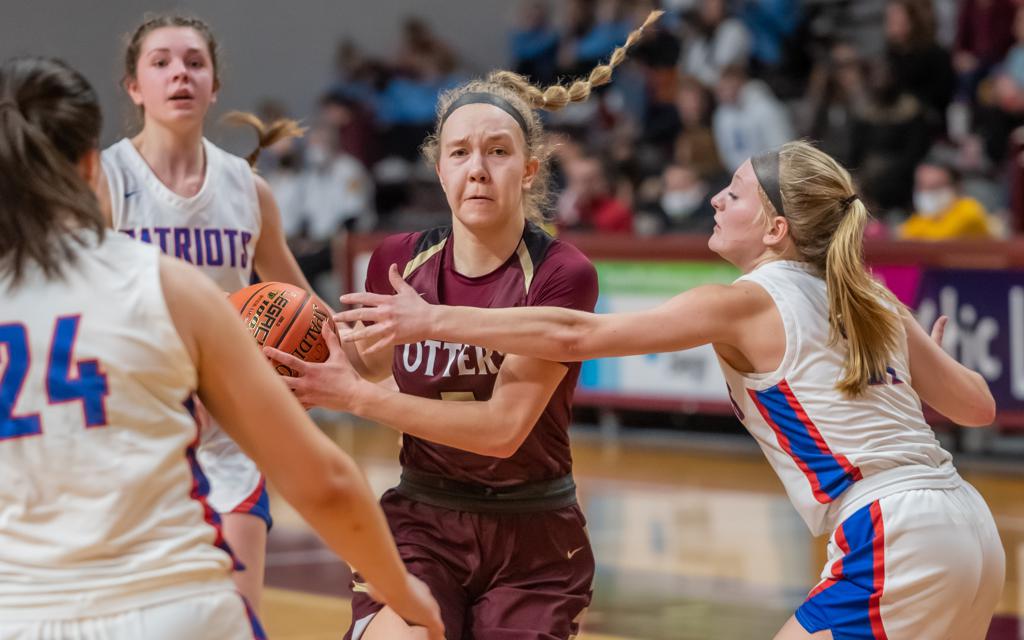 Ellie Colebeck of Fergus Falls had a game-high 25 points in the Otters' victory Wednesday. Photos by EARL J. EBENSTEINER, SportsEngine

Fergus Falls couldn’t hit its shots early and found itself down seven points to Pequot Lakes.

But the No. 2-seed Otters responded quickly on the way to a 71-55 victory in the Class 2A quarterfinals of the girls' basketball state tournament at Maturi Pavilion. 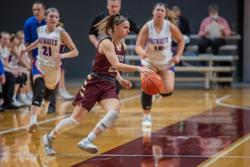 Three three-pointers helped the Otters take an 11-7 lead. They didn’t give up the lead again.

“I was hoping that our girls would weather the storm,” said Fergus Falls coach Josh Steer. “I thought they did a great job of responding to some adversity early.”

Senior Tori Ratz drained two of those shots from beyond the arc and added a layup to help her team settle in.

“I think it really gets us going, if I knock down a few,” Ratz said. “We get hyped, and we really pick up our defense.”

Ratz finished the game with 22 points, making 5-of-11 three-pointers.

Her teammate, senior Ellie Colebeck, had a game-high 25 points and eight assists. The Otters (25-5) were more aggressive as the first half went on, playing their defensive game, Colbeck said.

For the Patriots (29-2), Isabel Larson, Kelsi Martini and Maci Martini each finished with 14 points. The loss snapped their 24-game winning streak.

“Down the stretch, we lost shooters at times, our backside didn’t move as quick as we usually do, and then we just had an off shooting night as well,” said Patriots coach Brian Lempola.

The Patriots shot 40% from the field compared to 53.8% for Fergus Falls.