Class 2A quarterfinal: Albany makes a successful start in defense of its championship 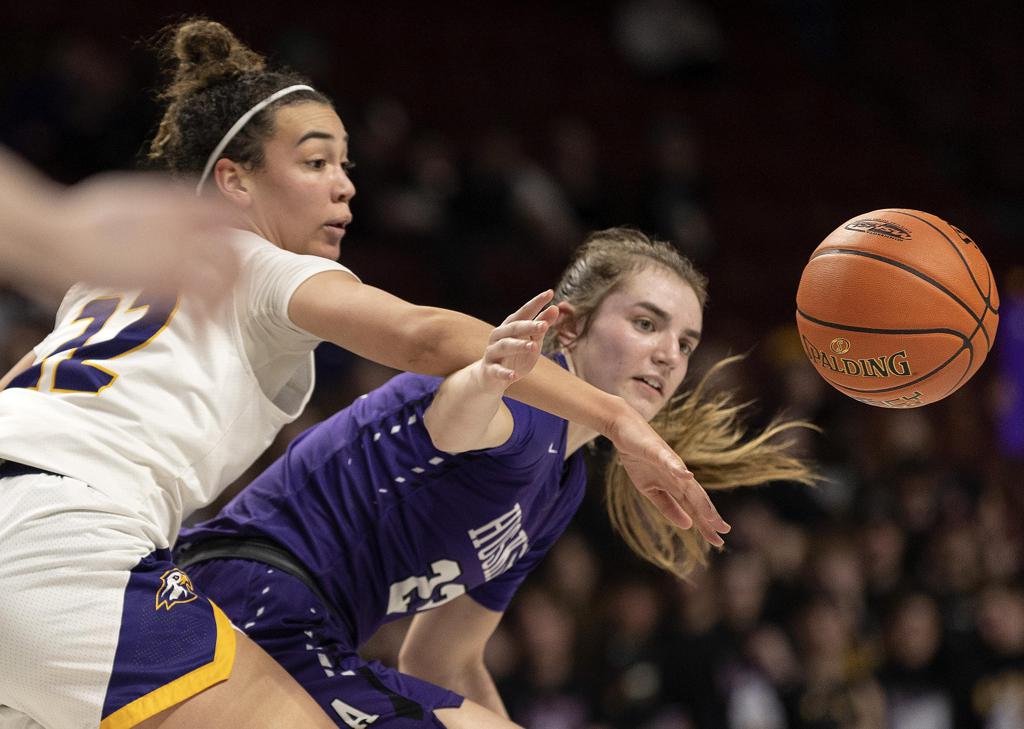 Fourth-seeded Albany limited Rochester Lourdes with a stingy zone defense and utilized a patient offensive attack to defeat the fifth-seeded Eagles 57-41 in the Class 2A quarterfinals of the girls’ basketball state tournament Wednesday. 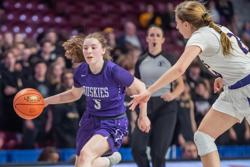 Sophomore Kylan Gerads led the defending-state-champion Huskies (24-5) with 24 points. The team mixed the slow-paced attack with well-timed transition baskets to build its lead before a Madi Herkenhoff layup with 4:54 to go put the Huskies up by double digits for good.

Junior Ella Hopkins scored 17 points to lead Rochester Lourdes, and Adamson, a senior, added 16. The Eagles had won 11 straight games before the state quarterfinals, after starting the season 10-7.

Adamson said the length of Albany made it difficult for Rochester Lourdes to get passes in and out of the lane. The Eagles knew the Huskies would play a zone, but were somewhat surprised by Albany’s length, coach Aaron Berg added.

For Albany, the win means it’ll face top-seeded Providence Academy in the semifinals after beating them in last year’s title game. Despite a 23-point loss to the Lions in December, Albany players said they’re confident heading into the semifinals.

“I think our players match up well,” Gerads said.