The Eagles led by 24 points at halftime after holding the Lakers to 15 points. 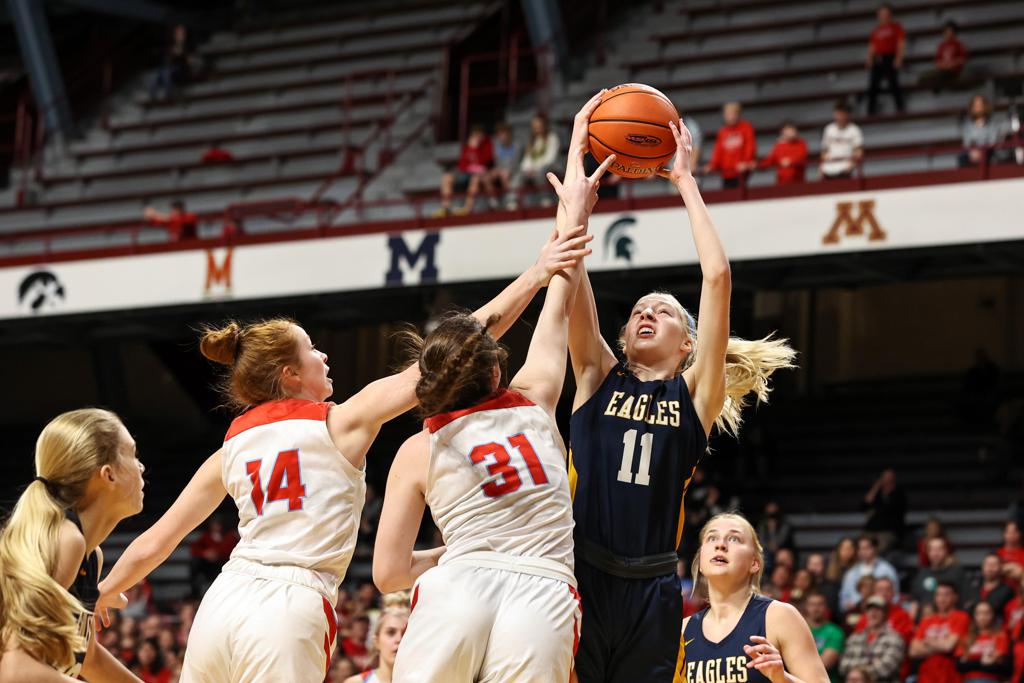 Totino-Grace's Abby Lord scored two of her 16 points, shooting over the arms of Gabriella Bettcher (31) and Jacee Hauser (44). Photos by CHERYL A. MYERS, SportsEngine

Totino-Grace was having a good time Wednesday before taking the court at Maturi Pavilion for its girls’ basketball Class 3A state quarterfinal game — and it showed. 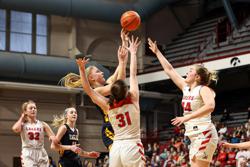 “We were just so excited,” Lord said. “As a team, we got pumped up in the locker room, so when we came out it was really natural and we just all had fun.”

This marks Totino-Grace’s sixth trip to the state tournament and first since 2009. The Eagles won the Class 3A championship in 2008.

Totino-Grace will take on second-ranked St. Paul Como Park in the semifinals Thursday at Williams Arena.

“They’ve kind of been in the back of my mind this entire time,” Herzig said. “But we just need to take it one game at a time, know our strengths and play as a team.”