Where are the nation’s best women’s teams recruiting? Minnesota, home of top prospects

The state is awash in sought-after recruits, and that has benefited the Gophers, whose incoming class was ranked 10th in the nation by ESPN. 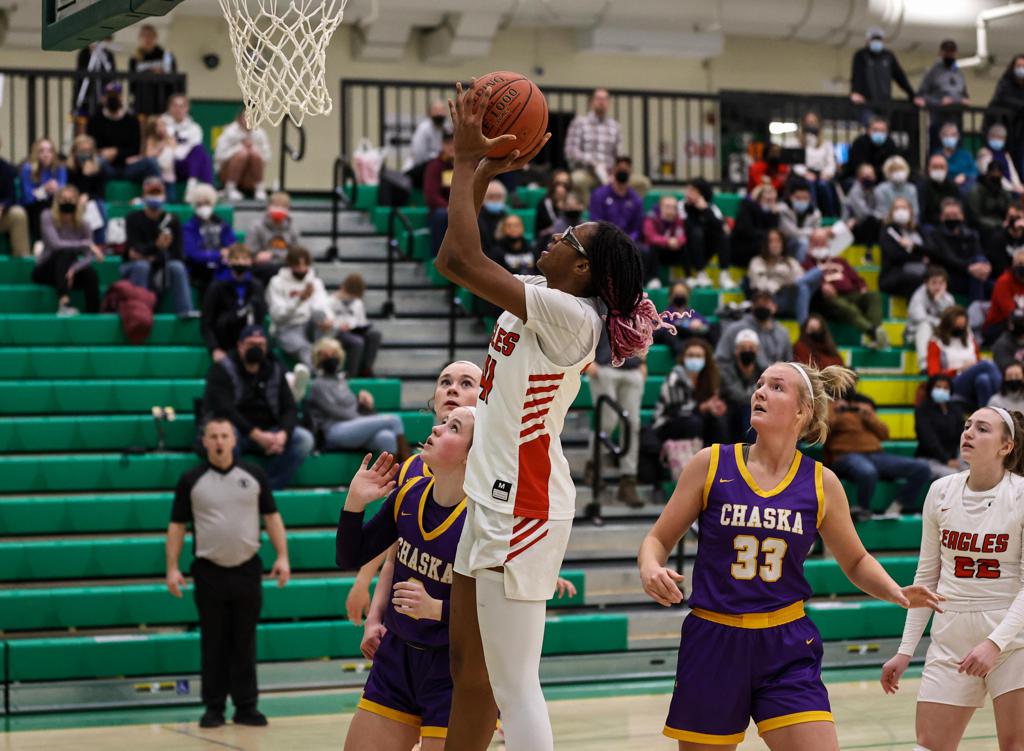 Nia Holloway of Eden Prairie is one of four sought-after Minnesotans who have agreed to play for the Gophers in college. CHERYL A. MYERS, SportsEngine

Paige Bueckers changed the landscape. The Land of 10,000 Lakes is no longer considered a backwater of girls’ basketball recruiting.

The former Hopkins star was the nation’s No. 1 recruit two years ago, when she chose Connecticut. Minnesota has reached another peak this season, producing the state’s deepest and most talented senior class. The evidence: 15 Minnesotans were among the McDonald’s All-American Games nominees revealed last week.

“We have had some really good classes, and some subpar classes, in the past,” said Metro Stars AAU and Hopkins coach Tara Starks, whose team has two highly regarded seniors. “This class is loaded with heavy hitters from top to bottom.”

It also has plenty of versatility.

“It’s not loaded at just one position,” Starks said. “You have high-level kids at all five positions. They also bring with them different styles of play.”

Talent in the U’s backyard

ESPN ranked the Gophers’ recruiting class 10th-best in the nation.

“As the highest-ranked class in school history, we are not only proud of the basketball players that these young women are but how they carry themselves in the community and in the state of Minnesota,” Whalen said after signing the group in November. “They are going to make an impact that will last for years to come.”

The state’s top senior recruit is headed elsewhere. Hopkins 6-4 forward Maya Nnaji, ranked No. 9 in the country, is bound for Arizona.

“What sets the 2022s apart from other years is the quantity and quality of the recruits,” said Minnesota girls’ basketball historian Kevin Anderson, an assistant coach at Mahtomedi. “The top 10 players are headed to BCS-level programs.

“This class will take their place with other outstanding classes like 1997, 2000 and 2013. What sets them apart from the other years is they are staying close to home. Gopher fans will have front-row seats to see their continued progress on the next level.”

Lots left in the pipeline

Hopkins’ talent — and that of Minnesota — won’t run out when the Class of 2022 departs. Beyond its two seniors, Hopkins has junior 6-foot guard Taylor Woodson and junior 5-11 guard Nunu Agara; they are the 26th- and 38th-ranked players in the country in their class. Agara has committed to Stanford.

Hopkins’ starting lineup is rounded out by the 11th-ranked player in the Class of 2024, 5-8 sophomore Alivia McGill. All five starters have scoring averages in double figures.

“The talent pipeline is not going to run dry,” Anderson said. “The Class of 2023 and later are set to continue to produce quality players.”

Benilde-St. Margaret’s 6-foot sophomore guard Olivia Olson is ranked No. 3 in the Class of 2024, and Providence Academy 5-7 guard Maddyn Greenway, the daughter of former Vikings linebacker Chad Greenway, is an eighth-grader who’s among the top players in the Class of 2026.

“There are players all around the entire state who can contribute at the next level,” Starks said. “We are now starting to get the respect we deserve.”

Nnaji won’t be the highest-rated player on the court when Hopkins hosts a four-team tournament Friday and Saturday at the Lindbergh Center.

The nation’s top two teams according to ESPN, No. 1 Sidwell Friends of Washington, D.C., and No. 2 DeSoto (Texas) will participate, along with Grandview (Colo.). Grandview boasts the No. 1 senior in the country in 6-7 post Lauren Betts. Sidwell Friends has the No. 2 player, 5-11 point guard Kiki Rice.

All four games of the tournament — two semifinals Friday and the third-place and championship games Saturday — will be televised on ESPNU or streamed on ESPN Plus.

“I think it is extremely huge to be hosting this event,” Starks said. “It will put a spotlight on Minnesota girls’ basketball.”

Starks’ squad is ranked third in the nation. The Royals, who finished the 2019-20 season ranked No. 1, are 11-0 this season and have won 89 of their past 90 games. Hopkins tied Fosston for the state record with a 78-game winning streak that was ended by Chaska in the Class 4A tournament semifinals in March.

“Hopkins, with their consistent standard of excellence throughout the years, is a fitting site for this talent-filled extravaganza,” Anderson said. “The Hopkins event shows that Minnesota is not flyover country but now is the Land of 10,000 Recruits.”

Starks sees the tournament sending another message, too. Hopkins, Sidwell Friends and DeSoto are all coached by Black women.

“This isn’t just about basketball but for Black women’s coaches as well,” Starks said. “It’s not just about Hopkins.”