Austin goes on the road and defeats Farmington

The Packers used four three-pointers in the second half to come back and win. 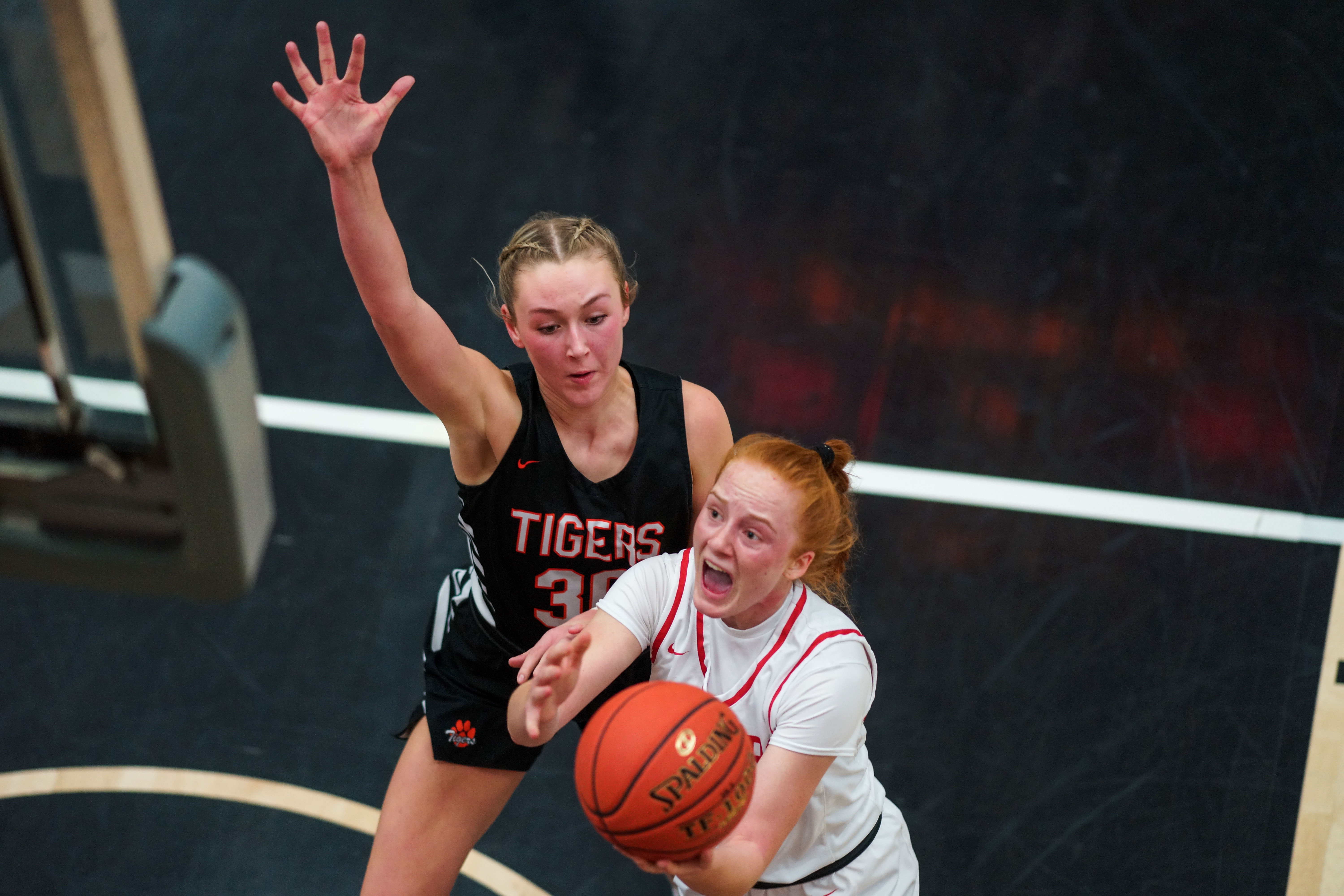 Austin junior Cassidy Shute (white) drives to the basket in search of 2 of her 18 points Thursday against Farmington. Shute's Packers avoided their first loss of the season, with a 64-59 win. Photo by Korey McDermott, SportsEngine 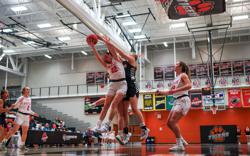 "Our time" is emblazoned in capital red letters on Austin’s warm-up shirts.

The rallying cry is short and sweet.

With oodles of experience returning for a Class 3A state quarterfinal team two of the past three seasons, the Packers believe they’ve got a golden opportunity for more.

What better way to get battle-tested for the postseason than to bump up a weight class for a holiday season nonconference showdown.

Farmington thought it was time for an upset, but a veteran Austin team came back from a halftime deficit to win on the road, 64-53, Thursday.

"'Our time’ means a lot to us because it’s our time to shine,” said junior wing Cassidy Shute, who scored 15 of her co-game high 18 points in the second half. “We’ve made state a lot of times, and this is our time to go get the state championship. That’s our goal with playing hard in all these games. It’s not about winning all these games, but it’s a really big accomplishment, too. We’ve just got to exert all our energy because everyone wants to beat us and we want to beat everyone else, too.”

Senior wing Rose Wille is the leading returner whose seen her scoring output nearly double to over 13 points per game. Farmington coach Liz Carpentier praised Wille for making the transition from fourth option and a relative young gun on the team to a wily veteran ready that's atop the opponent's scouting report.

"She brings a lot of energy," Carpentier said. "She makes plays on both ends of the floor that our younger kids are struggling to make. She gets rebounds, she’s first to the loose basketball, she’s going to face a lot of double teams, and we’ve talked about that, too."

Wille sunk two of the Tigers’ seven first-half 3-pointers that gave them a 36-33 halftime lead. They looked like a new team after suffering a 78-50 loss to Maple Grove two nights prior.

The Crimson were the fourth top-20 state ranked opponent the Tigers (3-8) have met this season based on the Dec. 29 Minnesota Basketball News rankings. The Packers (8-0) were the fifth and are No. 2 in Class 3A.

“I think that I bring leadership trying to bring in these new girls, especially the freshmen and 10th graders,” Wille, who led the team with 12 points, said. “We have a junior who’s never played in our program. They’re learning our philosophy and trying to get it right away instead of playing a couple games and then understanding what we do.”

Neither team built a comfortable lead in the first half. Farmington showed marksmanship from deep, and when Wille wasn’t connecting from beyond the arc, she was passing out of double teams in the paint out to open shooters.

“We fixed a few things at halftime, defensively, and threw three different looks at them in the second half,” Austin coach Eric Zoske said of various man-to-man and zone looks, as well as some traps. “We just wanted to keep them off guard and keep them on their toes. They had too much momentum in the first half.”

Shute told Zoske she could handle the assignment of Wille alone in the second half. Her assertiveness allowed Austin’s talented senior backcourt of twins Hope and Emma Dudycha and junior Olivia Walsh to focus on guarding the 3-point stripe.

Wille still finished with 12 points but had to work for each of them. Senior guard Grace Schaffer added 11 points for the Tigers.

Austin opened the second half on a 9-3 run. The Packers improved from one made 3-pointer in the first half to four in the second, three coming from the hand of Shute.

That opened up the paint for senior center Reana Schmitt. She was one of several Packers who navigated well in the paint on post moves or drives to the basket, joining Shute with 18 points.

Schmitt's screens played a part in Austin continuously getting to the basket on pick-and-rolls.

Walsh had 14 points and Hope Dudycha 12.

"I want to shout out Liv for having a big game tonight," Shute said. "She kept taking it to the rim and had big rebounds. Also Reana had a lot of big rebounds and stepped up to the plate driving it on the girls."

Zoske said his entire starting lineup has designs of playing college ball. His three seniors have received offers and are weighing their decisions.

For now, they’re having a lot of fun playing with each other and knocking off metro suburban powers along the way. Thursday was the two schools' first matchup in over a decade, if not the first ever.

"This is a school with a rich tradition. It’s a tradition of tough," Zoske said of the opposition. "We’re well aware of their success. Any time you beat the name Farmington, that’s a big deal to us." 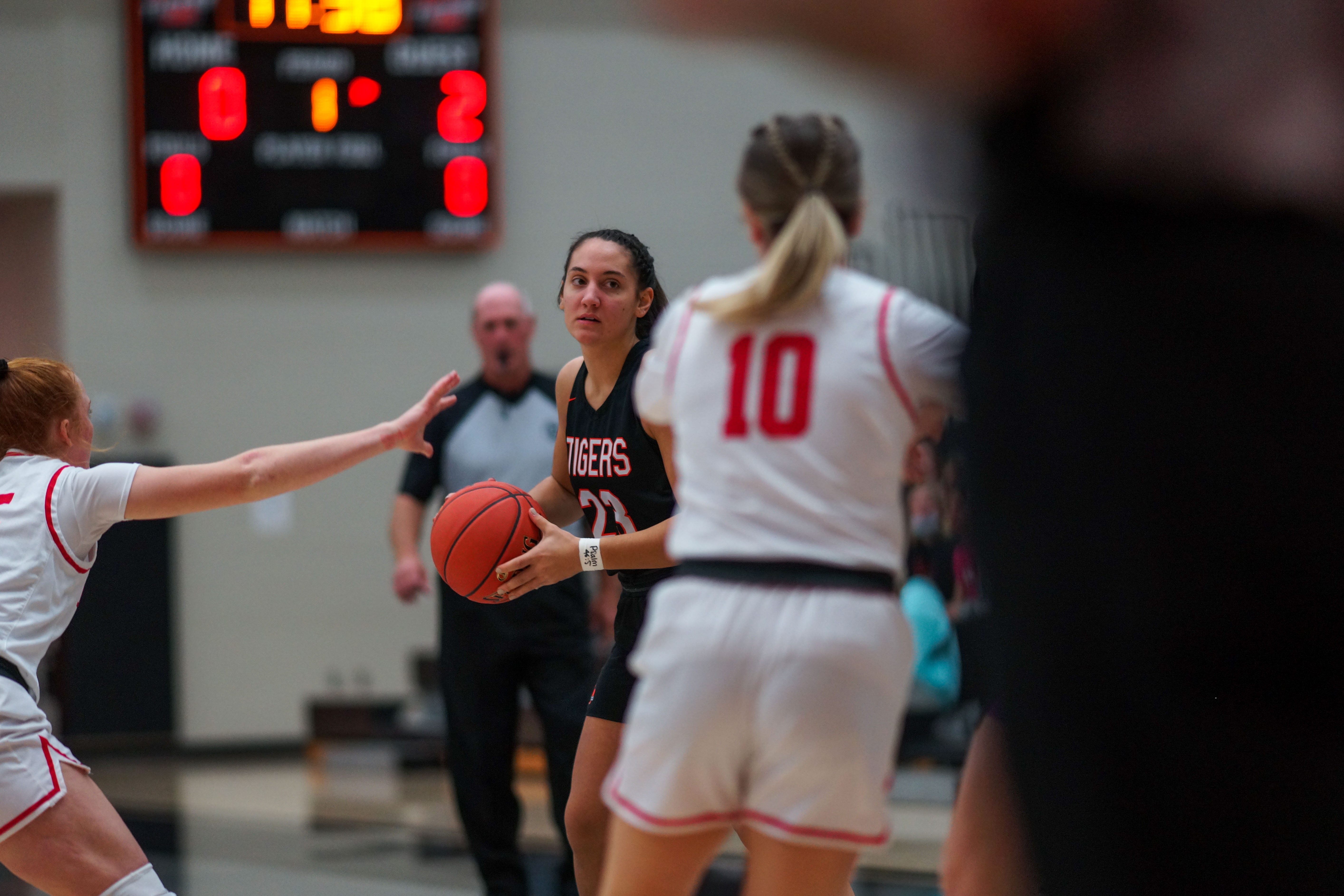 Austin’s unblemished record appeared in peril at halftime, but the veteran-laden Packers peaked at the right moment

Trailing by three points at the midway point, Austin surged for a 64-53 road victory against a young Farmington squad Thursday.

Farmington (3-8) had the hot hand from beyond the arc early, hitting seven 3-pointers en route to a 36-33 halftime advantage.

The Tigers went without a triple in the second half.

After hitting just one three in the opening 18 minutes, Austin (8-0) sunk four in the second half and opened on a 9-3 run to retake the lead that steadily grew as the half wore on.

Junior wing Cassidy Shute sunk all three of her triples in the second half as well as poured in 15 of her co-team high 18 points. Senior center Reana Schmitt also had 18 for Austin, which is ranked No. 2 in the Dec. 29 Class 3A Minnesota Basketball News rankings. Junior wing Olivia Walsh was also in double figures with 14, followed by 12 for senior guard Hope Dudycha. 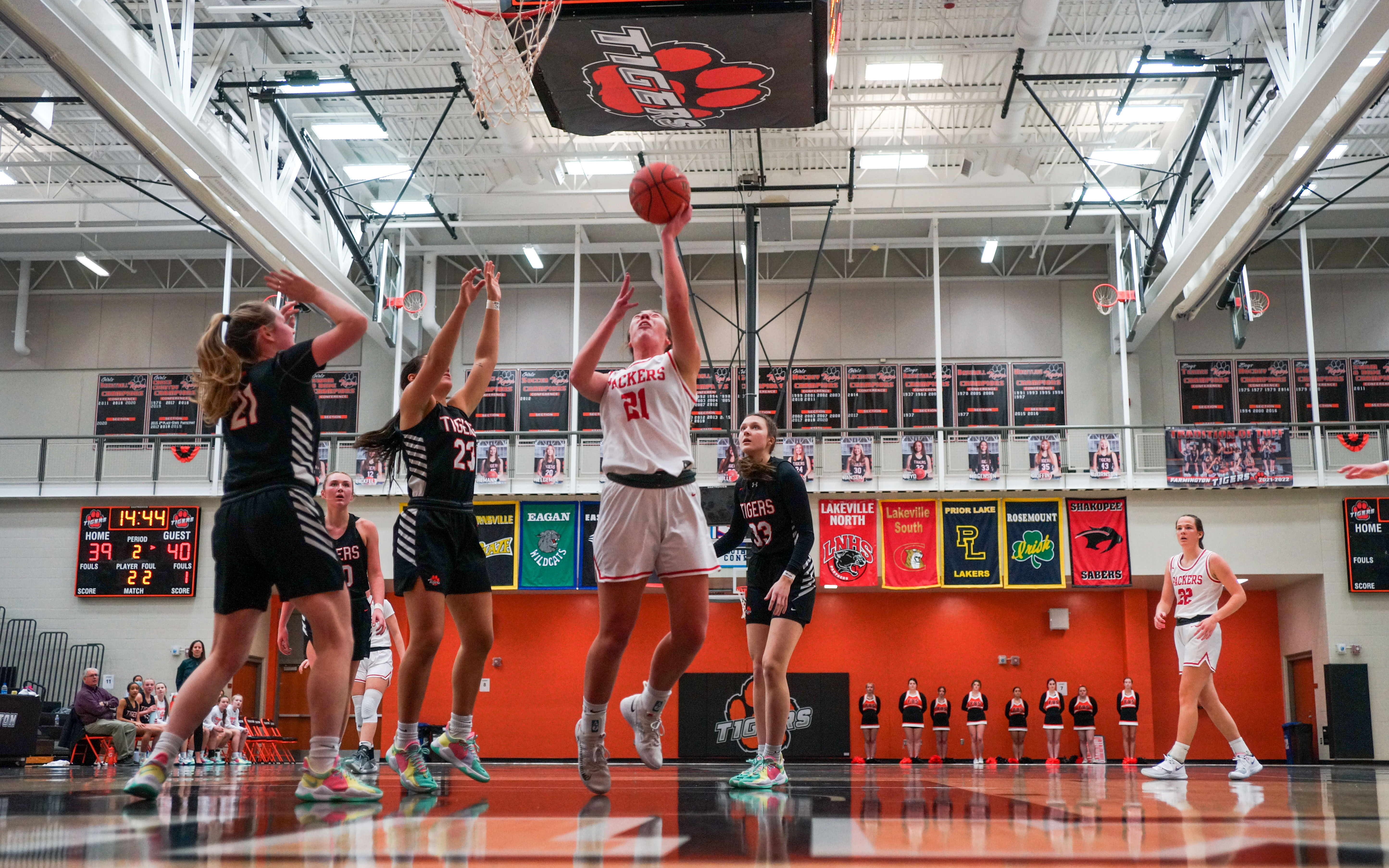