Minneota holds off furious comeback to win Class 1A championship

The Vikings held off Belgrade-Brooten-Elrosa for a 48-45 victory to finish the season undefeated. 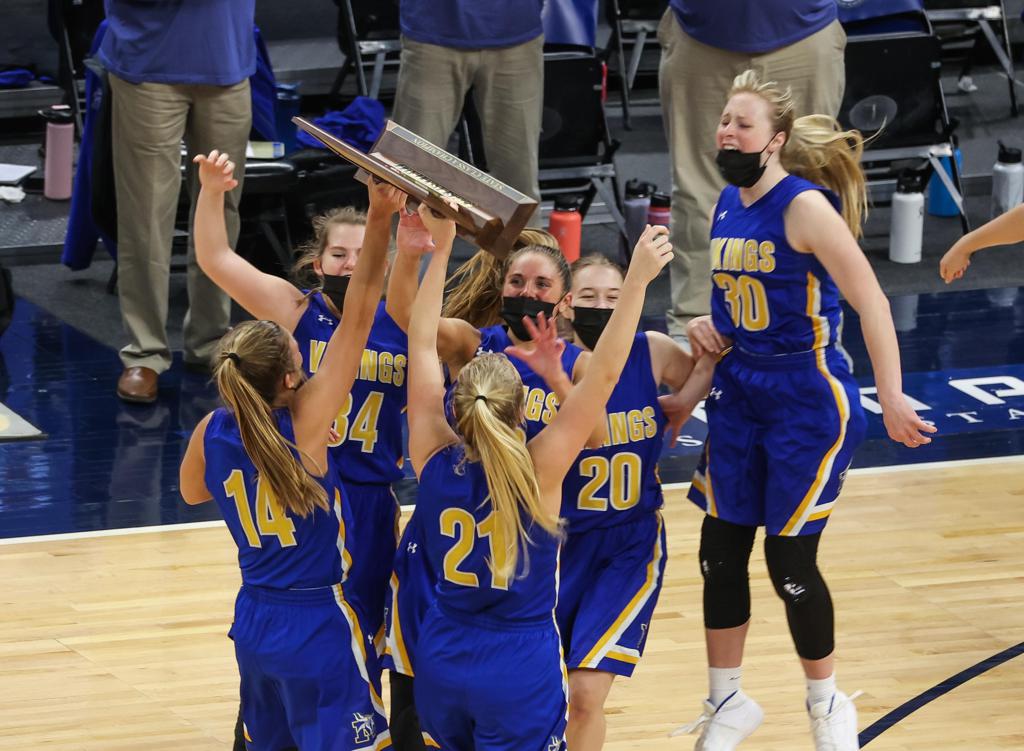 Minneota players celebrated winning the Class 1A title after holding off Belgrade-Brooten-Elrosa 48-45 on Friday at Target Center. Photo: Cheryl A. Myers, SportsEngine

Going into the Class 1A championship game on Friday, Minneota had won 55 of its previous 56 games. In that time, only five of the Vikings’ victories were decided by less than 10 points.

Belgrade-Brooten-Elrosa, the Vikings’ opponent on Friday, was involved in two of those games.

So when the Vikings opened a 16-point lead against the Jaguars, Minneota coach Chad Johnston didn’t relax.

“Never once did I feel comfortable,” Johnston said. “We knew at some point they would crank up their defensive pressure.”

The Jaguars stormed back to pull within one in the final 15 seconds before the Vikings held on for a 48-45 victory. 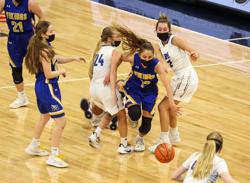 The championship was the second in three years for the Vikings (25-0). They won the title in 2019 and advanced to the semifinals in last year’s tournament before it was called off.

“They had played great defense the whole game,” Johnston said. “Even when we had the 16-point lead, they had kept their composure.”

Minneota’s Abby Hennen made two free throws with 2.8 seconds left to clinch the victory. Hennen and teammate Abby Rost each scored 12 points to lead them.

“Abby (Rost) and McKenna Yost gave us a big lift,” said Johnston. “(The Jaguars) did a good job on Hennen and Natalee Rolbiecki, and we talked about needing others to step up.”

Allisa Knight and Josie Knutson each scored 11 for the Jaguars (23-2). Knutson scored five points in the final minute, including a basket with five seconds left to get the Jaguars within 46-45.

The Vikings and Jaguars met in Minneota on Feb. 20, with the Vikings winning 42-38. Last season, the Vikings edged the Jaguars 45-44. 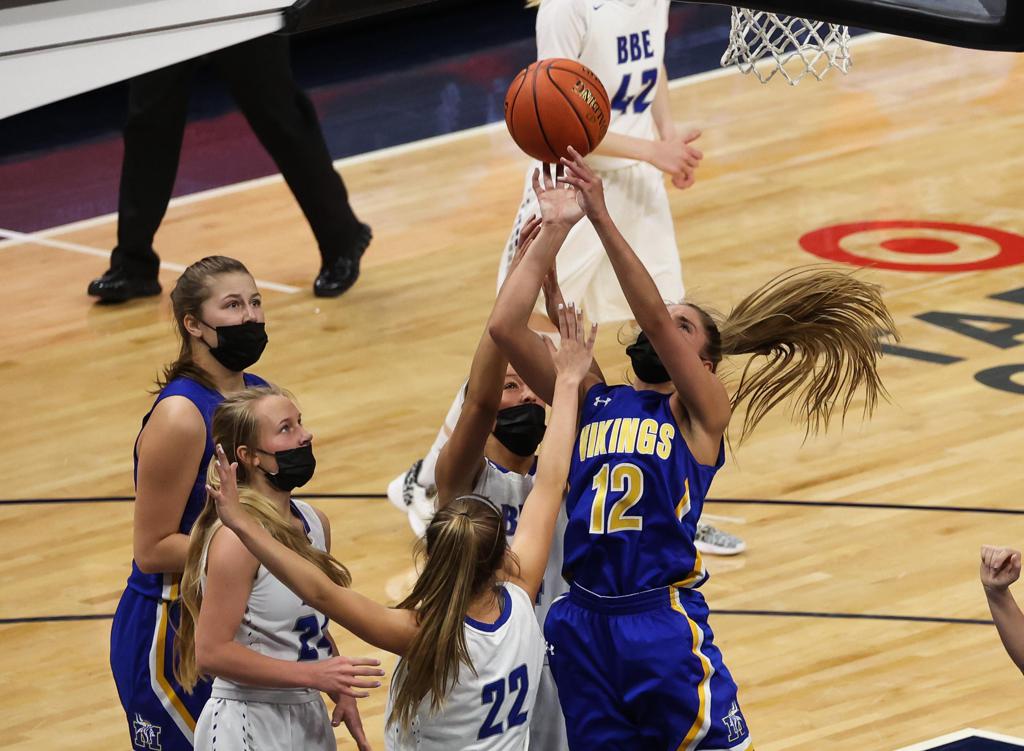 Minneota held on for a 48-45 victory over Belgrade-Brooten-Elrosa in the Class 1A championship game on Friday at Target Center.

Minneota led by as many as 16 points in the second half before Belgrade-Brooten-Elrosa outscored the Vikings 21-6 to pull within one, 46-45, with three seconds left.

Abby Hennen made two free throws with 2.8 seconds remaining to clinch the victory for the Vikings (25-0).

Hennen and Abby Rost each scored 12 points to lead the Vikings, who earned their third state title since 2013. The Vikings won the title in 2019 and reached the semifinals in 2020 before the tournament was called off.

Allisa Knight and Josie Knutson each scored 11 for the Jaguars (23-2). Knutson scored five points in the final minute to pull the Jaguars within one.

Minnesota got off to a slow start with just one field goal in the game’s first six minutes. But midway through the first half, the Vikings put together a 14-2 run over a three-minute span to open a 23-10 lead. They held a 28-18 lead at halftime.