View which players from all four classes received honors. 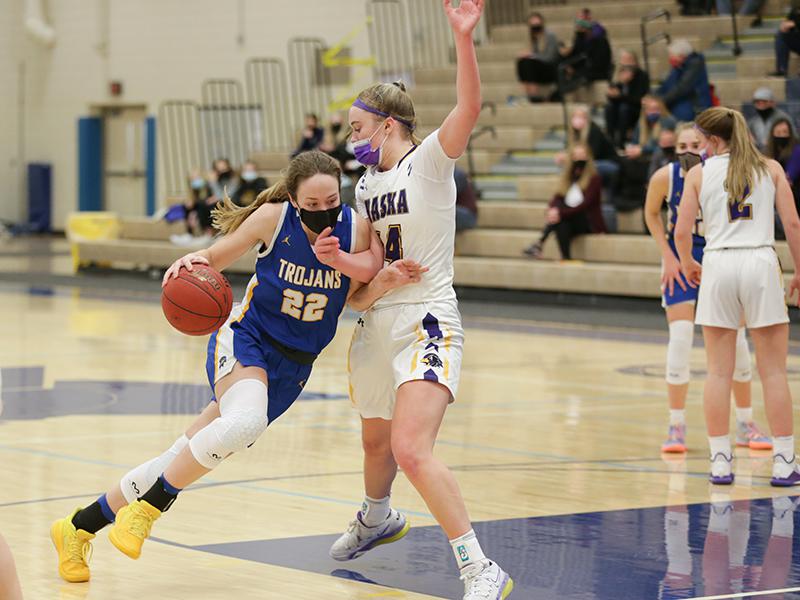 Jenna Johnson (22) is one of two Wayzata players to receive Class 4A all-state honors this year, while Mallory Heyer (right) was Chaska's lone representative. Photo by Jeff Lawler, SportsEngine

Ten players from each of the state’s four classes were selected to Minnesota’s 2021 all-state teams by the Minnesota Girls Basketball Coaches Association in mid-March.

Five of the 10 Class 4A honorees play out of the Lake Conference, including Wayzata’s Jenna Johnson and Mara Braun. Johnson produced a team-best 21.5 points per game this season for the Trojans while Braun dropped 18.2 points a game. The duo powered Wayzata to an 11-7 overall record this year and a runner-up finish to Hopkins in the Class 4A, Section 6 playoffs.

Hopkins, the top-ranked team in Class 4A, has won 78 consecutive games and boasts Maya Nnaji, the Star Tribune Metro Player of the Year. The 6-foot-4 center averages 20.3 points and eight rebounds per game. Amaya Battle, an all-metro second team pick, is the other Royals player chosen all-state with 12.9 points per contest.

Kiani Lockett of Minnetonka, a second team all-metro honoree, is the fifth Lake player to make the cut. Lockett was the Skippers’ top scorer this year with 14.9 points per game. She helped guide Minnetonka to a 15-5 overall record, which includes a loss to Chaska in the Class 4A, Section 2 championship game. Lockett had 18 points in the 61-43 defeat while Chaska’s Mallory Heyer, an all-state and all-metro first team honoree, scored 14 points. Heyer’s Hawks soared into the Class 4A state tournament with Heyer recording 21.7 points per game.

View the tables below to see the complete all-state teams as well as who was selected to the honorable mention lists.