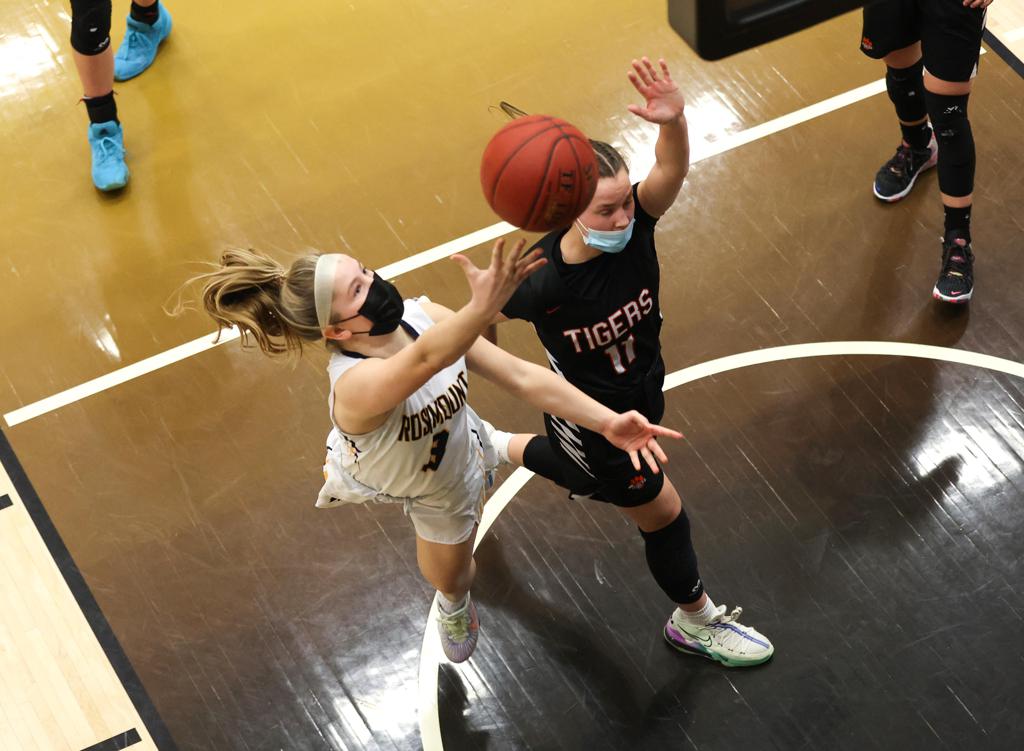 Rosemount's Ava Thompson (3) gets past Farmington defender Paige Swanson (11) for a layup in the first half. Photo by Cheryl A. Myers, SportsEngine

In the days leading up to Tuesday’s Class 4A quarterfinal game against undefeated Farmington, Rosemount coach Chris Orr was wearing out the keyboard on his cellphone, sending text after text to his players.

“I kind of used the Tom Brady analogy. He kept texting his teammates before the Super Bowl, ‘We’re going to win, we’re going to win,’” Orr said. “That’s what I did for the last four, five days. We had to get them to believe, that they could come out and beat that team.” 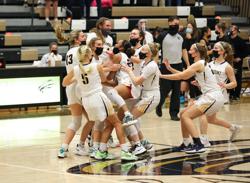 Clearly, it worked. Rosemount, which had lost two previous games to Farmington, broke out to an 11-1 lead and was never headed, defeating the Tigers 52-44 to advance to next week’s semifinals against Centennial.

Alexa Ratzlaff added 18 points and Ivory Finley 13 for the Irish, who used a stifling 3-2 zone defense to make things difficult on Tigers 6-4 senior post Sophie Hart. Hart, who has signed with North Carolina, finished with a quiet 14 points.

The last time the teams met, the outcome was in doubt until the game’s final moments. Farmington won by five points. That played into Rosemount’s performance Tuesday, giving the Irish the confidence they needed to compete with the Tigers.

“For sure, we knew we were almost there,” said senior guard Helen Staley, whose ball-handling and defense on Hart were invaluable to the Irish. “Our coach was texting us all week, instilling confidence in us.”

That confidence showed immediately in the form of a big lead. “That made believe even more,” Staley said.

Rosemount (19-3) was named Section 3 champ when its opponent for the final, Lakeville North, was forced to pull out because of COVID exposure. Winning a championship without having the chance to celebrate only made Tuesday’s victory sweeter, Staley said.

“It just meant that we had more built up energy for this one,” she said. “We wanted this one more than anything.”

Peyton Blandin led Farmington (21-1) with 26 points, many coming on a late spate of three-pointers.