Feb. 18: The Skippers hope to avenge their late-January, one-point loss on the Royals' home court. 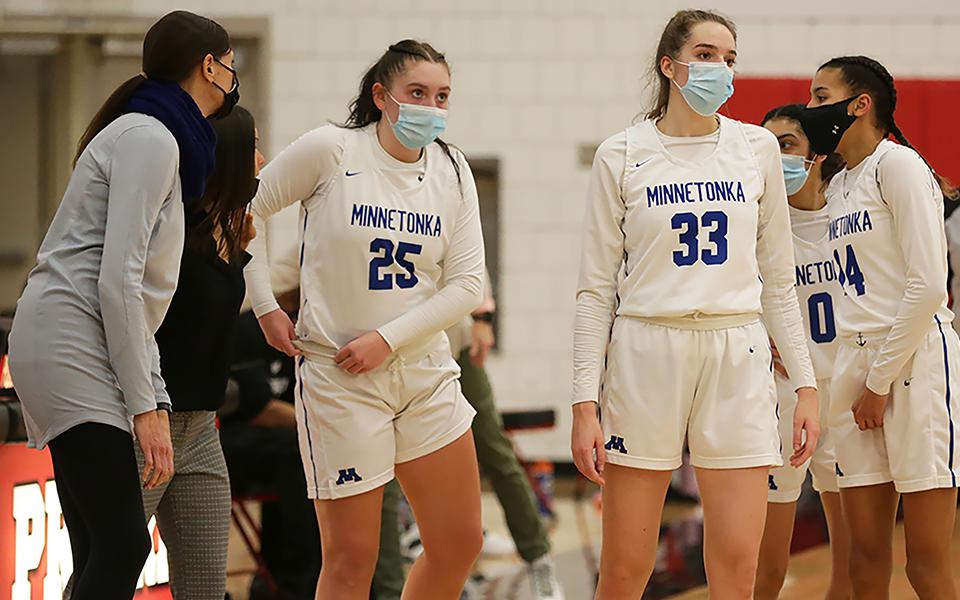 Unbeaten and top-ranked Hopkins defeated Minnetonka by just one point on Jan. 26 at home. The Skippers are hoping to return the favor this Thursday on their own home floor. Photo by Jeff Lawler, Sports Engine

Maple Grove vs. Elk River, 7 p.m., Wednesday, Feb. 17. It's a big week for No. 8-4A Elk River (9-0), as the leader of the Northwest Suburban Conference's West Division hosts two teams from the league's North Division that are undefeated to start the week. It starts Wednesday night with a game against No. 7-4A Maple Grove (9-0), although the Crimson may still be missing all-time leading scorer Jordyn Lamker (16.8 ppg). The Elks have won all but once by double-digits this season and have four double-figure scorers, led by Johanna Langbehn (14.4 ppg).

Centennial vs. Elk River, 7 p.m., Friday, Feb. 19. Two days later, the Elks host No. 4-4A Centennial (9-0) to end one of the their toughest stretches of the season. The Cougars feature great length with Wisconsin Green Bay commit Jenna Guyer (11.9 ppg) at center and North Dakota bound Jodi Anderson (15.2 ppg) on the wing.

Lake Park-Audubon vs. Fosston, 7:15 p.m., Tuesday, Feb. 16. Matchups between unbeaten teams are becoming rarer as the season progresses, but there's a big one this week in the Pine To Prairie Conference, as No. 6-1A Fosston, 9-0 and leading the North Division, hosts Lake Park-Audubon, which is 5-0 and atop the South Division.