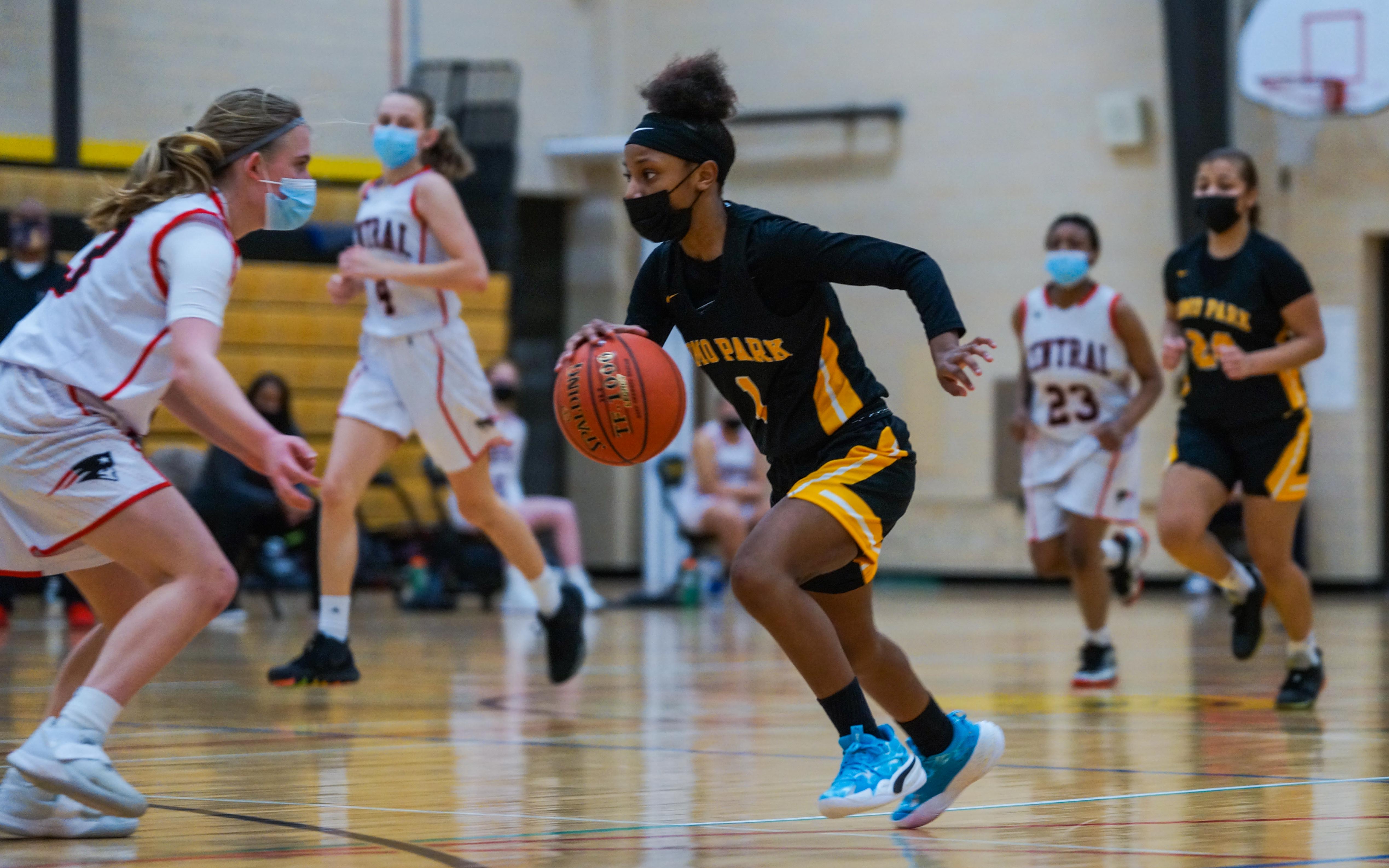 St. Paul Como Park may score a full regular season’s worth of points in just 10 games.

The state’s top-scoring team entered Thursday’s tip off against rival St. Paul Central averaging triple-digit scoring per night and came close to that mark again in a 90-51 home victory over St. Paul Central.

With that offensive potency, the Cougars, ranked No. 4 in Class 3A by Minnesota Basketball News, not only cemented their spot atop the St. Paul City Conference standings, they extended their conference win streak to 67 games — a successful run which extends back to 2015.

Due to COVID-19 precautions, league teams are sticking to a conference-only, 10-game double-round-robin schedule for 2021. The Cougars (5-0) are used to testing themselves against a stingy non-conference schedule. They’ll have to rely on capital city dominance to boost their section playoff seeding resume.

“I take a lot of pride. I was born and raised in St. Paul, so playing in this conference I've been here before. I graduated from Highland Park, so I know how it is,” said Como Park first-year coach Olanda England. “Of course, it's a little bit less than what it's been competition-wise the last couple years but just trying to keep basketball in St. Paul means a lot to me. That's why a lot of the girls that are from St. Paul are here at Como.”

England is particularly happy to have junior guard Ronnie Porter. She’s among the state’s scoring leaders at over 26 points per game and was a flamethrower in the first half Thursday.

Central (4-1), meanwhile, had won all four of its games heading into Thursday’s tilt by double-digit margins. The Minutemen were competitive early, knotting it up 8-8 and cutting the deficit to 20-16 midway through the first half.

But Porter decided enough was enough.

She sank six of her eight three-pointers in the opening 18 minutes, scoring 22 points by halftime to help Como Park end the half on a 26-6 run. Porter finished with a game-high 30 points.

The rout was on with the Cougars leading 46-22 at the break.

“I kind of see Central as a rival team, they'e the best team we play in our conference,” Porter said. “Once I hit one, I just concentrate on hitting another one and hitting another one. Once they start falling, I feel like I'm in my groove.”

Central averaged nearly 70 points going into the matchup. The Minutemen kept Como Park spread out by making nine three-pointers. Senior guard Alayzja Campbell had three of them on the way to a team-high 15 points.

Campbell’s one of just two seniors on the Minutemen roster, though the team has no shortage of experience.

“They're a good group of girls,” Minutemen coach Marlon McCoy said of his team. “I threw them all in the fire three years ago when I got the job. To see them as juniors and seniors now, you can see the maturity and the difference from when I first got here.”

The teams will meet again March 8 at Central in what is shaping up to be the Cougars’ top tune-up before the section playoffs.

The Cougars are confident in their offensive firepower. Joining Porter in double-figure scoring Thursday were Cloey Dmytruk with 16 points and Kaylynn Asberry with 15 points. One of two seniors on the roster, and the team’s only senior starter, Demya Riley added 15 points.

“Defense, for sure,” England assessed of what needs to be shored up for March and April. “We definitely need to work on our defense. Just moving the ball, attacking the bucket. Our shots will fall from three, but we also need to get to the rim as well.”

Porter has goals as lofty as her effortless jump shots.

“Even though we're playing teams in our city, we love to put on for our city, and give our city a name,” Porter said. “Right now, we're doing it great and we're going to keep doing it until we get our name bigger and try to win state so our city is on the map.” 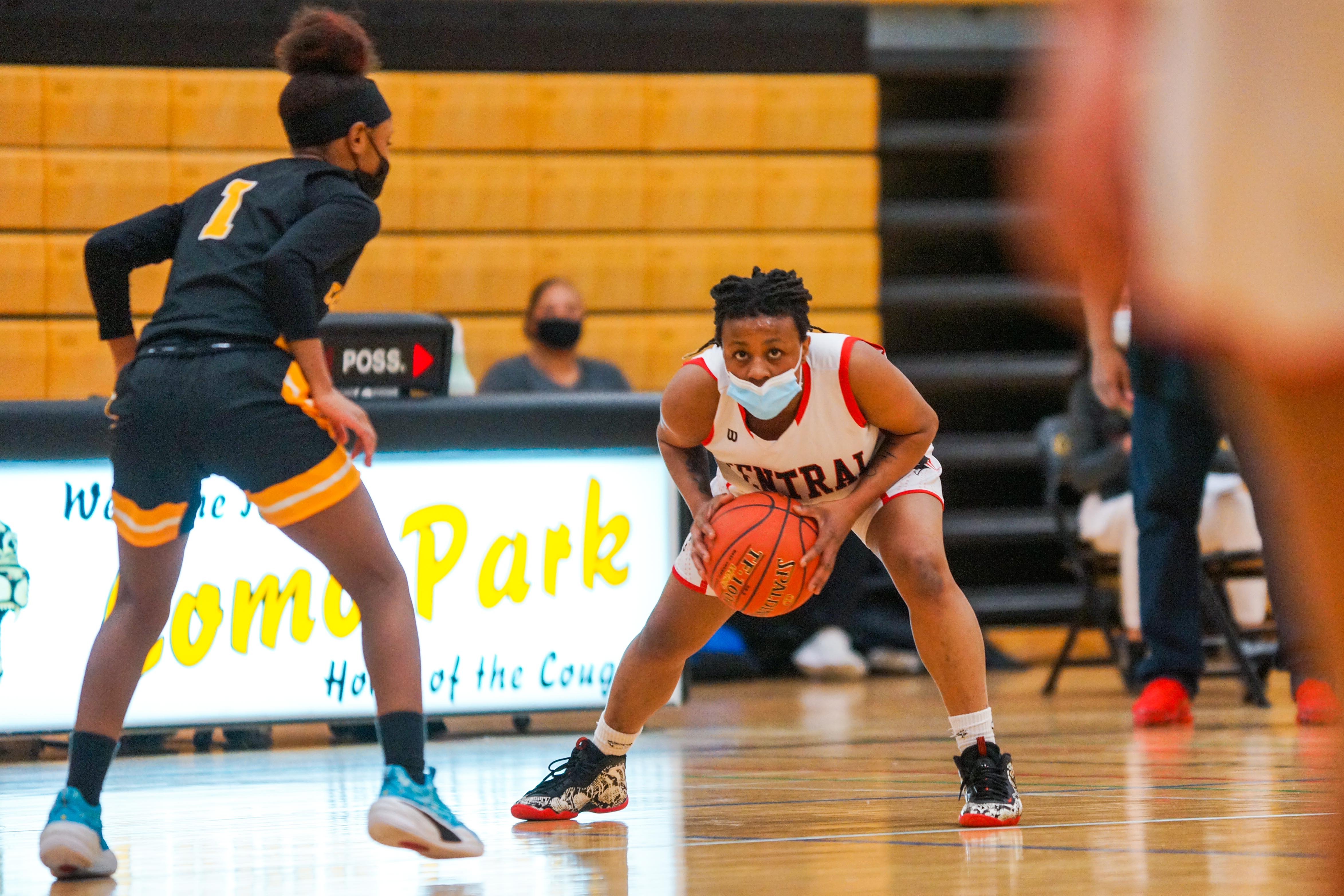 Central, which was the last team to beat the Cougars in league play back in 2015, went into Thursday’s tip off with each of its four wins this season coming by double-digit margins.

The Minutemen (4-1) were competitive with the Cougars (5-0) in the game’s opening minutes, playing to an 8-8 early score. Central kept pace with its rival until the Porter show began when Como Park had a 20-16 lead.

Porter, a junior guard, was the catalyst for Como Park’s blistering surge into the halftime break. She scorched the net for six first-half three-pointers, helping her team to a 46-22 lead at the break.

Porter got a lot of help from teammates, too, with Cloey Dmytruk scoring 16 points, and Demya Riley and Kaylynn Asberry each added 15 points for the Cougars.

Central’s offense was spearheaded by senior Alayjza Campbell, who had 15 points. The Minutemen also got 12 points apiece from Anna Rykienwich and Aaliyah Hamilton.

The Cougars, ranked No. 4 in the Class 3A by Minnesota Basketball News, came into the matchup leading all teams in scoring, regardless of class designation, with 102.5 points per game.

St. Paul City Conference teams are playing a 10-game, conference-only schedule in the 2021 season. Como Park and Central are scheduled to meet again March 8 at Central. 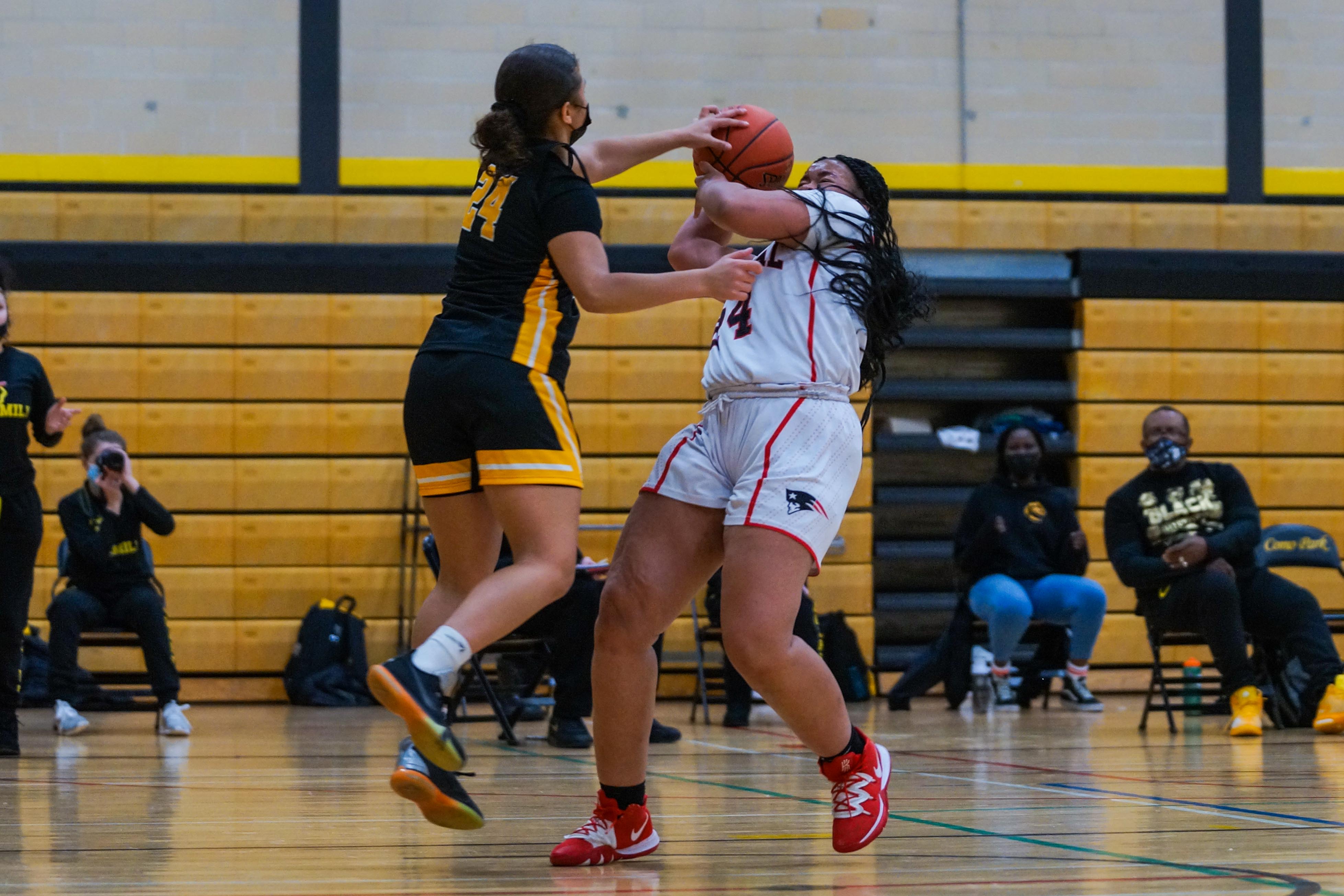