The Ponies' Alexis Pratt and Amber Scalia combined for 46 points, helping their team overpower the Rangers. 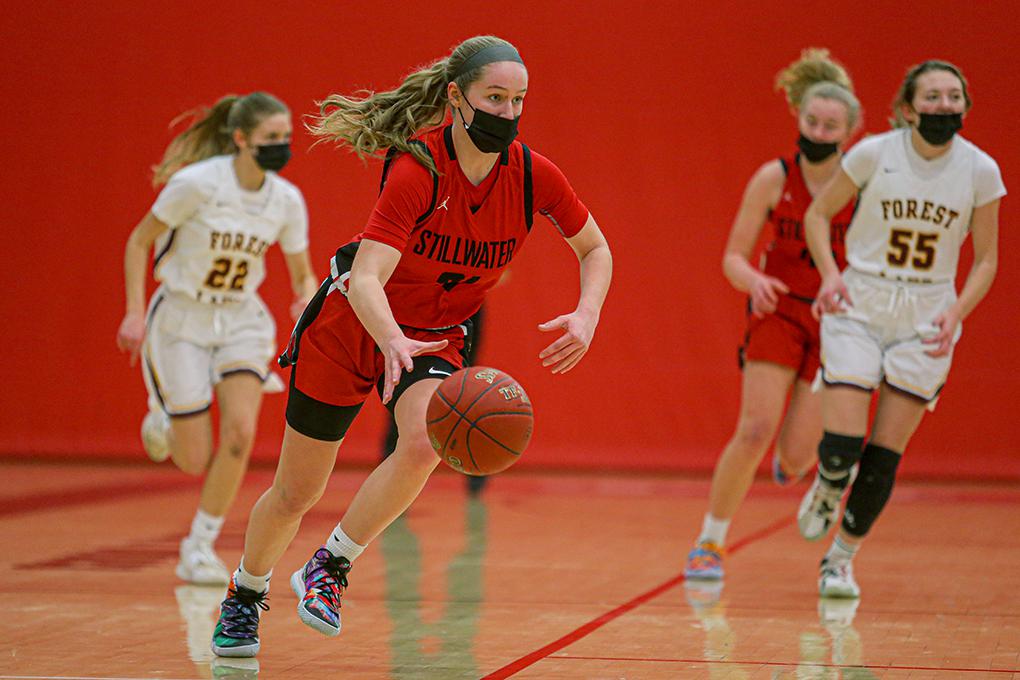 No wonder Forest Lake coach Jen Wagner could only shrug her shoulders and pass credit to Pratt’s Ponies after Stillwater jumped to an early lead and coasted to a 71-50 Suburban East Conference victory.

It’s become almost automatic, Stillwater winning a conference game. The Ponies have lost just one of their last 44 league games. Unbeaten at 8-0 this season, the Ponies, ranked No. 5 in Class 4A by Minnesota Basketball News, now hold a two-game lead over No. 10-4A Forest Lake in the Suburban East.

Much of the Ponies’ run can be attributed to Stillwater’s 5-5 senior guard, who has 101 points in her last four games and says she finally is getting in sync with her teammates. She showed that Tuesday in the Stillwater gym, when her shot was off the mark but she still forced the issue on offense while setting up junior teammate Amber Scalia, who scored 20 points, for open looks from beyond the three-point line. 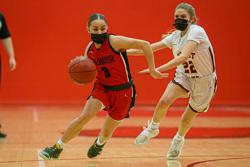 Scalia hit her first four three-point tries, scoring 12 points in the first half and helping Stillwater to an early lead that Forest Lake never could recover from.

“When my shots aren’t falling, I can go to the basket,” Pratt said. “If I see I don’t have a lane, I know one of my teammates is going to be open.”

Stillwater coach Willie Taylor said Pratt sees the court as well as anyone and knows where her teammates are — and will be — on the floor all of the time. He said Pratt is soaking up knowledge of the game and it shows in her dynamic play.

“She is just one of those incredible players,” Taylor said. “If I weren’t coaching, I would pay to watch her play. She’s still learning this game and she makes all of her teammates better players.”

Pratt did score 17 points in the first half, mostly a result of her super-aggressive play, hard drives to the basket when she changes direction in a flash, and alternately bulls through and dances around defenders.

“I don’t know how people can guard her,” Taylor said.

But it was Scalia’s shooting in the opening minutes of the game that set the tone. Wagner said her team did a good job at the start in forcing the Ponies to take tough shots and gave credit to Scalia and others for making those shots.

The Rangers (6-2) will get another opportunity to turn the tables on Stillwater in 10 days at Forest Lake.

The Rangers’ Logan Anderson, who scored 19 points, gave Stillwater plenty to deal with, especially in the second half when she attacked the basket and went to the foul line to make 10 of 10 free throws. Teammate Olivia Pekron contributed 12 points. 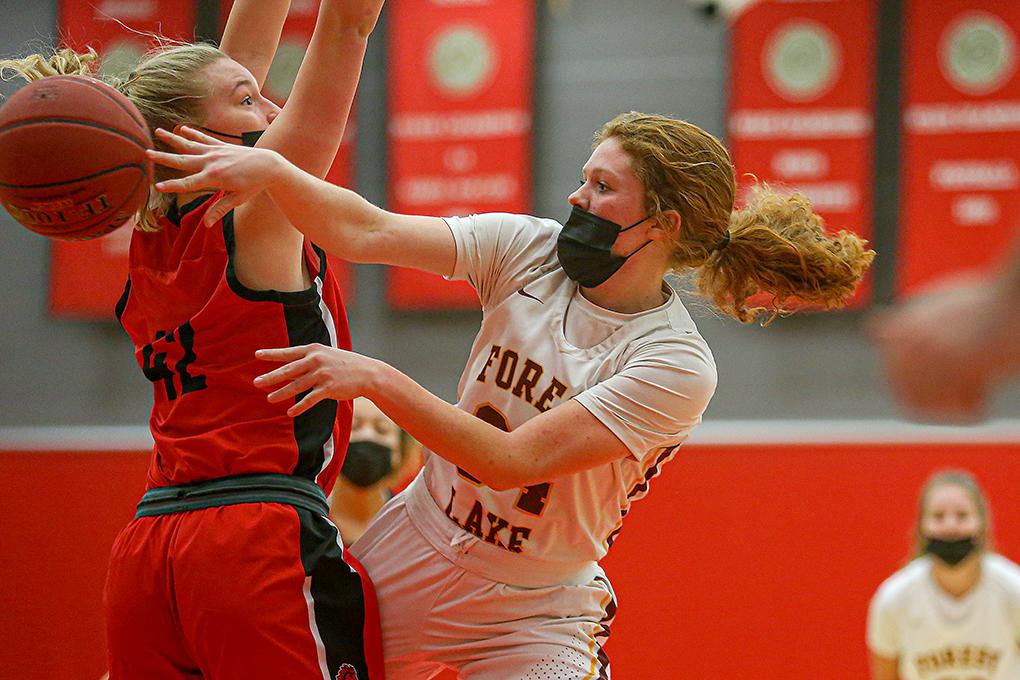 Alexis Pratt scored 26 points and Amber Scalia chipped in with 20 points to help Stillwater remain unbeaten, solidifying its hold atop the Suburban East Conference standings with a 71-50 victory at Forest Lake on Tuesday.

The victory was the 43rd in 44 conference games for the Ponies (8-0, 8-0). It also put Stillwater, ranked No. 5 in Class 4A by Minnesota Basketball News, two games ahead of the No. 10-4A Rangers in the conference standings.

Scalia made all four of her three-point field goals in the first half as the Ponies built a lead and forced Forest Lake (6-2, 6-2) into a game of catchup early on. Stillwater made seven three-point baskets and led 37-23 at the half.

Stillwater put on a soft press early in the first half and opened with it in the second, forcing turnovers and extending its lead with a 12-2 run. 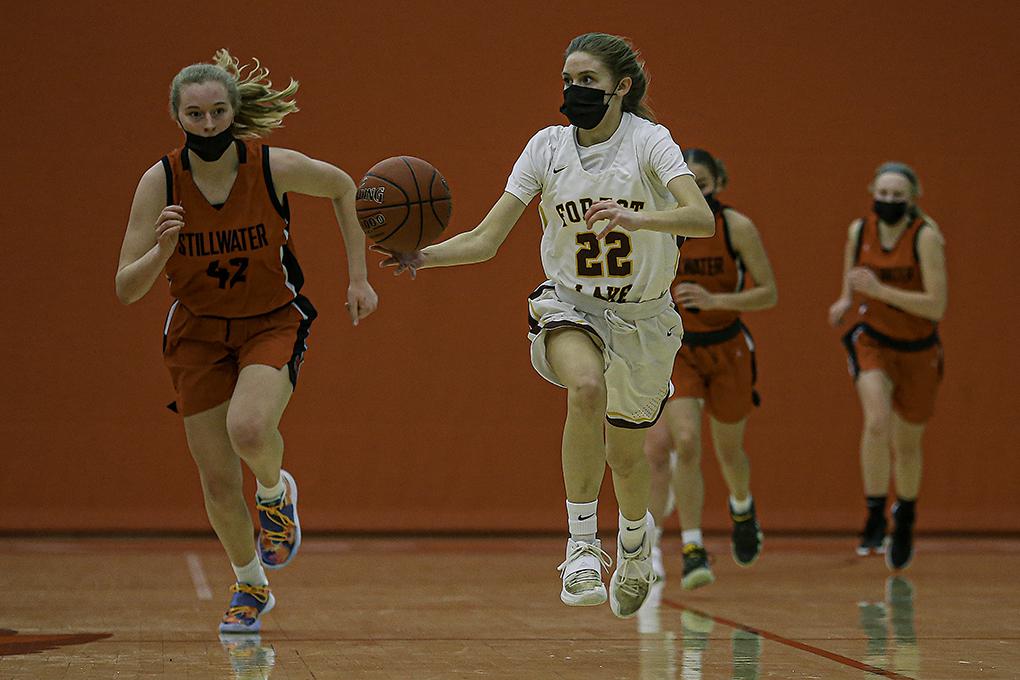