The Royals were led by 25 points from junior Maya Nnaji and got 18 from freshman guard Liv McGill. 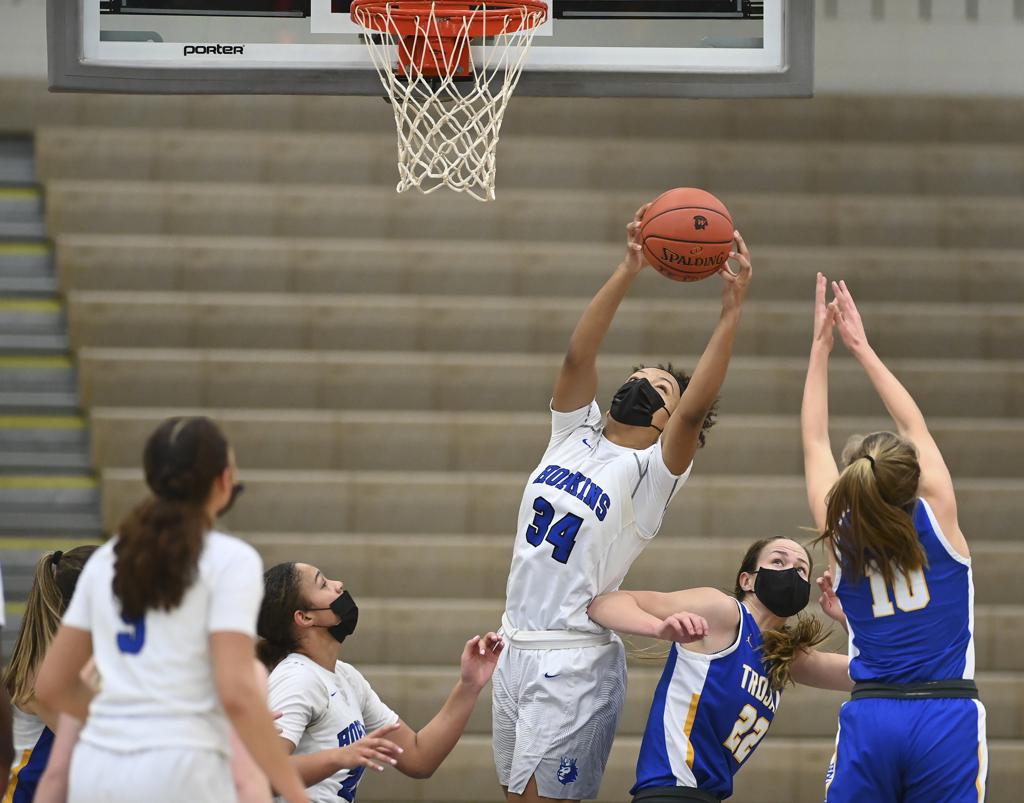 So far, so good. Or, in the case of the Hopkins girls’ basketball team, so dominant might be more apropos.

In their second game under new head coach Tara Starks, the Royals turned what had, in the recent past, been the most intense rivalry in girls’ basketball into a showcase for their depth and skill, routing Wayzata 102-52.

Starks – a highly-successful coach at the AAU level with a strong background with the Hopkins program -- admitted to being a bundle of nerves prior to the season, anxious to get the Royals going. Clearly, whatever buttons she’s pushing are getting the desired response.

Using an unselfish, balanced attack, the Royals raced out to a quick lead and never let up, building a 61-22 halftime lead. That kind of advantage against a team of Wayzata’s caliber would have had most coaches gushing. Boasting the most talented lineup in the state, Starks held back a little.

“They’re doing alright,” she said when asked about how we her team has played out of the gate. “We’ve still got a lot of work to do. I just keep telling the kids if they stay together and play together, utilize the tools they have, this will be the end result.”

That balance, Starks said, was an indicator the team is on the right track. “I look up at the board and I see all those double-figures,” she said. “These kids are not worried about who’s scoring the most points. They’re just playing together, making the right plays.”

Hopkins stretched its winning streak to 64 straight games. Over that stretch, no team has given the Royals a more consistent battle than Wayzata. The Trojans lost some significant starters to graduation, but return a dazzling Division I duo in junior Mara Braun and senior Jenna Johnson. Despite their presence, and the added boost from sharp-shooting sophomore guard Brynn Senden, who led the Trojans with 15 points, there was no stopping the potent Royals.

Most of the second half was played under running time.

“They were awfully, awfully good tonight,” Wayzata coach Mike Schumacher said of Hopkins “They’ve got size and athleticism and they shoot it. They’re very balanced, which makes it extremely difficult.”

The scoreboard looked a little lopsided from his point of view, but Schumacher was philosophical.

“It stings when you get thumped, but it’s how you handle it," he said. "How do you grow, how do you respond? When you wake up and look at the box score, do you feel sorry for yourself or do you come to gym and get better? And that’s what we’re trying to do.”