Life after Paige Bueckers: Talent-laden Hopkins sets sights on being even better 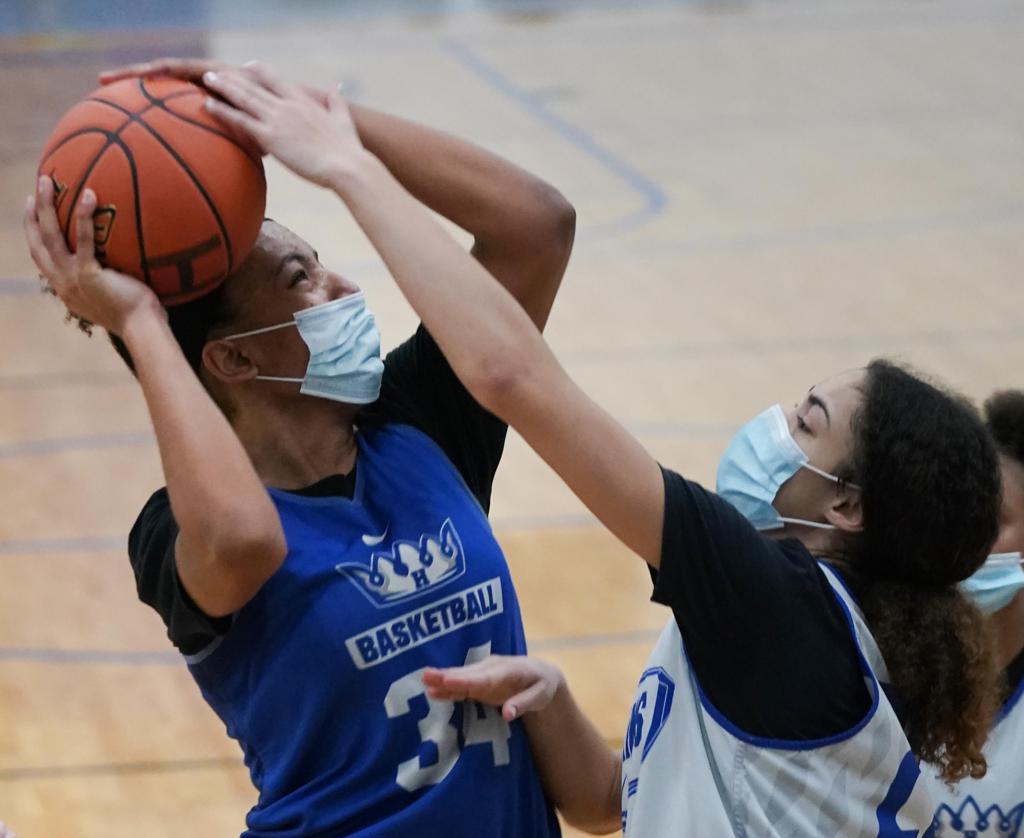 The differences around the Hopkins girls’ basketball team this season are obvious.

With the second-longest winning streak in state history (currently 63), the Royals walked into 2021 without the head coach who worked, willed and worried the program to 569 victories and seven state titles. Also missing was the player who was the consensus choice as the nation’s best high school player last year.

And it’s quite possible they may be even better.

They learned the game largely under the tutelage of coach Brian Cosgriff, who stepped down last summer. They honed their skills alongside now-departed Paige Bueckers, whose prodigious talents and endless quest to make her teammates better often masked growing pains.

Now it’s their turn to step out.

“We’re going to miss Paige, mostly as a leader and how she brought everyone together,” said the 6-4 Nnaji. “But now it’s time for us to step up and be the leaders she wanted us to be.”

Replacing Cosgriff as coach is Tara Starks, whose daughter T.T. played at Hopkins before a college career at Iowa State and Arizona. Starks has coached nearly all of the Royals at some point whether in AAU basketball, off-season training or fall leagues. She was a Cosgriff confidant, the two often bouncing ideas off each other.

“It helps to already know a lot of them,” Starks said. “They’re familiar with me, they know my expectations and how I coach.”

Starks said she’s reached out to Cosgriff often since taking the job, “anytime I have a question about something.’’

Nnaji, a prized college recruit with prowess as a defensive lane protector and an ever-expanding set of offensive skills, said Cosgriff and Starks have similar priorities but Starks’ approach is a bit less intense.

“He was so dedicated and had that fear of not being successful that it drove him hard,” said Nnaji, touching on the very thing that led him to stepping away. “Coach Starks, she’s not as uptight. She looks like us, so it’s easy to relate to her. We laugh a lot.”

Even with her extensive basketball experience, Starks said she was nervous going into the season.

“The first game? I definitely want to get that one over with,” she said last week. “I’m a little jittery. I haven’t slept much for the past few days.”

She needn’t have worried. Hopkins routed Class 4A, No. 5 Eden Prairie 73-39 in the opener. Nnaji led the team with 26 points. Newcomer McGill scored 20.
The 2021 version of Hopkins looked just as imposing as the previous editions had. Great news for Royals fans, not so much for opponents.

Nnaji said she thinks the Royals can improve on last year’s team, which reached the Class 4A championship game before the state tournament was canceled.

“Our chemistry is better than anyone could ask for. We’re all really close, like sisters,” she said. “We just need to improve on our offensive execution, but it’s still early. We’ve all grown, gotten better. As a team, we can be better.”

To Starks, building a team that works hard and plays together is the goal. Victories and championships are simply the residuals to be savored.

“I just want to know that they’re ready, they’re together and they’ll play hard and tough,” she said. “I just want them to be ready to go.”