The 6-4 senior is the top-rated state recruit in the girls' basketball class of 2021. 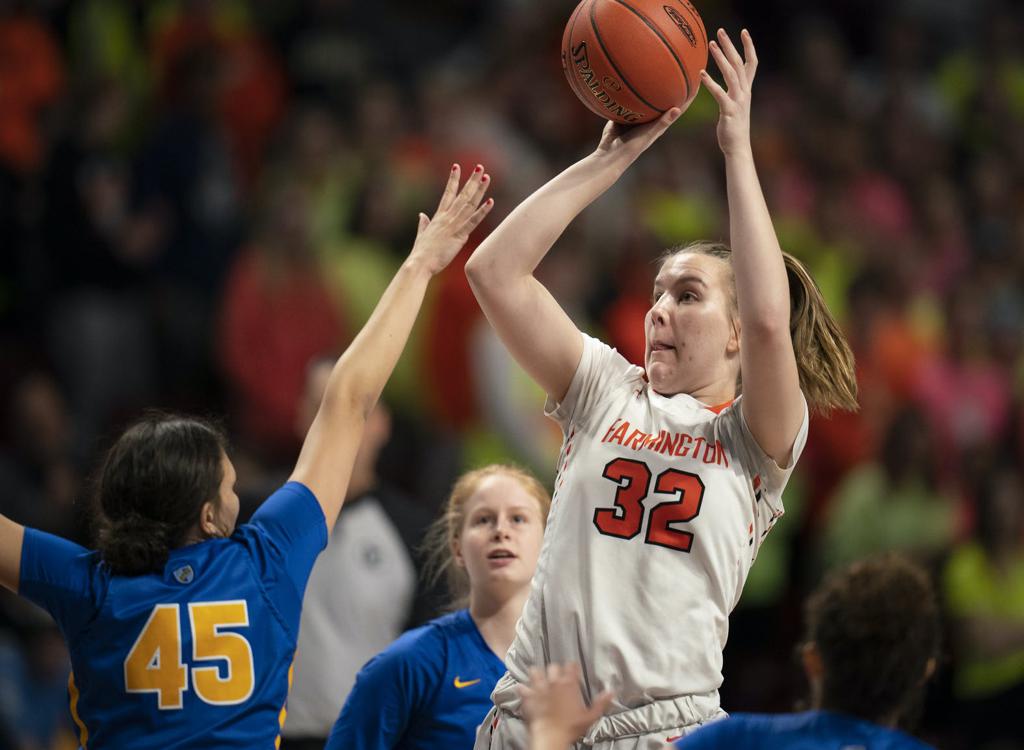 Farmington center Sophie Hart (32) put up a shot in the first half of the Tigers’ Class 4A semifinal game against St. Michael-Albertville on March 12, 2020 at Williams Arena in Minneapolis. Photo: Jeff Wheeler, Star Tribune

Farmington senior center Sophie Hart is ready for a new venture, one that will put her on Tobacco Road.

The 6-4 Hart announced Wednesday that she has decided to attend North Carolina State in Raleigh and play in the Atlantic Coast Conference. She selected the Wolfpack women’s basketball team from nearly 20 offers, including one from the Gophers.

“They are a post-oriented offense and I really like their coaching staff,” Hart said. She is playing for the Minnesota Fury this summer during the AAU season.

Hart called the decision “super tough I had a ton of great options. That’s what made it so hard for me.”

Hart is the No. 40-ranked prospect in the country by HoopGurlz recruiting. She is the highest rated state recruit in the 2021 class, according to the service.

“Sophie has improved her overall basketball IQ, especially last season,” Farmington coach Liz Carpentier said. “She is going to be fun to watch her senior year, and at the next level.”

Hart visited North Carolina State last fall before helping the Tigers to a program-best 29-2 record. Playing in their first state tournament, they won twice for a berth in the Class 4A state championship. They were scheduled to play undefeated Hopkins in the finals when the COVID-19 pandemic prompted the Minnesota State High School League to cancel the season a day before the championship.

“She has emerged into a great leader and we saw that in the state tournament,” Carpentier said.

Hart nearly had a triple-double (21 points, 16 rebounds and 8 assists) in a 78-59 victory over St. Michael-Albertville in the semifinals. She also had 16 rebounds in a 58-54 triumph over Eden Prairie in the quarterfinals.

“Being able to pass out of strong double teams is a strength of hers,” Carpentier said. “On the flip side of that, she can shoot over double teams and finish in traffic. She has gotten stronger each year, being more assertive and demanding in the paint.”

Hart is a dominant force in the lane at both ends of the court, averaging 17 points, 14 rebounds, two blocked shots, two assists and 1½ steals per game last season. The low-post player has excellent foot speed and enjoys running the court.

“Sophie covers a lot of ground on defense, and makes up for team mistakes,” Carpentier said. “Her overall game on both ends of the floor has improved.”