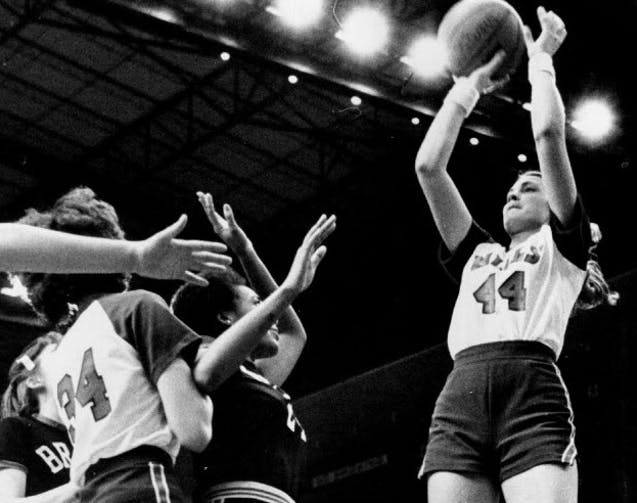 Minnesota’s first post-Title IX superstar in girls’ basketball gives a measure of gratitude to a high school janitor who, some 45 years ago, had the sense to leave the gym door propped open.

Janet Karvonen took it from there.

A self-described “rebellious teenager’’ from tiny New York Mills became a young activist for basketball, appearing on school board agendas at age 12. She became what she called “a pain in the neck’’ for the superintendent and board members.

Then-President Richard Nixon had signed Title IX legislation in 1972 that prohibited discrimination by gender of any federally funded education program.

On those school board agendas, “They put me last so I had to sit through two hours of the meeting before I could make my request for having open gym in the summer,” she recalled.

The teenager would leave her home, dribbling her basketball the entire eight blocks to the school. When she’d get there, custodian Arden Fosse “would prop the gym door open for me so I could work out,” she recalled.

Click here to read the rest of the story on the Star Tribune website. An online subscription is required.