Ten players from each class were chosen to their respective all-state team, while the honorable mention lists go quite a bit deeper. 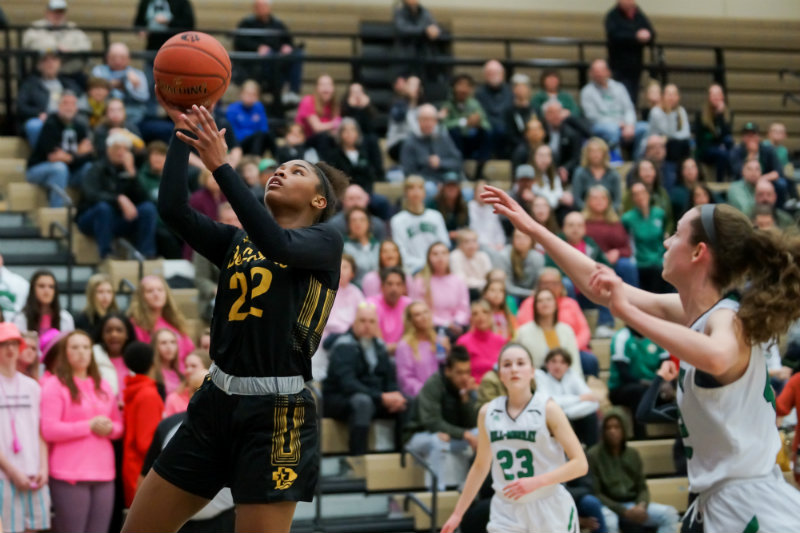 Nurjei Weems (22) of DeLaSalle was one of two Islanders selected to the Class 3A all-state team this season. Photo by Korey McDermott, SportsEngine

Class 3A is headlined by four picks from the two teams that were slated to play each other in the state championship game last weekend: DeLaSalle and Becker.

Nurjei Weems and Kiani Lockett represent the Islanders, while Becker had Julia Bengtson and Adeline Kent chosen. The athletes never got to play each other on the big stage for the championship hardware due to the remainder of the state tourney being canceled as a result of the COVID-19 pandemic but they do get to exit the season having gotten some recognition for their individual achievements.

Aside from DeLaSalle and Becker, no other teams in Class 3A feature multiple all-state picks.

From the Class 4A all-state team, undefeated Hopkins is represented by the Star Tribune's Metro Player of the Year, Paige Bueckers, a UConn commit, and her 6-foot-4 sophomore sidekick, Maya Nnaji.

Click through the tabs below to see who was chosen to each of the teams.