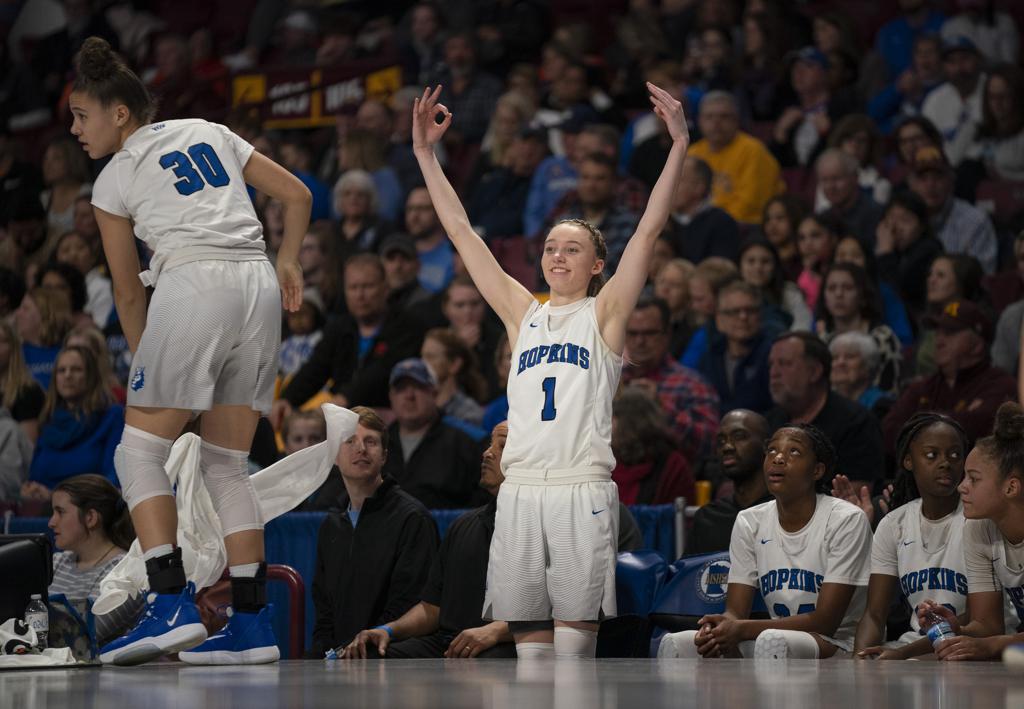 Hopkins guard Paige Bueckers (1) signaled a three-point shot from the bench in the final moments of her team’s victory over Stillwater on March 26 at Williams Arena in what proved to be her last game of her high school career. Photo: JEFF WHEELER • Jeff.Wheeler@startribune.com

To little surprise among basketball fans, Hopkins senior Paige Bueckers was named the winner of the 2020 Miss Minnesota Basketball Award.

Bueckers, who has committed to UConn, finished her high school career with more than 2,800 points and led Hopkins to the 2019 Class 4A state championship. Hopkins ended the season having won 62 consecutive games and reached the 4A championship game before the state tournament was cancelled due to COVID-19 virus fears.

Her latest honor, given to the top senior, is from the Minnesota Girls’ Basketball Coaches Association The announcement was made on WCCO Radio, where Bueckers told WCCO radio host Mike Max that her senior season, despite its disappointing ending, was one of her more fulfilling.

“This year has been probably one of the best years of my life,” she said. “My teammates and coaches, we were so close and so together.”

Bueckers is the third player from Hopkins to be named Miss Minnesota Basketball. The others were Leslie Knight in 2004 and Nia Hollie in 2015.

Kacie Borowicz of Roseau won the award in 2019.

The 2020 Mr. Basketball award winner will be named Wednesday.