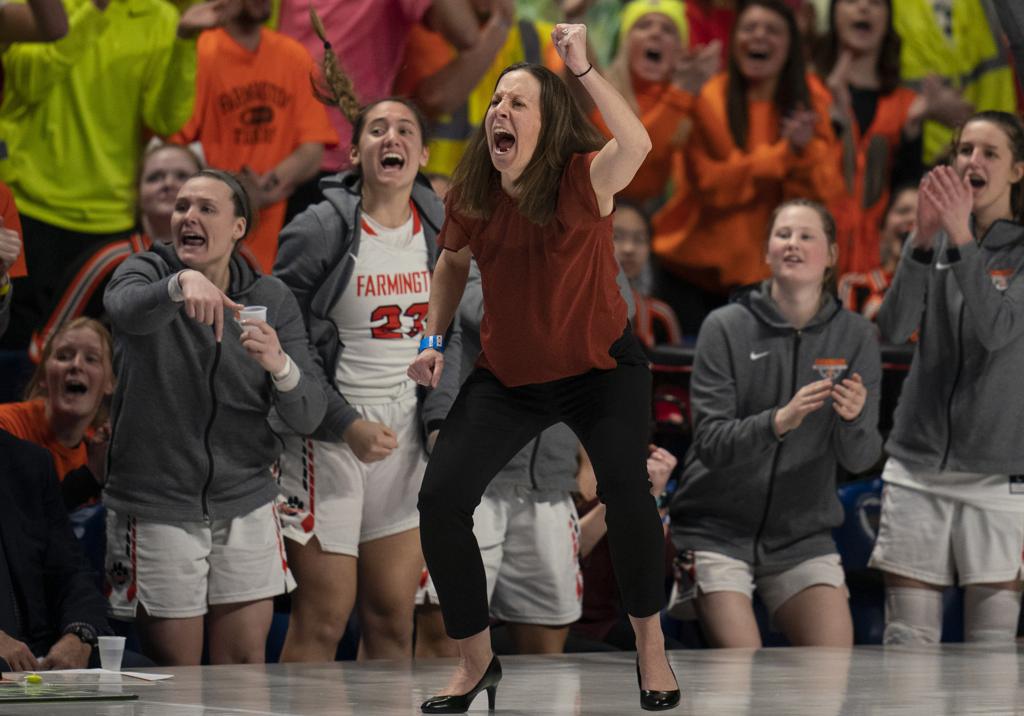 Talk about a season of ups and downs.

The Farmington girls’ basketball team went into the season with big dreams and bigger goals. The Tigers had never been to a state tournament, but that was going to end this year.

What’s more, the Tigers weren’t going to be satisfied just getting there. They fully believed they were capable of winning a state championship.

“The first day of practice, you could see we were playing for the state tournament,” coach Liz Carpentier said. “If you watched our team, you knew we could win it.”

Not even two significant injuries could keep them down. Guard Paige Kindseth missed the second half of the regular season recovering from an ankle injury before returning for the playoffs. And guard Molly Mogensen, the team’s career scoring leader, broke one of her feet in early February.

The Tigers made it as far as the Class 4A championship game, with Hopkins as a foe, before they faced an obstacle they couldn’t overcome.

When the Minnesota State High School League canceled the rest of the girls’ basketball state tournament on Friday, it took with it the hopes of every team still alive.

“Our situation was unique,” Carpentier said. “First time in the state tournament and doing it with the injuries we had. Everyone on the team stepped up and we made a huge run.

“It’s a bummer we don’t get to showcase all the good things we’ve done.”

Now, the season just feels unfinished. Open-ended, with no closure. The team got together Friday, as it would have for any practice, simply because players weren’t prepared for the season to end as it had.

“We’re going to watch the Channel 45 broadcast from [Thursday], have some ice cream and treats, maybe have some shooting contests,” Carpentier said. “We want to spend time together, get one more day to be with each other.”

Before the state tournament, Carpentier passed out diaries and asked team members to write in them every day as a way to remember their experience.

“We set aside time every day for them to put down their experience as a way to remember,” Carpentier said. “Now, I guess it will just say, ‘The state championship game was canceled’ at the end.”

When DeLaSalle found out that it wouldn’t be getting the chance to defend its Class 3A state championship, players reacted with disappointment and heartbreak.

Assistant coach C.J. Hallman, who is also the school’s football coach, was among those concerned about how it would affect star forward Nurjei Weems, one of just two seniors on the team.

What he found was that he needn’t have worried at all.

“She spent the day consoling her younger teammates,” Hallman said. “It just speaks to her character in that sense. She was the one everyone wanted to check on, but she was actually consoling her sophomore teammates, who were crying and really upset about not being able to play this game. Just being the same leader she’s been all year.

“She’s a character young lady who thinks about others before herself.”

Friday’s news put a quick end to a schoolwide pride felt after a highly successful Thursday.

DeLaSalle defeated Simley in the afternoon and the boys’ basketball team qualified for the state tournament in the evening by defeating Waconia in the Class 3A, Section 6 final.

“We had two great games that we won, but that was the last game and we just didn’t know it.”