“You can tell she is the heart of the team,” the opposing coach marveled after the Cardinals' 67-58 victory. 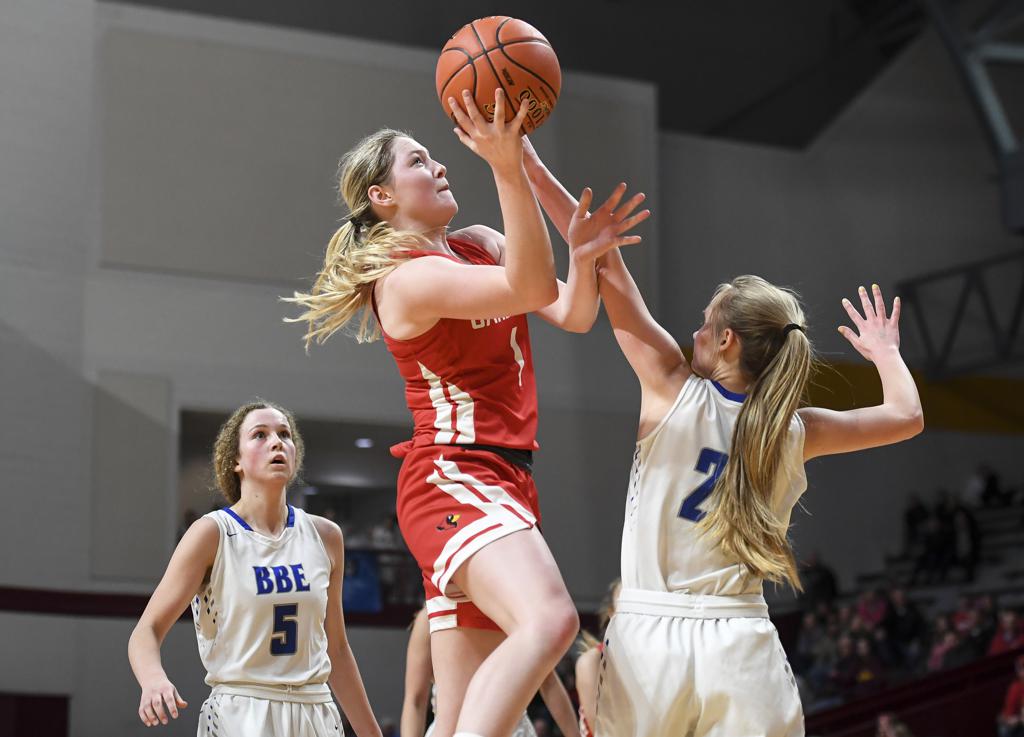 The senior had 34 points, five assists and five steals as the Cardinals defeated Belgrade-Brooten-Elrosa 67-58 in a Class 1A quarterfinal Thursday at Maturi Pavilion.

“Taya is a special ball-dominant guard,” Cardinals coach Jeff Gronner said. “She can shoot and handle the ball, and she sees the floor well, too.”

The No. 2-ranked Cardinals (29-2) stretched an eight-point halftime lead to 15 points in the second half before the Jaguars mounted a comeback. They pulled within 58-51 with just over six minutes left before Hakamaki quickly responded with a three-pointer and three-point play.

“You can tell she is the heart of the team,” Jaguars coach Kristina Anderson said. “She is a complete player.”

“We knew those two were going to be tough to stop,” Anderson said. “That was a tall task.”

“They gave us some issues in the first half,” Groner said. “We’re playing at a high level right now, but we can play better.”