The Bulldogs always responded when the Wildcats tried to rally en route to a 96-75 victory. 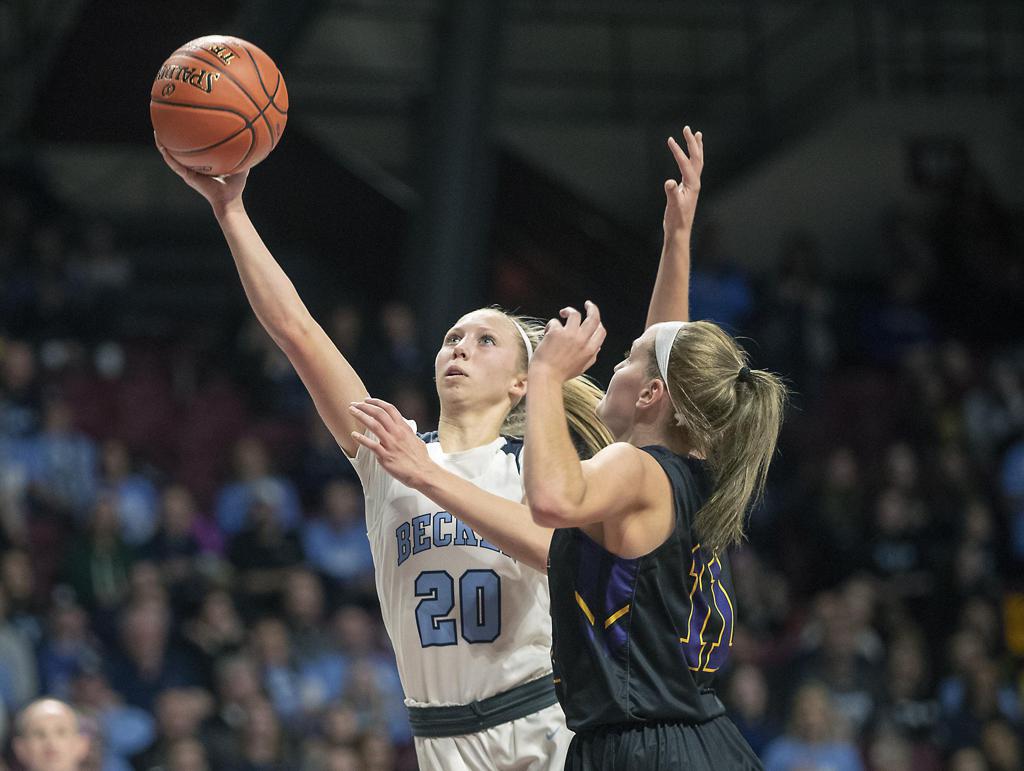 Becker’s Julia Bengtson went up for a shot over Waconia’s Tess Johnson in the first half of a Class 3A semifinal Thursday at Williams Arena. Photo: ELIZABETH FLORES • liz.flores@startribune.com

Any time Waconia tried to get close to Becker in Thursday’s first Class 3A semifinal at Williams Arena, Becker kept the pressure on.

“Every time we scored,” Waconia coach Dusty Neibauer said, “they answered. Quickly. All five of their players can run the floor.”

Becker (28-2) asserted itself in the final four minutes of the first half and then pulled away in the second half for a 96-75 victory.

The Bulldogs, who extended their winning streak to 24 games, opened an early 13-point lead midway through the first half. The Wildcats fought back to within eight, 37-29, with four minutes left in the half.

But over the next three minutes the Bulldogs used a 15-3 run to open a 52-21 lead and led 54-34 at halftime. They used a 7-2 run to start the second half to extend their lead to 25 points. Waconia managed to pull within 17 points (79-62) with eight minutes remaining but couldn’t get any closer.

“We dug ourselves too big of a hole,” Neibauer said. “They’re a good team.”

“It was really fun being out there with my teammates,” Westin said.

Audrey Swanson scored 16 points and Addy Salzer 14 to pace the Wildcats, who were playing in their first state tournament.

Becker asserted in the final four minutes of the first half and then methodically pulled away in the second half for a 96-75 victory over Waconia in the Class 3A semifinals Thursday at Williams Arena.

The Bulldogs, who led 54-34 at halftime, used a 7-2 run to start the second half to extend their lead to 25 points. The Bulldogs eventually built a 27-point lead. Waconia managed to pull within 17 points (79-62) with eight minutes remaining but couldn't get any closer.