The Buccaneers, fueled by three consecutive three-pointers from their junior guard, defeated Heritage Christian 58-46 to reach the 1A semifinals. 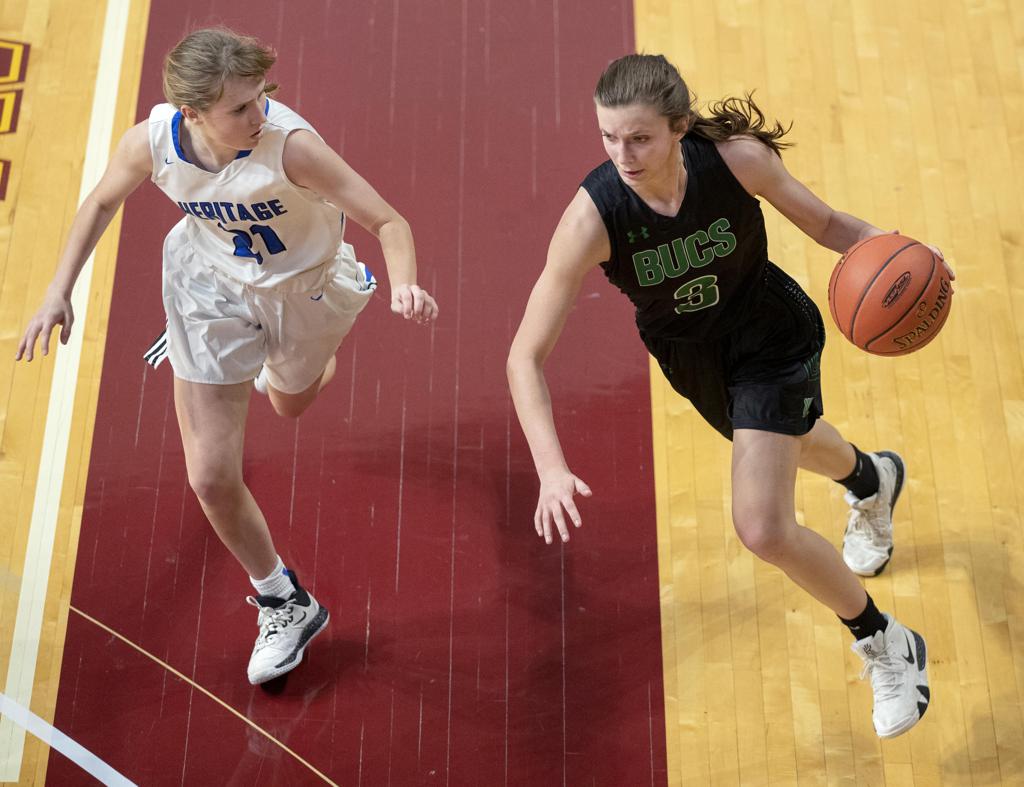 Toryn Richards (3) of Waterville-Elysian-Morristown was defended by Kaitlan Jones (21) of Heritage Christian Academy in the second half. Photo: CARLOS GONZALEZ • cgonzalez@startribune.com

Kylie Pittmann looked at home on the Maturi Pavilion floor.

Waterville-Elysian-Morristown’s junior guard made three consecutive three-pointers midway through the first half, propelling the Buccaneers to a 58-46 triumph over Heritage Christian in the Class 1A quarterfinals Thursday on the University of Minnesota campus.

“I was feeling it today, really comfortable,” said Pittman, who had 15 points, going 5-for-7 from behind the arc. “I was knocking down open shots.”

“We’re playing at a pretty high level right now,” Buccaneers coach Tyler Kaus said. His team shot 40 percent from the floor and went 21-for-22 from the free-throw line. “It’s a confident group.”

Classmate Brielle Bartelt took over the game in the second half. She scored the first nine points after the break as the Buccaneers went on an 11-0 run to build a 36-15 lead. Bartelt had a game-high 23 points.

“I saw their tall player was guarding me, so I took it to the hoop,” said Bartelt, who had two layups, a three-pointer and two free throws during the run. “We felt really good at the end of the first half.”

“I thought we matched up with them pretty well,” Eagles coach Lori Crellin said. “We ran into a team that was pretty hot.”