The defending Class 1A champion Vikings fought through a rough stretch in the first half en route to a 57-37 victory. 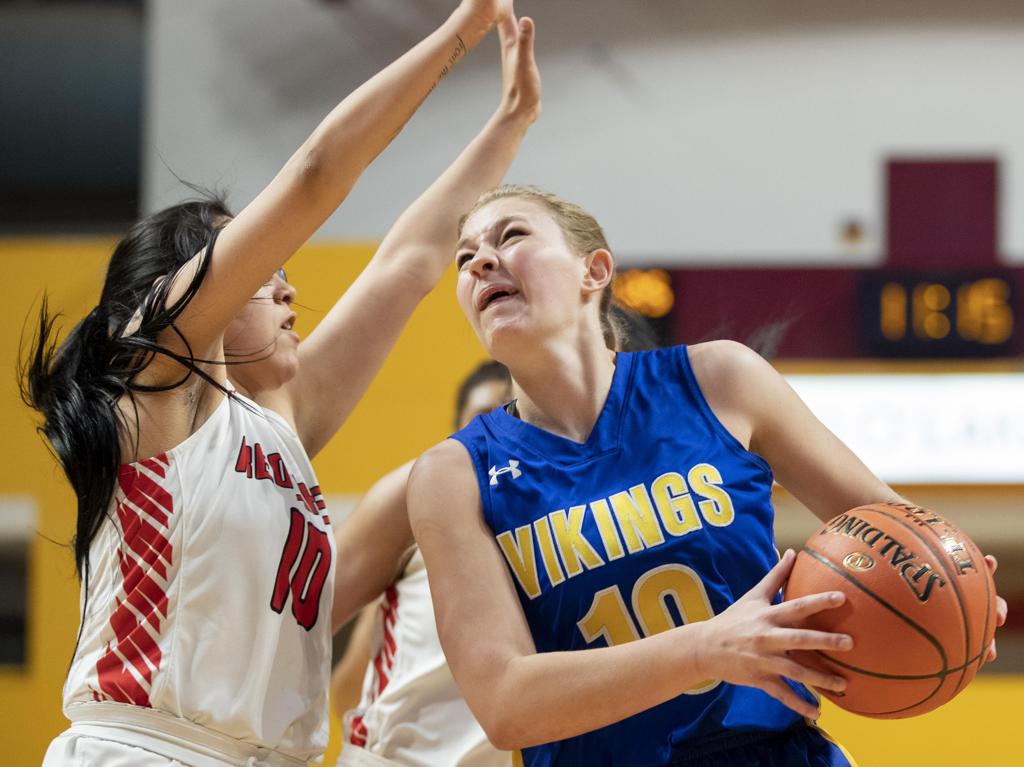 Morgan Hennen (10) of Minneota was defended by Lashun Roy (10) of Red Lake in the first half. Photo: CARLOS GONZALEZ • cgonzalez@startribune.com

Defending state champion Minneota didn’t look like the No. 1-ranked team in the state for long periods of time Thursday, but it didn’t set them back against Red Lake.

The disoriented Vikings battled through a sluggish performance for a 57-37 victory over Red Lake in the Class 1A quarterfinals Thursday at Maturi Pavilion on the University of Minnesota campus.

“That’s what we call organized chaos,” Minneota coach Chad Johnston said. “It’s hard to figure out what they do at times. They just go find the ball.”

Minneota (31-1) scored the game’s first seven points, including five by junior Abby Hennen, in the opening two minutes. Then over the next seven minutes it only made two shots on 12 attempts while committing seven of its 17 turnovers.

“We knew they were going to put a lot of pressure on us,” said Hennen, a 5-9 guard had a game-high 23 points while pulling down 14 rebounds. “They were aggressive.”

In those opening nine minutes Red Lake (21-10) only scored five points, all by junior center Kelanna McClain. She finished with 11 points.

The Vikings settled down and used a late spurt before halftime to take a 30-14 lead at the intermission. They maintained a 13- to 20-point lead throughout the second half. Red Lake only shot 22 percent (14-for-63) from the floor, including 1-for-18 from three-point range.

“We had to rely on our defense today,” Johnston said. “You can still control the tempo of the game with your defense.”