Kyra Miller scored seven consecutive points in the second half to key a 47-42 victory in a Class 2A quarterfinal. 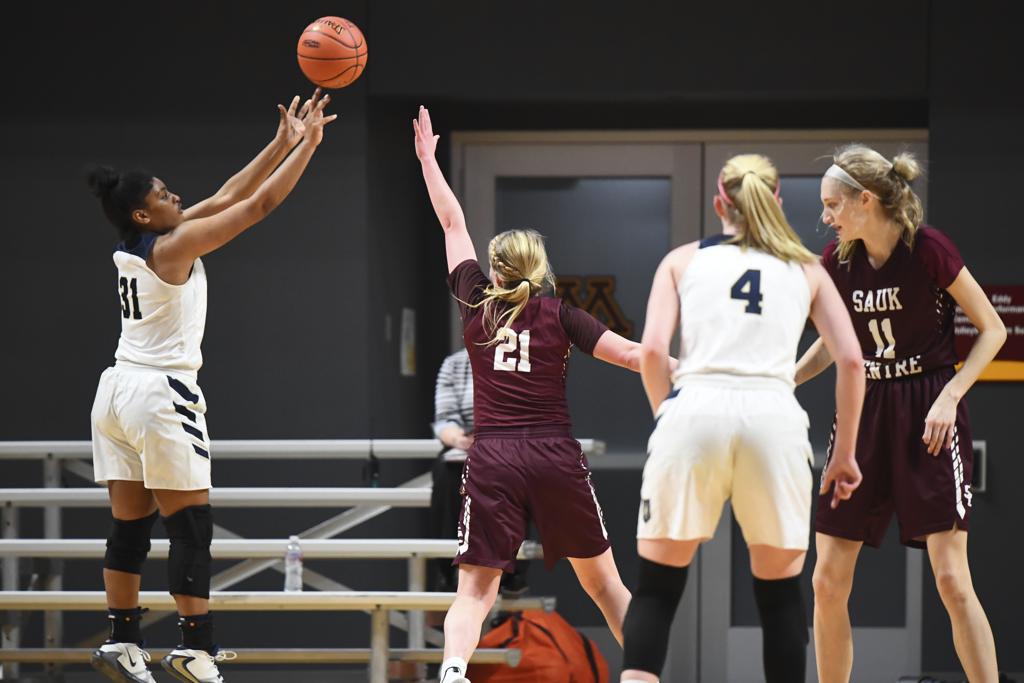 Providence Academy made four field goals in the first half of its Class 2A quarterfinal against Sauk Centre, after which it trailed by six.

But the Lions found their groove early in the second half to defeat the Mainstreeters 47-42 after going on a 19-4 run.

Freshman Kyra Miller led the unseeded Lions (26-5) with 14 points, half of them coming on three consecutive baskets during the team’s big second-half run.

Grace Counts added 12 points, and Hailey Hohenecker 11 for the Lions, who withstood a 9-0 run by the second-seeded Mainstreeters in the game’s closing minutes.

“We kind of knew we have a whole other half to play,” Miller said. “We knew we could do something.”

Both Providence Academy and Sauk Centre struggled shooting in the first half, combining for just eight field goals in the first 15 minutes. The Mainstreeters (28-3) went on an 11-0 run to end the half with a six-point lead but struggled early in the second half, making just one field goal in the half’s first nine-plus minutes.
They finished the game 13-for-60 from the field and 5-for-26 from three-point range.

“When you rush your shot because of the defense, then you’re going to be a little bit off,” Sauk Centre coach Scott Bergman said.

Tori Peschel and Michaela Dammann led Sauk Centre with 14 points each and combined for 30 rebounds. Maddie Nelson added nine points, including a late three-pointer that cut the lead to four.

“I just loved how our girls came back,” Bergman said.

Kyra Miller had 14 points, including seven consecutive midway through the second half, as unseeded Providence Academy defeated second-seeded Sauk Centre 47-42 in the Class 2A quarterfinals Wednesday at the Maturi Pavillion.

Providence Academy (26-5), which trailed by six points at halftime, took a nine-point lead with about 10 minutes to go after Miller, a freshman, hit her third consecutive shot.