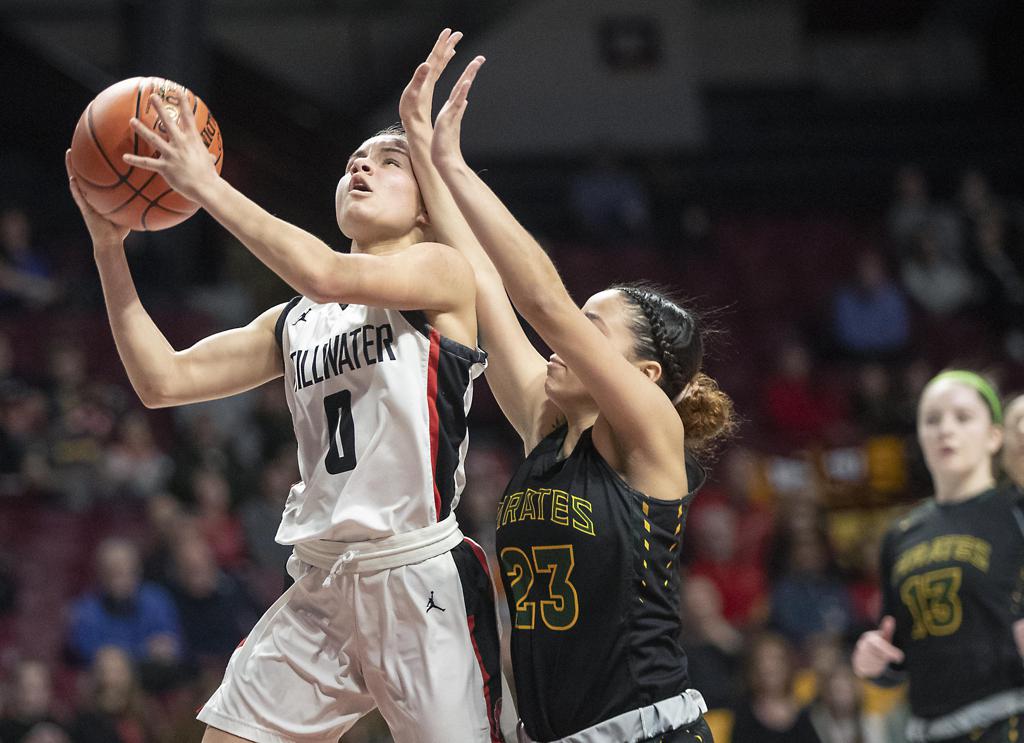 Stillwater’s Alexis Pratt drove to the basket and drew a foul from Park Center’s Kayla Cox in the first half Wednesday at Williams Arena. Photo: ELIZABETH FLORES • liz.flores@startribune.com

Going into the state quarterfinals Wednesday, Stillwater coach Willie Taylor thought his team may have been underrated, at least in terms of No. 5 seed the Ponies received.

After they dismantled No. 4-seeded Park Center 82-52, it’s a difficult point to dispute.

“The seeding should be done like the NCAA does it,” Taylor said. “What do [teams] have right now instead of basing it on losses earlier in the season.”

The argument in favor of Taylor’s logic was evident on the Williams Arena court as Stillwater dominated from the outset.

Park Center (25-4) tried to rally, cutting the deficit to 41-32.But Stillwater responded with a 12-1 run and maintained a margin of least 15 points for the rest of the game.

“Sixty rebounds? I don’t think we’ve rebounded like that all year, but they’d better,” Taylor said. “We had a big height advantage and we’re strong. We should be able to get the rebounds.”

“That’s the stat I looked at right away,” she said. “I thought we were prepared. But Stillwater is a good team with big rebounders. I think when we are off shooting some times, that trickles into confidence in our defense and our boards and some of that happened today.”

State tournament experience and a huge rebounding advantage lifted Stillwater to a comfortable 82-52 victory over Park Center in a Class 4A quarterfinal Wednesday at Williams Arena.

Check back later for  more on the game.