St. Michael-Albertville took a similar route through the Lake Conference. But undefeated Hopkins is the team to beat. Plus 4A tourney tidbits and how to watch. 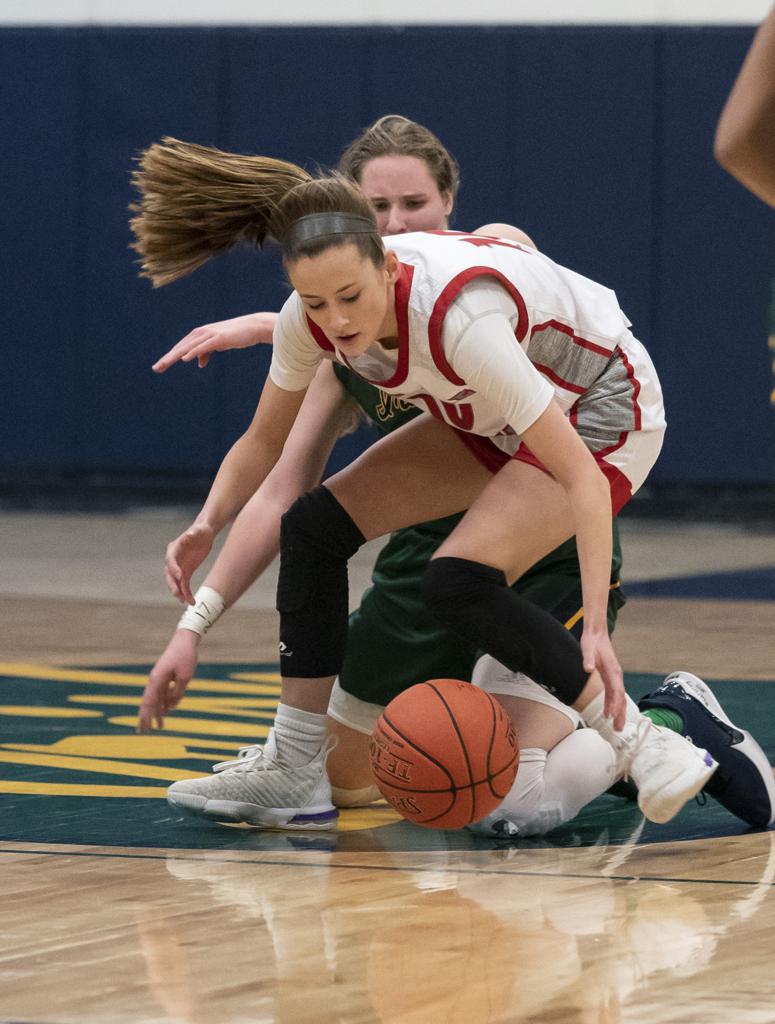 In this year’s Class 4A girls’ basketball state tournament field, it’s not how many you’ve won, it’s who you played.

Both Lakeville North and Eden Prairie had to slug their way through difficult regular-season schedules and came out battle-tested. Each parlayed their tough dockets into section championship game victories over teams with higher seeds.

Lakeville North (18-10) earned its sixth state tournament appearance in the last seven seasons by handling bigger Rosemount 53-44 in the Section 3 final. The two teams had split during the regular season, with Rosemount winning in the teams’ final game before the postseason.

The Panthers’ comfort playing meaningful games was evident in the final. They showed no signs of nervousness, jumping out to a 17-3 lead. After Rosemount cut the lead to a single point in the second half, Lakeville North responded with a cool 12-0 run to take control of the game.

“Just having experience, having been there before, helped us a lot,” Lakeville North guard Lauren Jensen said.

After the victory, Panthers coach Shelly Clemons noted Lakeville North’s “mental edge” over many teams. “We’ve been there before,’’ she said. “We carry that experience.”

At Eden Prairie, coach Ellen Wiese deliberately put her team through the most rugged schedule she could create, all in the hopes of getting it ready for the state tournament.

“We never got a night off,” Wiese said after the Eagles’ 70-57 victory over No. 1-seeded Chaska in the Section 2 championshp game. “Every night was a grind. It helped us tremendously.”

“I never heard any complaints,’’ Wiese said. "They knew the only way we could do what we just did was by having that schedule. They trusted me and it paid off.”

• Top seed Hopkins’ winning streak is currently 60 games, the third longest in state history in girls’ basketball. The record is 78, set by Fosston between 1999 and 2002.

• Count St. Michael-Albertville as another team that benefitted from an arduous regular season. The Knights moved from the Mississippi 8 to the Lake Conference and lost eight games, equalling their total from the previous two seasons. But the payoff came in the Section 8 finals, where they finally got past Maple Grove, which had defeated them in each of the two previous championship games.

• Farmington lost Division I recruit Molly Mogensen to a broken foot in early February, but the No. 2-seeded Tigers have proved deep enough to weather the loss. Junior guard Peyton Blandin stepped up to take over Mogensen’s point guard spot. Center Sophie Hart, guard Paige Kindseth (also recently returned from injury) and forwards Rose Wille and Katelyn Mohr have combined to cover for the loss of Mogensen’s production.

• If both Park Center and Hopkins win in the quarterfinals, fans will get the opportunity to see the No. 1-rated players in 2020 (Paige Bueckers) and 2021 (Adalia McKenzie) go head-to-head.

Tickets, how to watch