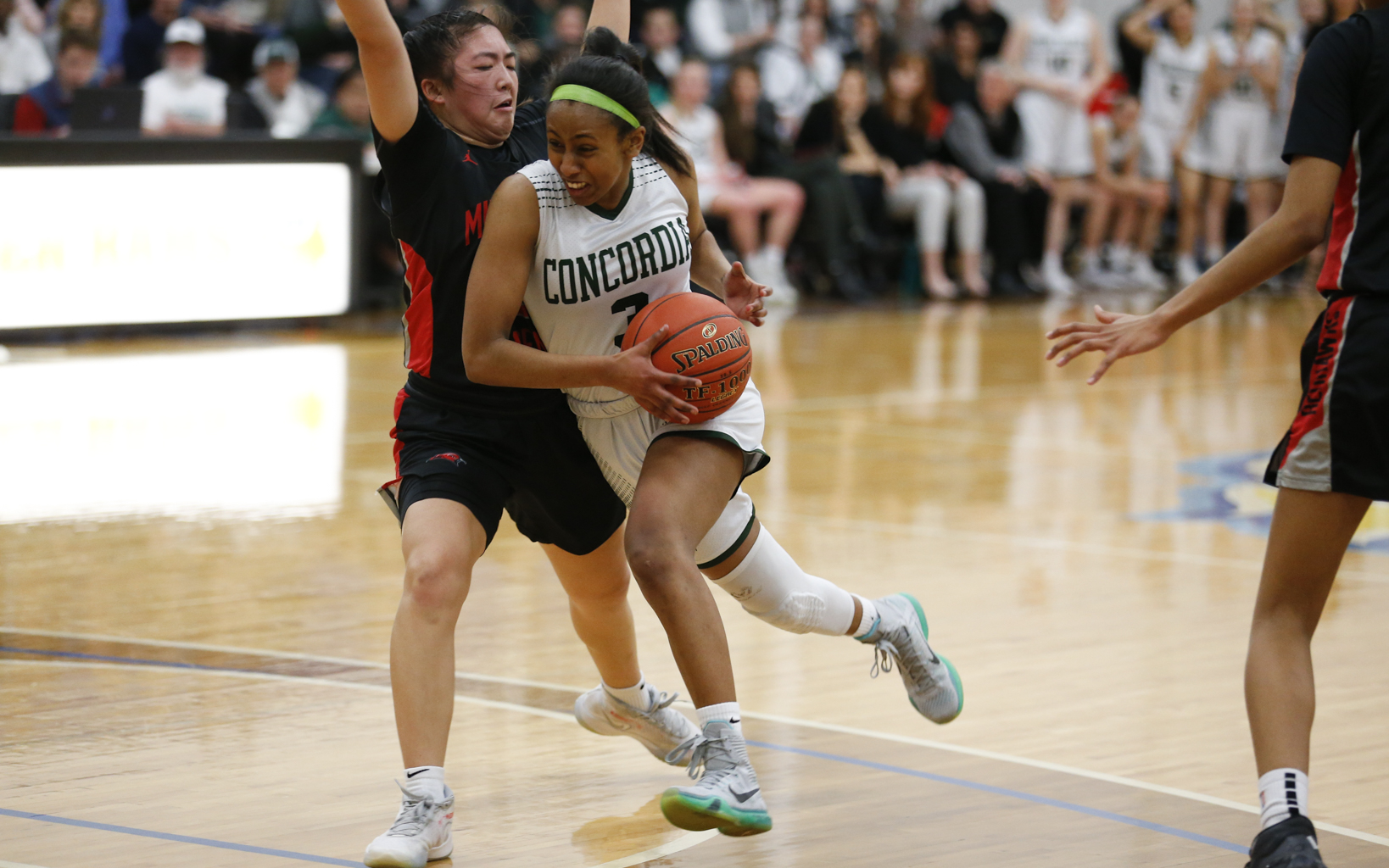 After seeing its path to the state tournament thwarted by Minnehaha Academy for much of the last decade, Concordia Academy broke through Friday.

The Beacons topped the defending Class 2A state champion Redhawks 65-57 on at Anoka-Ramsey Community College to claim the Section 4 championship and the program’s first state tournament appearance.

“It’s a little bit unbelievable. We just made history,” Concordia Academy coach Tiffany Stubbs said. “I’ve been thinking about this game since this day last year.” 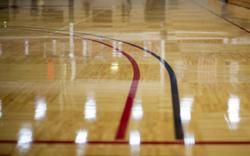 It didn’t come without a fight.  The Beacons watched their lead dwindle from 15 in the second half down to one in the final minute as Minnehaha began to heat up from long range.

“Mia hasn’t gone off yet, but she will,” Stubbs recalled telling her players at halftime. “We had to know it’s okay for them to go on a run.”

Still, Concordia never relinquished the lead, hitting free throws and forcing pivotal turnovers down the stretch to clinch it.

“We just stayed together. We knew they were a tough team and that they’d make a run,” junior guard Ivane Tensaie said.

Minnehaha Academy will miss the state tournament for just the second time in 13 years.

“I loved our fight, but we didn’t make shots like we normally do,” Minnehaha Academy coach Matt Pryor said. “When you catch a team like Concordia when they’re hitting shots and you’re not, they have enough talent to jump you and that’s exactly what they did.''

Paul Hodowanic (paul.hodowanic@startribune.com) is a University of Minnesota student on assignment for the Star Tribune. 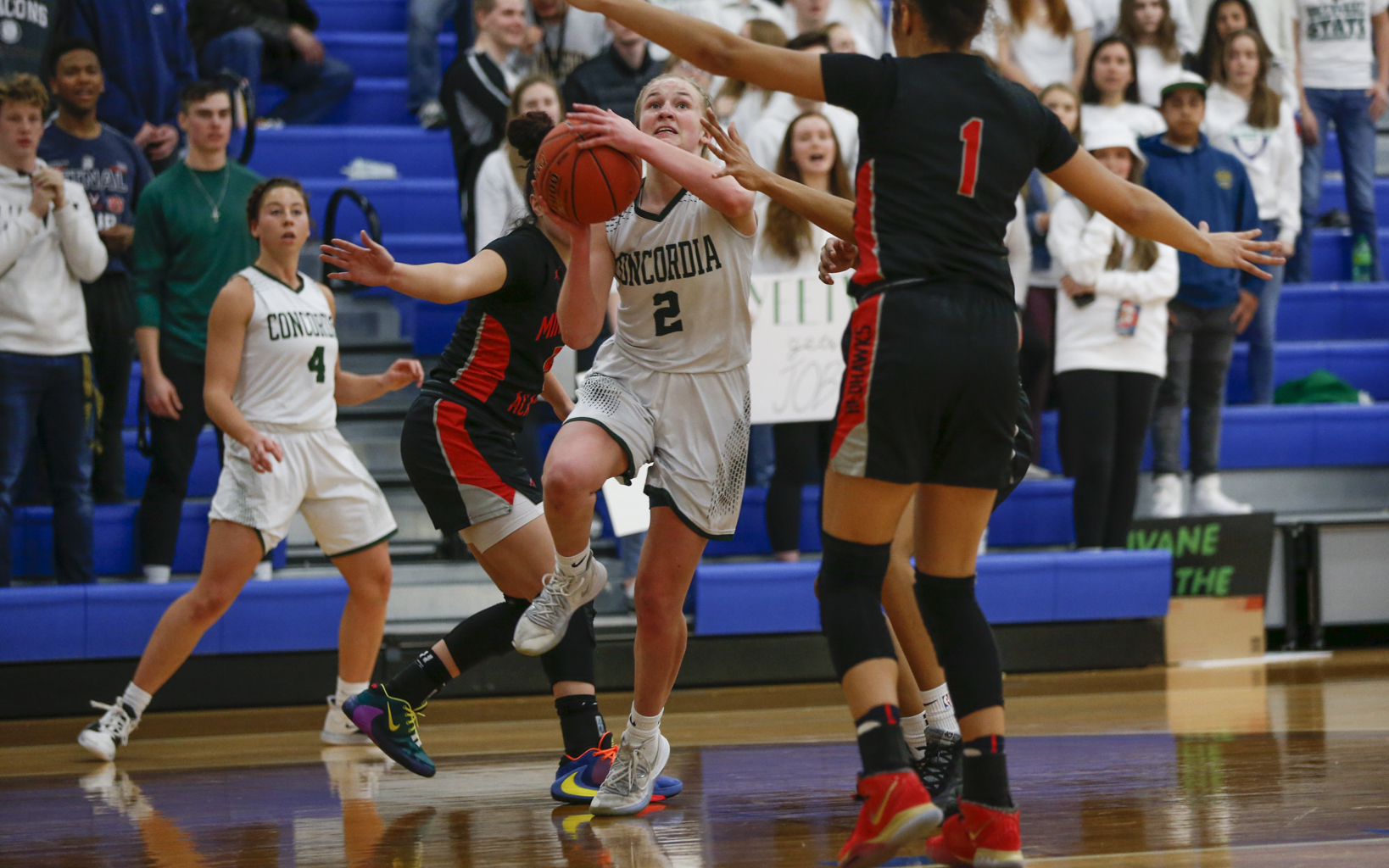 Concordia Academy's Grace Landvik (2) drives for a layup against Minnehaha Academy Friday in the Class 2A, Section 4 final. Landvik had 17 points for the Beacons in their 65-57 defeat of the Redhawks. Photo by Jeff Lawler, SportsEngine