McKenzie, Frost lead Park Center back to 4A state tournament

Adalia McKenzie scored 28 points and Lauren Frost added 22 in a 68-52 victory over Centennial. 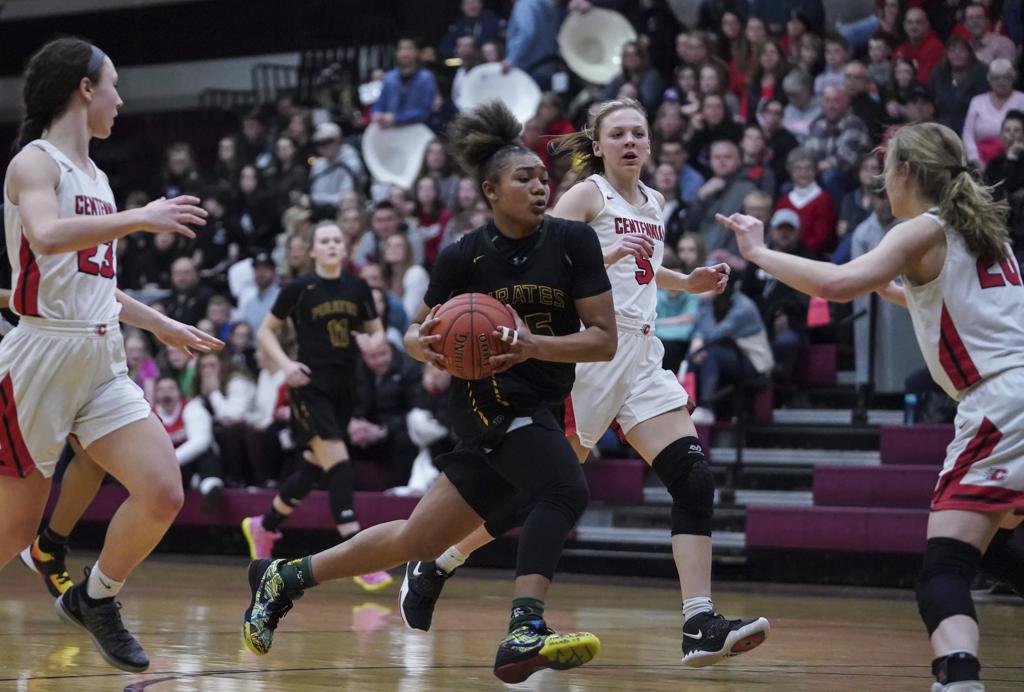 Park Center guard Adalia McKenzie (25) drove in the lane for a shot in the second half. Photo: RENEE JONES SCHNEIDER ¥ renee.jones@startribune.com

Park Center lost to Centennial by two points earlier this season, a defeat coach Barb Metcalf attributed to a lot of rushed shots.

The team was more patient — and shot well — in a 68-52 victory over the Cougars on Thursday in the Class 4A, Section 5 championship game at Anoka High School.

Senior Lauren Frost, who was playing through a shoulder injury, made six three-pointers and had two highlight-reel-worthy behind-the-back passes to junior Adalia McKenzie for fast-break baskets.

McKenzie scored 20 first-half points while working in the middle of Centennial’s zone defense, as Park Center (25-4) built a 14-point halftime lead that increased to 24 early in the second half.

McKenzie and Frost faced foul trouble and had to sit midway through the second half, but the Pirates led the rest of the game by at least 16 points.

“I felt like we prepared them, and they executed the plan perfectly,” Metcalf said.

Park Center started the season 11-0 before losing three of four. It has since won 13 of 14.

“We worked hard for this moment, and we’re going to continue to work hard,” she said.

“This team has just so much grit,” first-year coach Jamie Sobolik said.

McKenzie, a junior and the Pirates' leading scorer, had 20 first-half points. Frost, a senior, hit two three-pointers to open a 10-0 Park Center run to start the second half.

Both Frost and McKenzie sat for about a four-minute stretch midway through the second half after picking up their fourth fouls, but Park Center led by at least 16 the rest of the game.

The top-seeded Pirates (25-4) clinched their fifth state-tournament appearance and their first since a run of four straight between 2014 and 2017.

Second-seeded Centennial (21-8) was looking to return to the state tournament after reaching the Class 4A semifinals last year. Jodi Anderson led the Cougars in scoring.