DeLaSalle rolls past Hill-Murray for chance to defend state title 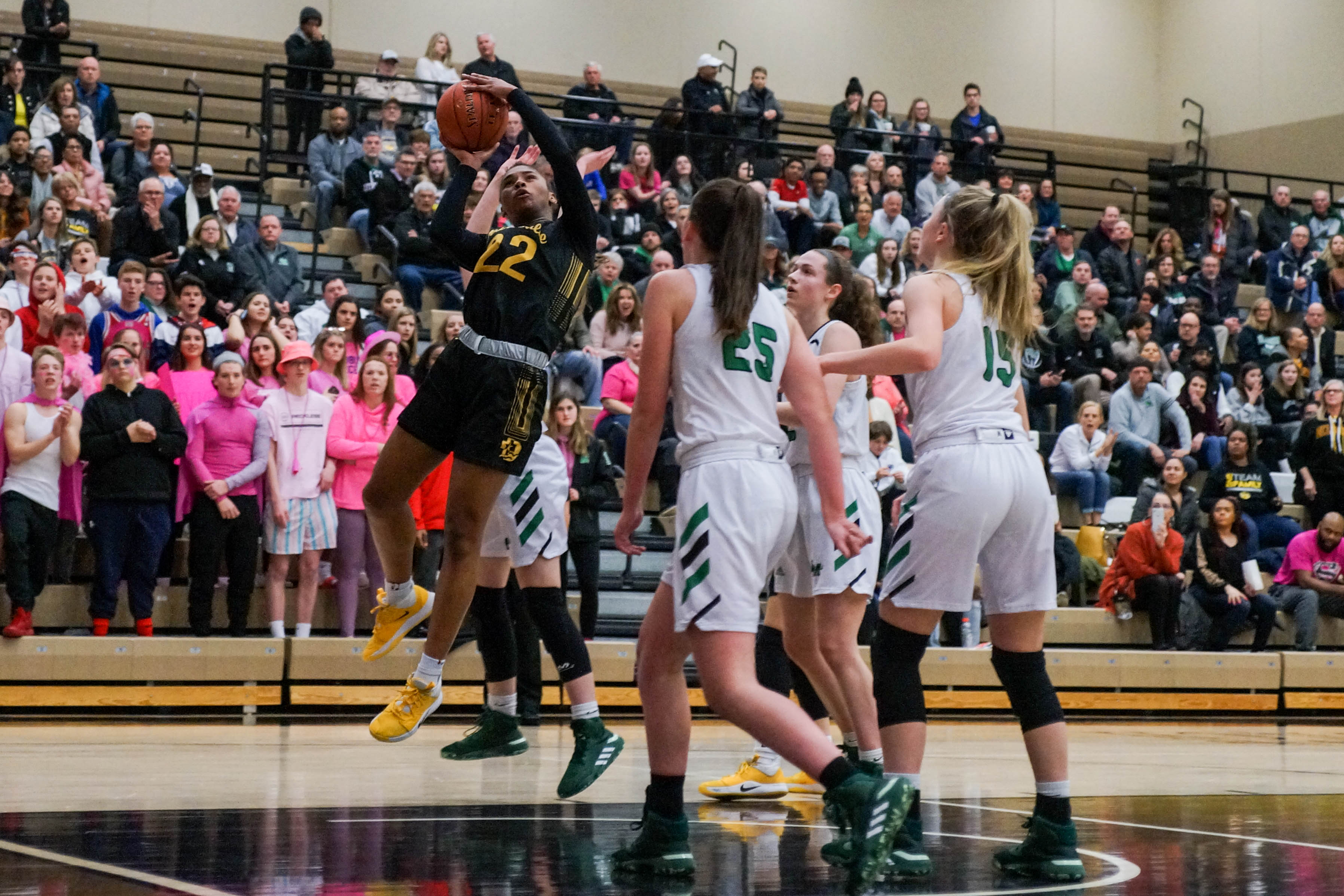 DeLaSalle's Nurjei Weems goes up for a shot while three Hill-Murray defenders watch during the section championship. Weems finished with a game-high 18 points. Photo by Korey McDermott, SportsEngine

If DeLaSalle is feeling any pressure as the defending state champion, it did not show in Thursday's Class 3A, Section 4 title game.

The Islanders' talented offense and full-court pressure flustered Hill-Murray (21-8) in a 62-31 victory in the championship game at East Ridge High School.

Now the Islanders (24-4) are down to just three more wins to repeat as state champions in Class 3A. And coming off three consecutive section championships heading into this season, basketball fans are used to seeing DeLaSalle at state. 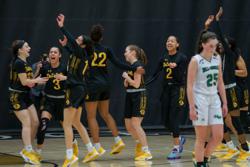 However, with only two seniors on the roster, few players have played on all four state teams.

Senior Nurjei Weems, who led the Islanders with 18 points Thursday, is one.

"It definitely is a nice feeling," Weems said about her team's success. "And I know what to expect so I can help the younger players who haven't been here get ready and prepare for the state tournament."

A casual fan might not realize DeLaSalle is a Class 3A power upon first glance at the roster. The young section roster lists two juniors, eight sophomores, two freshmen, and one eighth-grader to go along with the two seniors. And many of these younger players were factors in last year's state championship win.

Talent helps, and head coach Tanysha Scott said the team's effort is also a significant factor in a young roster competing at the top of Class 3A.

"It's work," Scott said. "The thing we do with the young girls, they don't have that much experience, but they work hard. Outwork the players you are playing."

DeLaSalle has consistently been ranked at the top of the Class 3A, rankings this winter, and the Islanders will enter this year's tournament as a favorite to repeat as a state champion. Thursday's section opponent Hill-Murray was ranked No. 8 in the state's final Class 3A polls.

But DeLaSalle will try to block out those thoughts of expectations when it steps out on the court for its first-round game on March 11 at Maturi Pavilion.

"We have a lot of pressure; everybody expects us to do it again," Weems said. "We just have to stay focused and do what we need to do. We can definitely do it again." 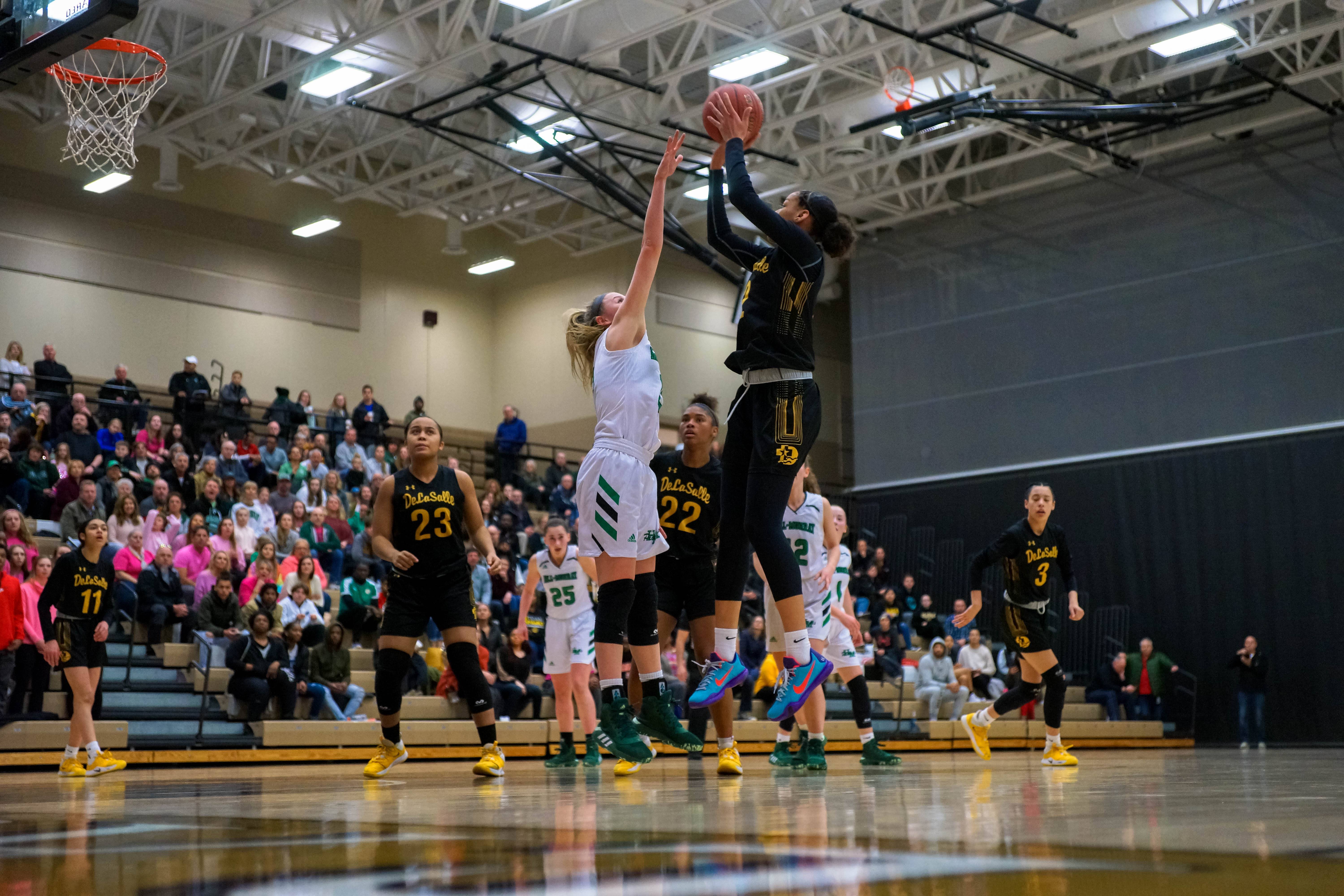 DeLaSalle took one more step closer to defending its state title from last season with a 62-31 section championship victory over Hill-Murray on March 5. Photo by Korey McDermott, SportsEngine

Defending Class 3A state champion DeLaSalle led 35-19 at halftime and did not look back, scoring the first nine points of the second half. 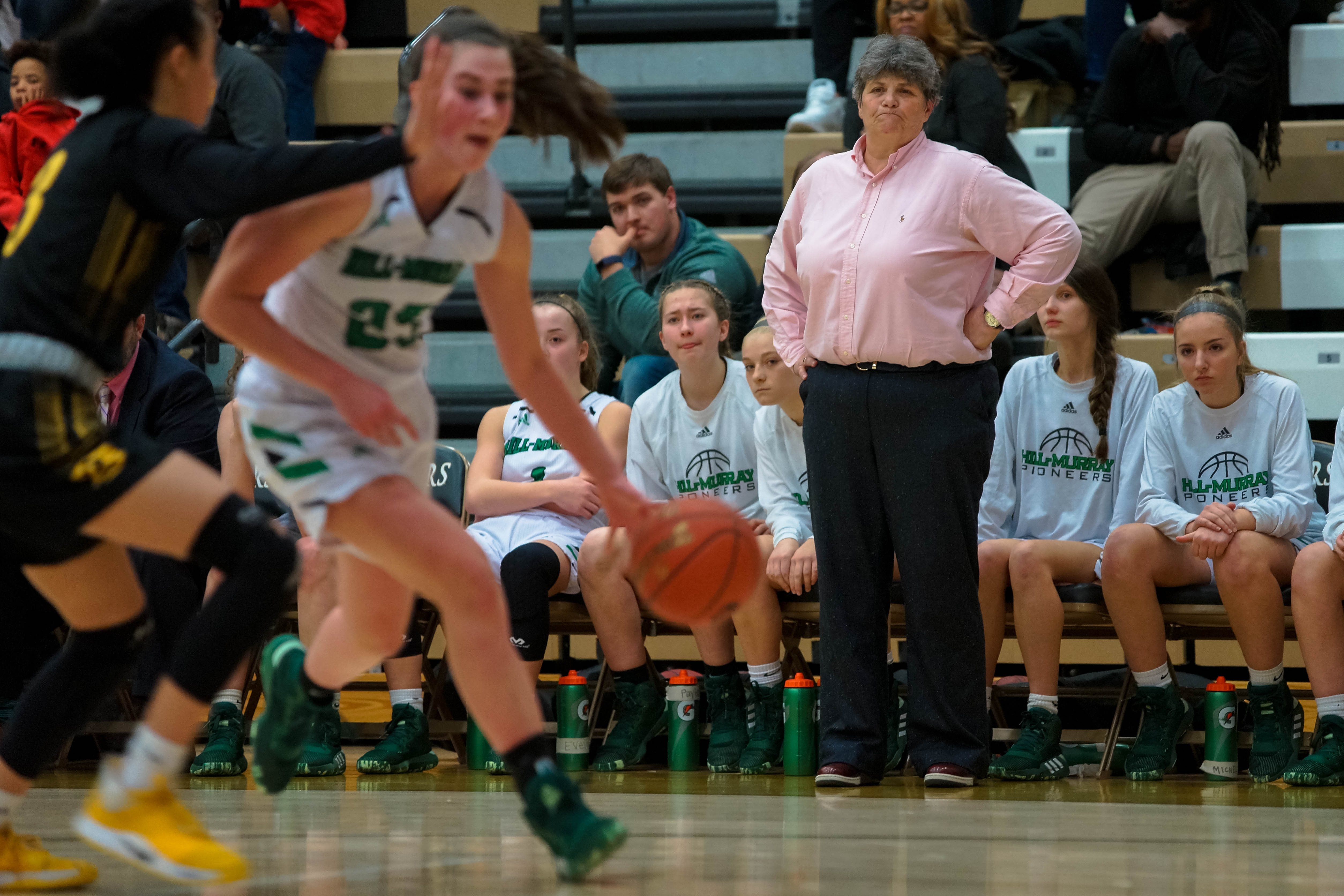 Hill-Murray coach Erin Herman reached the 500-career-wins milestone this season, but her team fell short of a state tournament run with a loss to defending champion DeLaSalle on March 5. Photo by Korey McDermott, SportsEngine