A look at the finals matchups in Class 4A, which run Wednesday through Saturday. 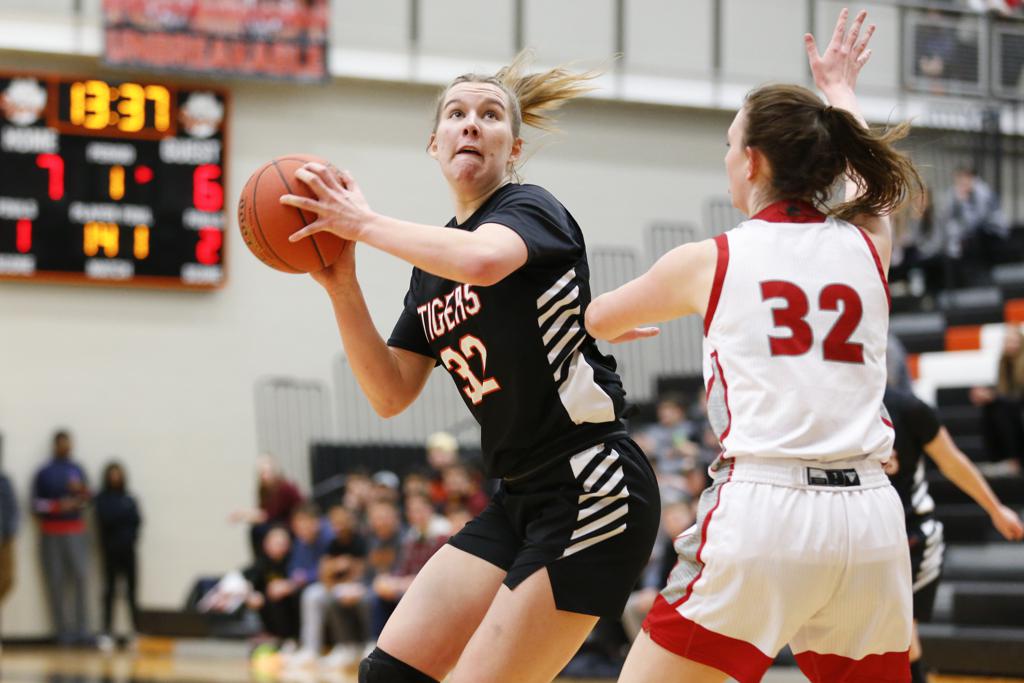 Guess what? Not every eye in the prep sports world will be trained on the boys’ hockey tournament this week.

State tournament berths will be on the line for girls’ basketball teams with the calendar filled with section finals. Let’s take a look at the Class 4A championship game matchups. (Section seeding in parentheses)

Farmington got guard Paige Kindseth back from an ankle injury just in time for the postseason, and the Tigers still have 6-3 post Sophie Hart. But they’re hurt by the loss of guard Molly Mogensen, the leading scorer in program history, to a stress fracture in her foot. Mayo is riding an 18-game winning streak and the section final is a home game. Pick: Farmington, but it will be tight.

The host Hawks have won 15 in a row behind the superb trio of sophomore forward Mallory Heyer, junior forward Kaylee Van Eps and freshman guard Kennedy Sanders. They beat Eden Prairie 70-53 in mid-December. Eden Prairie played a brutally tough schedule and is better than its 17-11 record. Pick: Chaska.

These two split during the regular season, with Rosemount winning the last meeting, 59-47 on Feb. 21. Lakeville North has been to the state tournament five of the past six seasons, while Rosemount hasn’t been back since 2002. Pick: Rosemount.

The Ponies have defeated the Raptors twice, by lopsided margins. Pick: Stillwater, hands down.

Are the Pirates looking for payback? They lost to Centennial on Jan. 14 on a last-second three-pointer and lost their top inside presence, T’Naye Griffin, to a knee injury in the game. Pick: Park Center, behind another strong game from the unstoppable Adalia McKenzie.

Arguably the two best teams in the state before Wayzata lost stellar guard Jenna Johnson to a knee injury. The Trojans deserve a state tournament trip, but Hopkins is always in the way. Pick: No one beats Hopkins this year.