The Cougars have won six consecutive Twin Cities Championship titles and are winners of 13 straight games heading into the postseason. 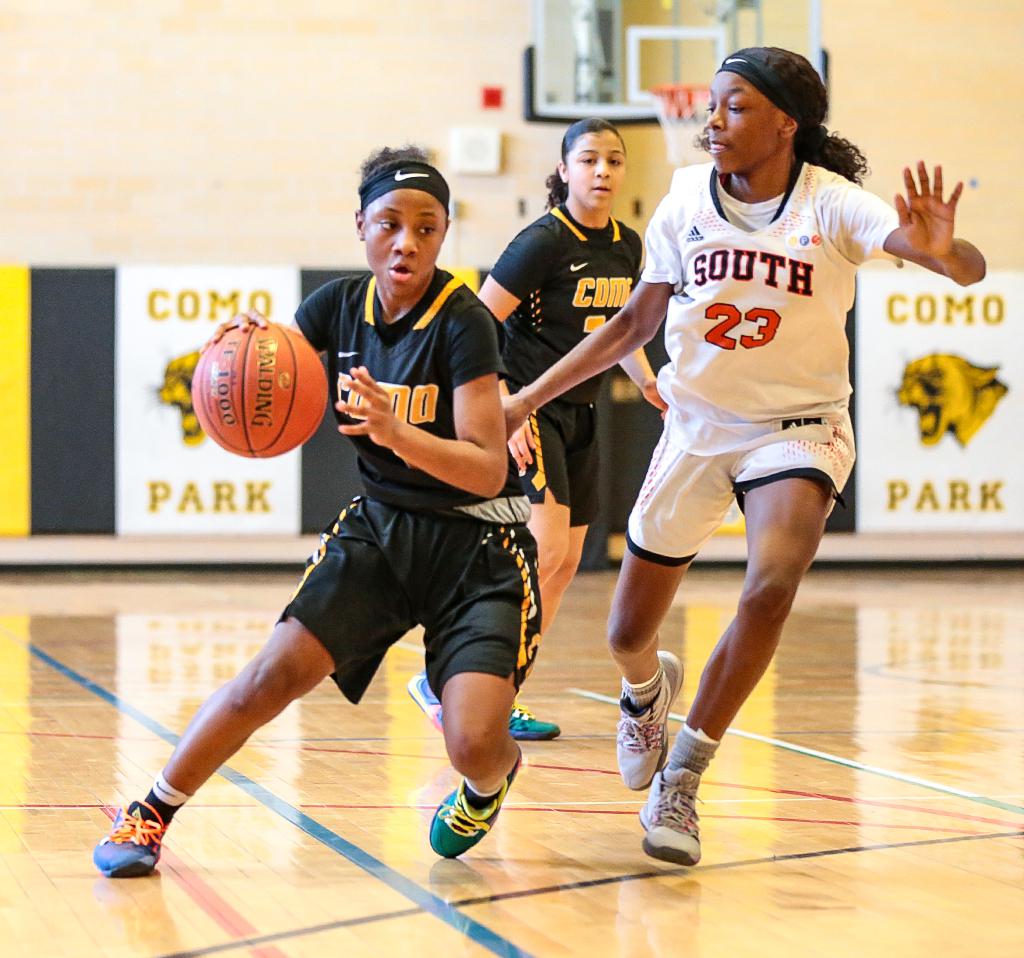 St. Paul Como Park's Ronnie Porter makes a move to the inside around Minneapolis South's Shanice Cox (23). Porter led the Cougars to their sixth straight City Championship on Saturday afternoon. Photo by Cheryl A. Myers, SportsEngine

For the sixth consecutive year, the Twin Cities championship will not only be staying in the capital city, it will be staying with St. Paul’s Como Park as it defeated Minneapolis South 68-61 on Saturday afternoon at Como Park High School.

After winning last year’s championship by a single point, the Cougars, ranked No. 7 in Class 3A by Minnesota Basketball News, earned their 13th consecutive victory with a defensive intensity often highlighted by full court pressure.

“Up-tempo” is how Como Park coach Alexis Gray-Lawson described her team’s style of play, which is like saying the Daytona 500 is a nice car ride. 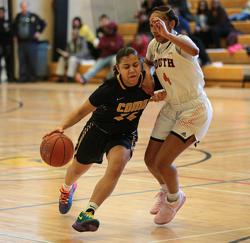 Led by sophomore guard Ronnie Porter’s 21 points and six assists, the Cougars withstood several runs, including two South steals in the last minute of the game to bring the Tigers (24-3, 12-0) within four points.

“We’re excited to keep the legacy going,” said Porter. “We’ve talked with some of the other girls who have won before us and no one wants to be the team to lose.”

With 28 and 19 points respectively, South junior guard Jade Hill and her sister, eighth grade guard Angel Hill, accounted for 77% of the Tigers’ scoring on Saturday.

From the start, the rivalry was clear.

“These girls know each other from playing AAU,” said Ricky Hill, a Tigers’ alum who is also the coach for South.

Jade and Angel are a part of an extensive basketball legacy at South, with sister Tayler Hill playing in the WNBA and Morgan Hill, another sister, playing in college.

Passion for the game emanates from Como Park’s coach. Gray-Lawson, originally from California, has played both in the WNBA and overseas professionally. Her ex-wife was from Minnesota and, upon moving to the state, she started building connections in the community and became Como’s head coach five years ago.

“It’s important for me as a young coach to lead a program that is developing not only great basketball players but amazing young women. I came from the inner city and worked for everything. I’ve found the same here in Minnesota — people work hard and want to improve.”

As evidenced by the Cougars’ style of play, it’s clear her players gravitate toward her enthusiasm.

“We want to be where she’s been,” said Porter. “She’s been at every level of basketball and we win because of her.”

Despite the impressive winning streak and newly minted championship, Porter knows the work is just beginning as the Cougars start section play next week.

“We lost last year in the semifinals and we want to make it clear that ends now,” Porter said. 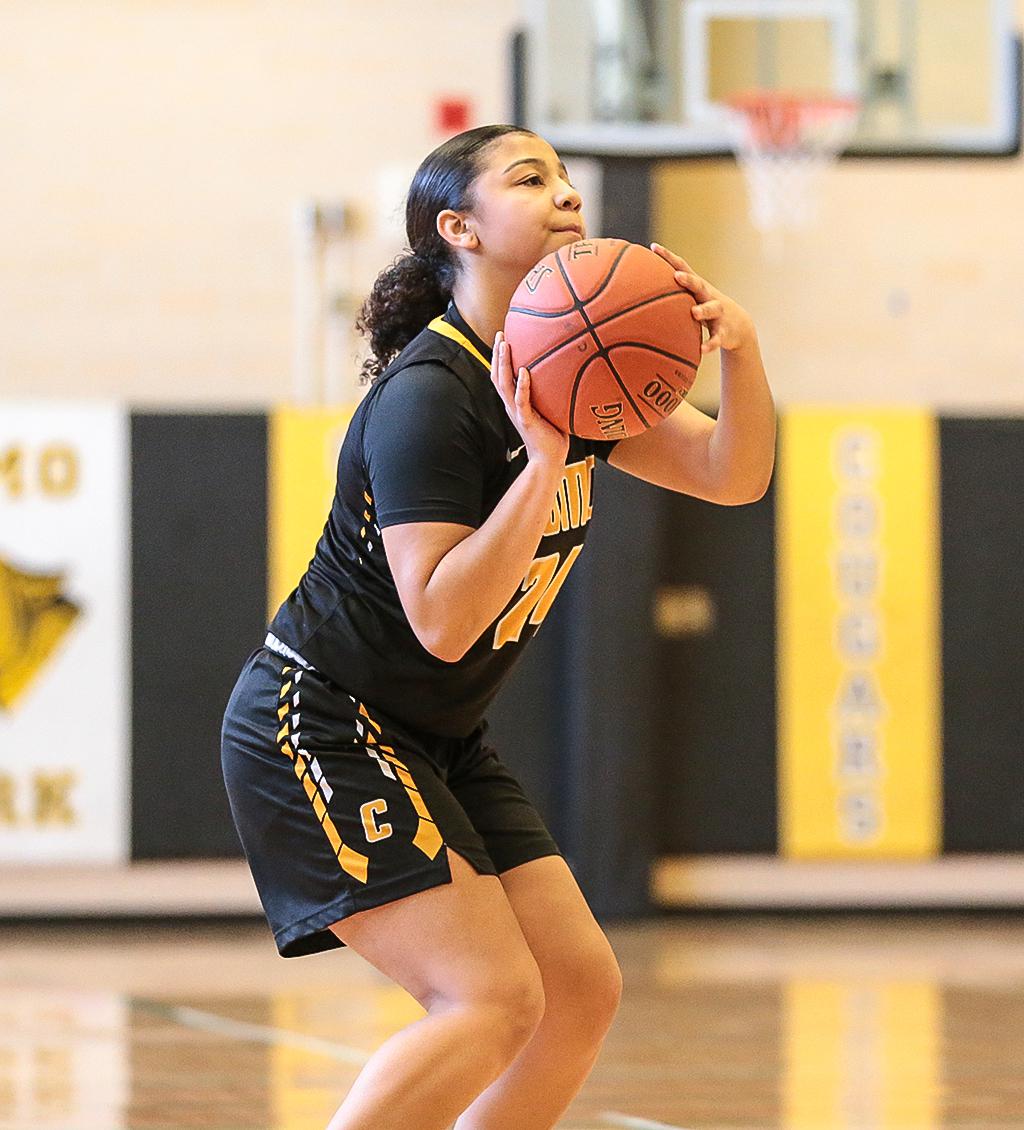 Kaylynn Asberry sinks a three-point shot for the Cougars after being left alone on the perimeter in the first half. St. Paul Como Park defeated Minneapolis South 68-61 at Como Park Senior High. Photo by Cheryl A. Myers, SportsEngine

For the sixth consecutive year the Twin Cities championship will stay with St. Paul Como Park, as the Cougars defeated Minneapolis South 68-61 on Saturday afternoon at Como Park High.

Led by sophomore guard Ronnie Porter’s 21 points and six assists, the Cougars, ranked No. 7 in Class 3A by Minnesota Basketball News, held off the Tigers with defensive intensity often highlighted by full court pressure.

Jade Hill, a junior guard who scored 28 points, and her sister, eighth-grader Angel Hill, recorded 19 points for South, accounting for 77% of the Tigers’ scoring. 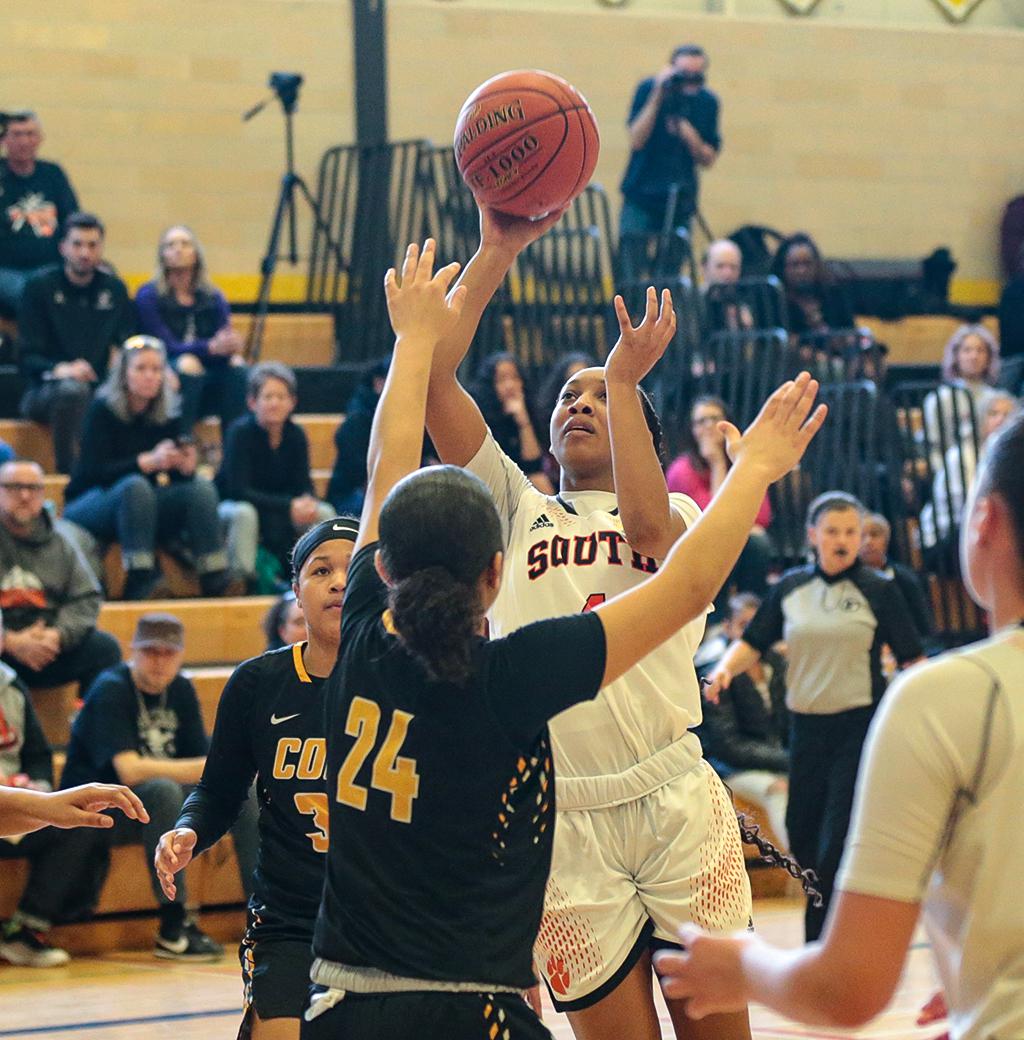