Adalia McKenzie's 30-point effort helped the Pirates defeat the Crimson, their Northwest Suburban Conference foes, in the penultimate game of the regular season for both teams. 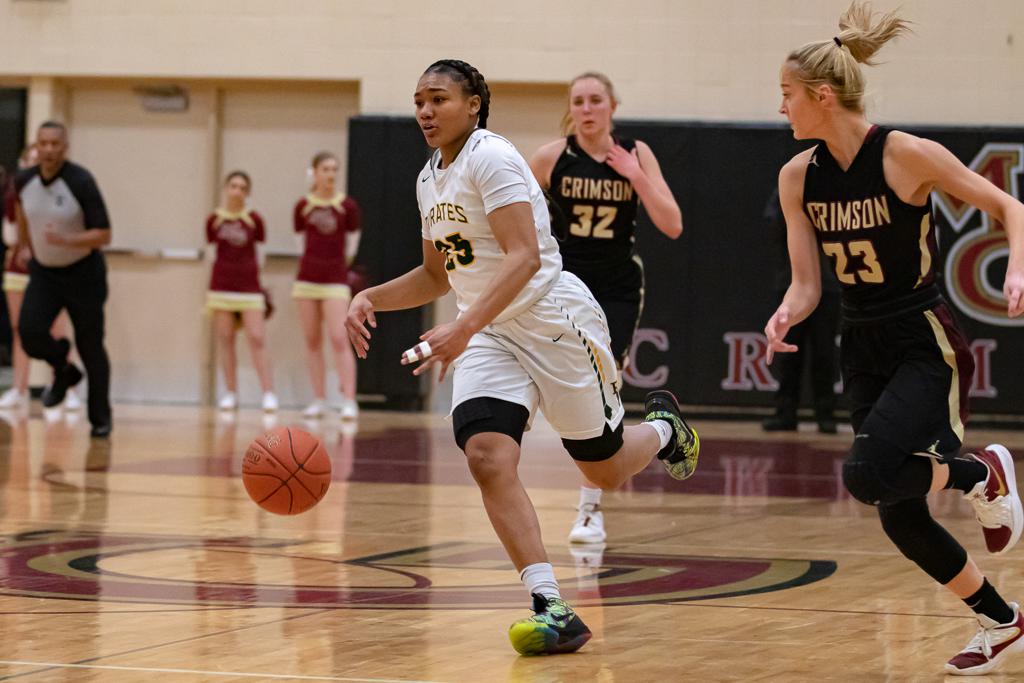 Park Center and Maple Grove have been titans of the Northwest Suburban Conference over the last 10 years. While the head-to-head matchup favors Park Center over the last decade, the rivalry between the two teams has led to some excellent basketball.

Tuesday’s game between the Pirates and Crimson at Maple Grove High School proved no different, with Park Center pulling off a 10-point comeback late in the second half to send Maple Grove and its fans home disappointed in a 69-65 triumph.

“The win means a lot to us,” said Park Center junior forward Adalia McKenzie. “It gives us a boost of confidence.” 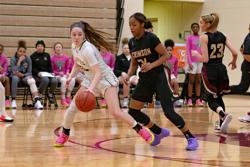 Led by McKenzie’s 30 points and six rebounds, the Pirates, ranked No. 4 in Class 4A by Minnesota Basketball News, had a quick start in the first half. Neither team missed shots early, with the teams going up and down the court trading baskets.

With No. 8-4A Maple Grove’s defensive efforts focused on McKenzie early on, Park Center made calm passing plays that usually ended with eighth-grade guard Alivia McGill having an open shot near the rim, helping lead to a 26-19 Park Center lead.

Maple Grove’s offense surged, however, to close the gap with Park Center. By the time the buzzer sounded to end the first half, the Pirates had a slim 33-32 advantage.

Maple Grove’s offense continued its attack in the second half. The Crimson (20-5, 10-1), led by senior guard Abby Schulte’s 22 points and four rebounds, scored the first six points of the second half. Park Center (22-3, 10-1) responded with back-to-back corner three-point shots that gave it a 41-40 lead a short while later, but the Crimson offense wouldn’t go away.

“We just continued to play our game,” McKenzie said. “We stayed focused and locked in, and put pressure on them.”

The Pirates shifted to an aggressive full-court defense that started forcing turnovers and Maple Grove didn’t seem to know how to handle the pressure.

McKenzie, meanwhile, nailed three consecutive three-point shots to first tie the game, and then give her team back the lead with just two minutes remaining.

“There’s always someone out there working,” McKenzie said. “But I never want to be outworked.”

Defense and free-throw shooting was the difference the rest of the way after Maple Grove tied the game at 61. McGill, who registered 16 points and six rebounds, and senior guard Lauren Frost, who added 14 points and five rebounds, made all of their free throws in the final minute of play to help the Pirates win their 10th consecutive game. 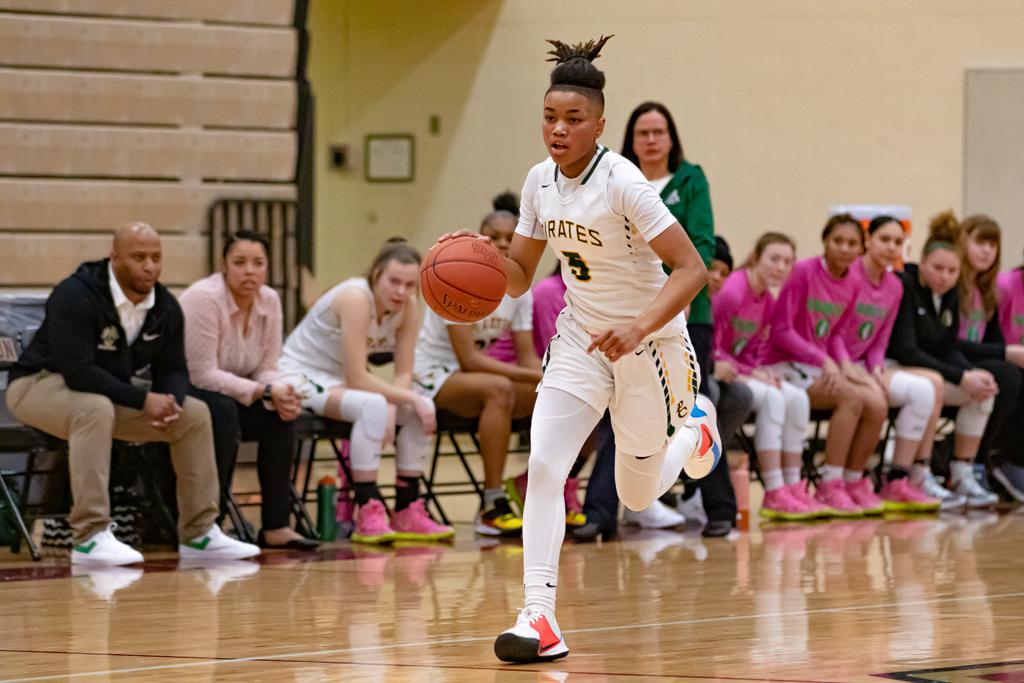 The Crimson, ranked No. 8 in Class 4A by Minnesota Basketball News, led by 10 points late in the second half, but three consecutive three-point shots by McKenzie, who finished with 30 points and six rebounds, brought No. 4-4A Park Center back, giving the Pirates the lead they had been missing since early in the second half. 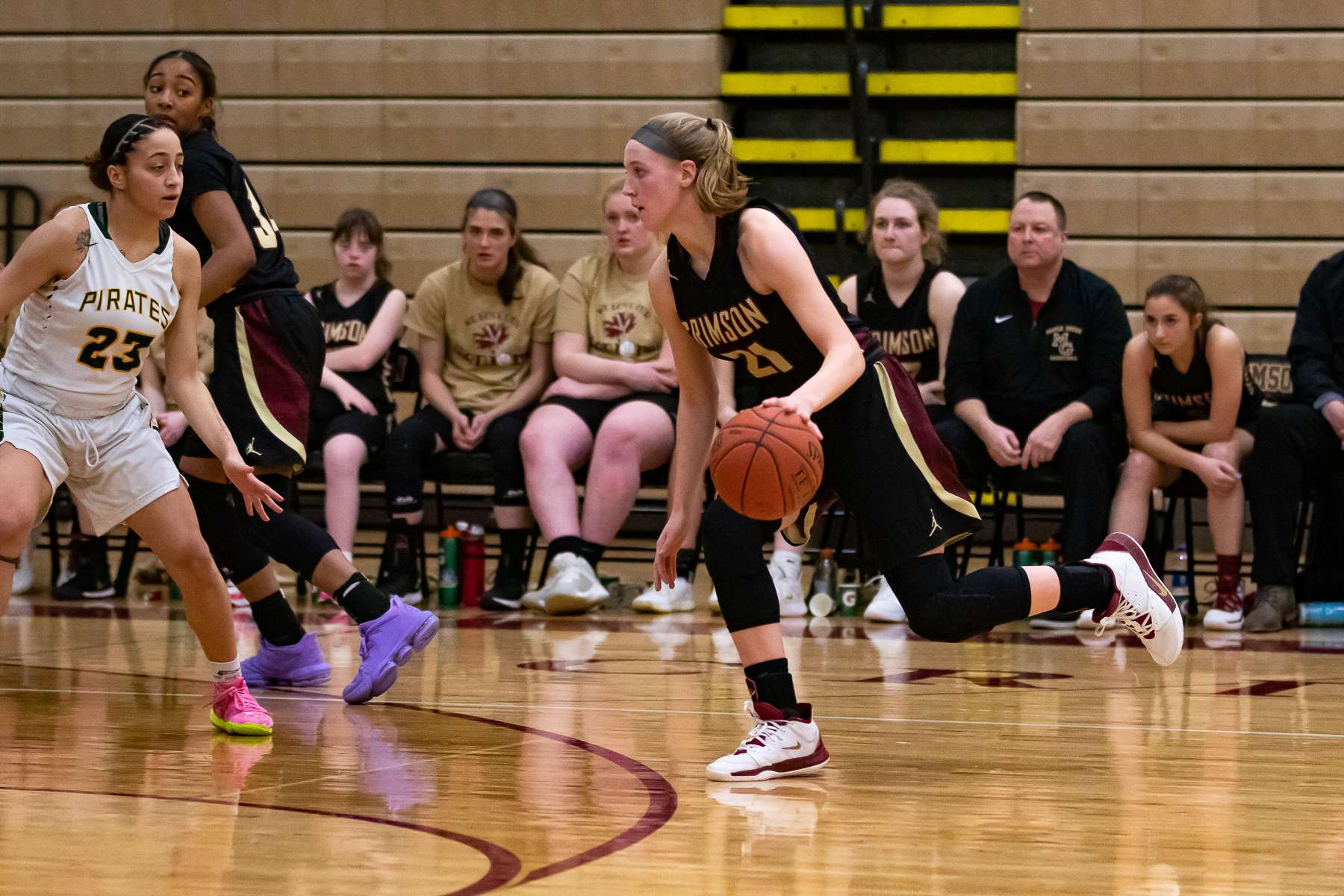