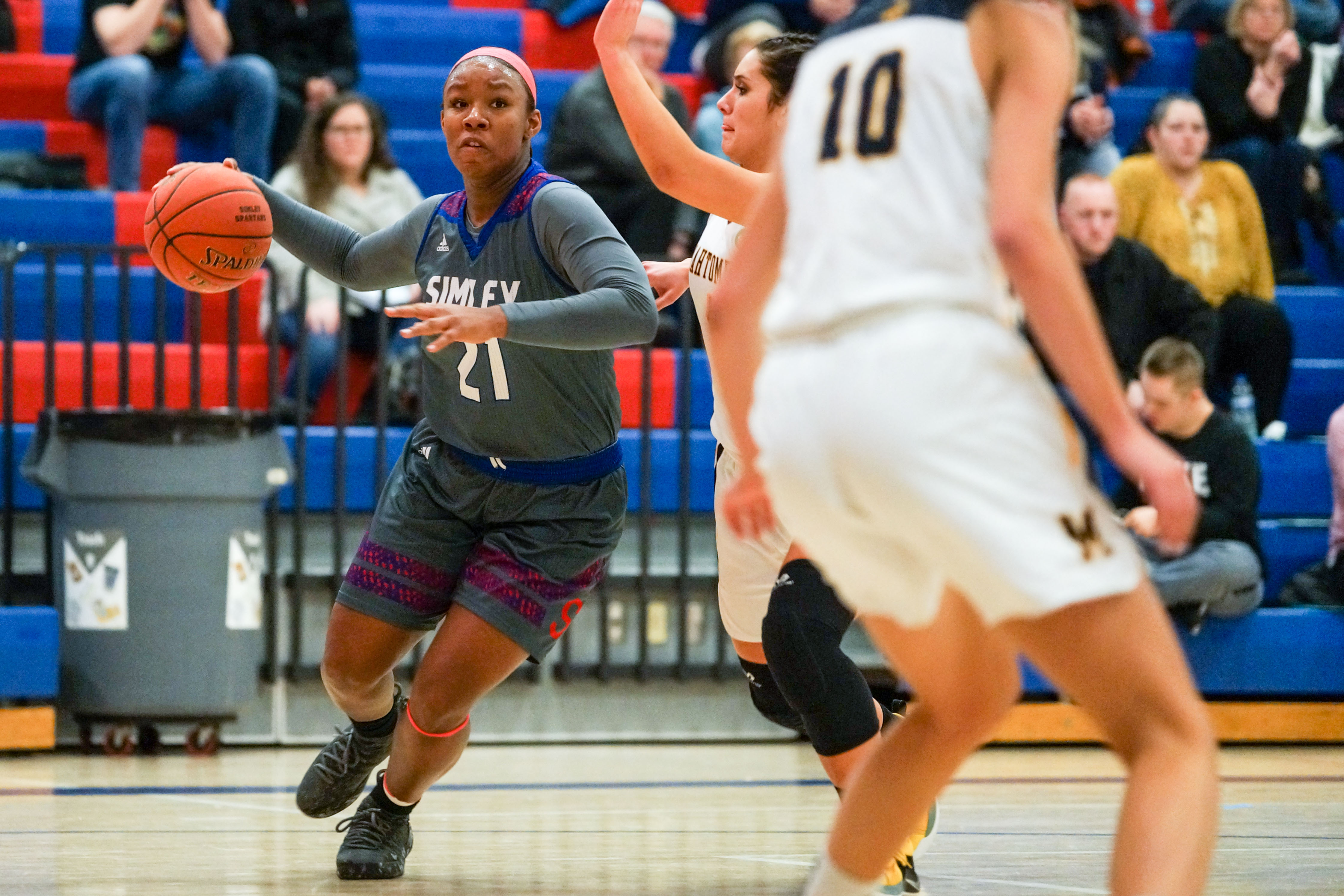 Simley senior Ysareia Chèvre (21) and her Spartan teammates were in control most of the night against visiting Mahtomedi Tuesday in an easy conference victory. Photo by Korey McDermott, SportsEngine

It is no secret that the Simley is packed with talent.

The Spartans, ranked No. 3 in Class 3A by Minnesota Basketball News, have won 16 consecutive games and are knocking on the door of 20 regular-season wins after a 73-39 blowout victory over Metro East Conference opponent Mahtomedi at home on Tuesday night.

The talent on Simley’s roster, however, doesn’t translate to just its offense. As evidenced in Tuesday's triumph, the Spartans (19-2, 10-0) can shut down opposing scorers and oftentimes make it look easy. Opposing teams are scoring an average of fewer than 43 points per game against Simley (19-2, 10-0), one of the lowest marks in Class 3A.

And the players will tell you much of that success comes from effort. 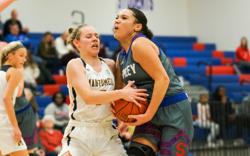 "We're all very athletic, but we're also on the same page on defense," said senior Ysareia Chevre, who finished with a team-high 18 points Tuesday. "We work hard on defense."

Mahtomedi (15-7, 5-5), a solid contender that entered Tuesday’s matchup with a winning record against league foes, being held to just 39 total points showcases what Simley is all about.

Simley’s momentum on defense has grown throughout the season.

"We've held some girls who are averaging quite a bit to under double-digits, and we've held teams that score a lot to around 40," Simley coach Mark Stensgard said. "Once they start seeing that, and believing it, the momentum just kind of keeps going."

Many of Simley’s players are back from last year's squad that had a breakout season, finishing with 22 wins and a Metro East title. The Spartans, however, had an abrupt end to their season, losing 52-45 to St. Croix Lutheran in the Class 3A, Section 3 semifinals. Injuries didn’t help, with Ravyn Miles missing almost the entire season.

The Spartans have been healthy heading into the final weeks of the regular season. Now they appear confident on the eve of heading into section tournament play.

"This year, it's our senior year. We just want to make a statement," Chevre said. "We're all healthy, and we're just ready." 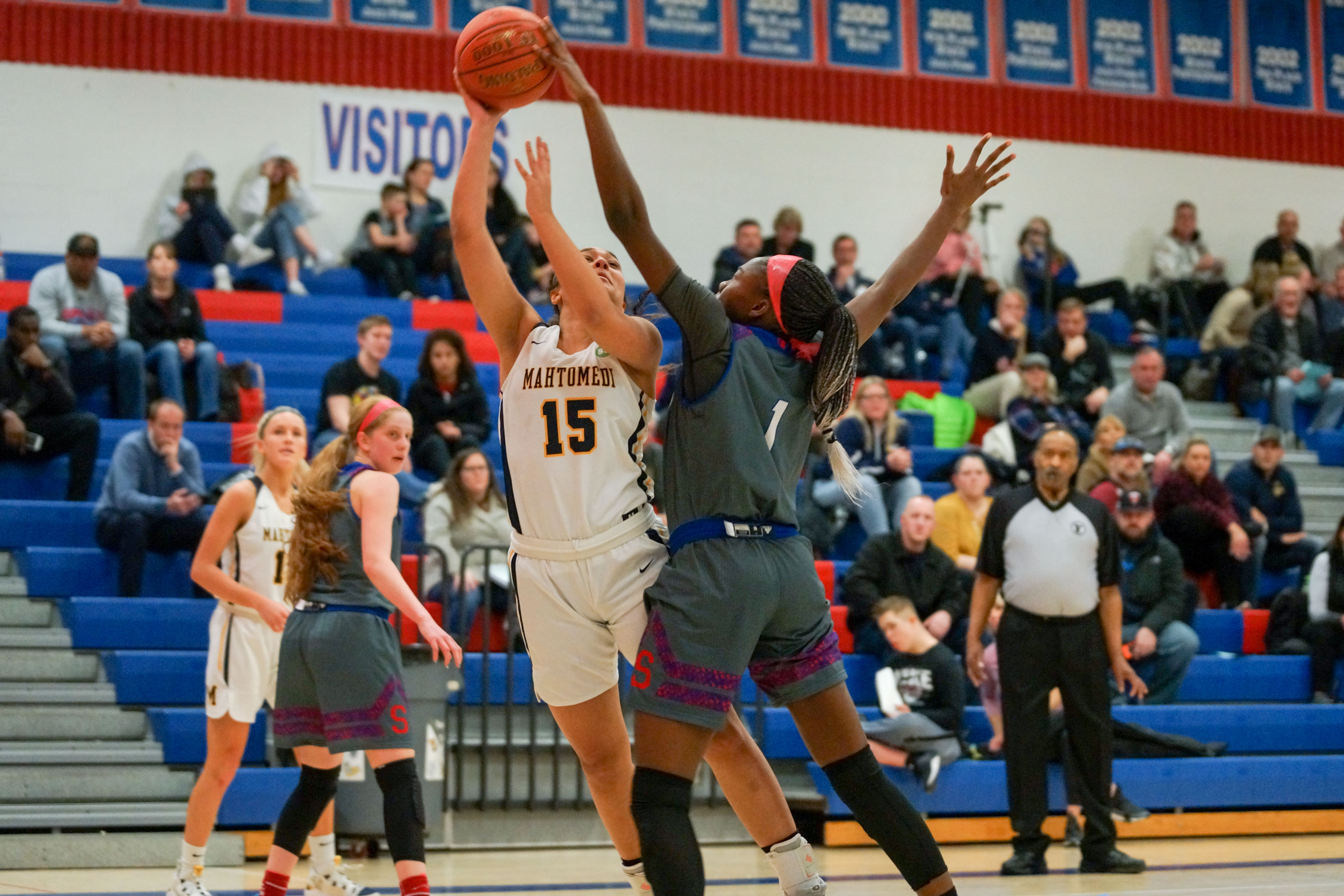 Tuesday’s Metro East Conference matchup at Simley High School ended up being a one-sided victory for Simley, which had four players produce double-digit point totals for the Spartans, who are ranked No. 3 in Class 3A by Minnesota Basketball News.

With the victory, Simley has won 16 consecutive games. The Spartans last lost on Dec. 17, when they suffered a 58-51 defeat to No. 5-4A Stillwater. 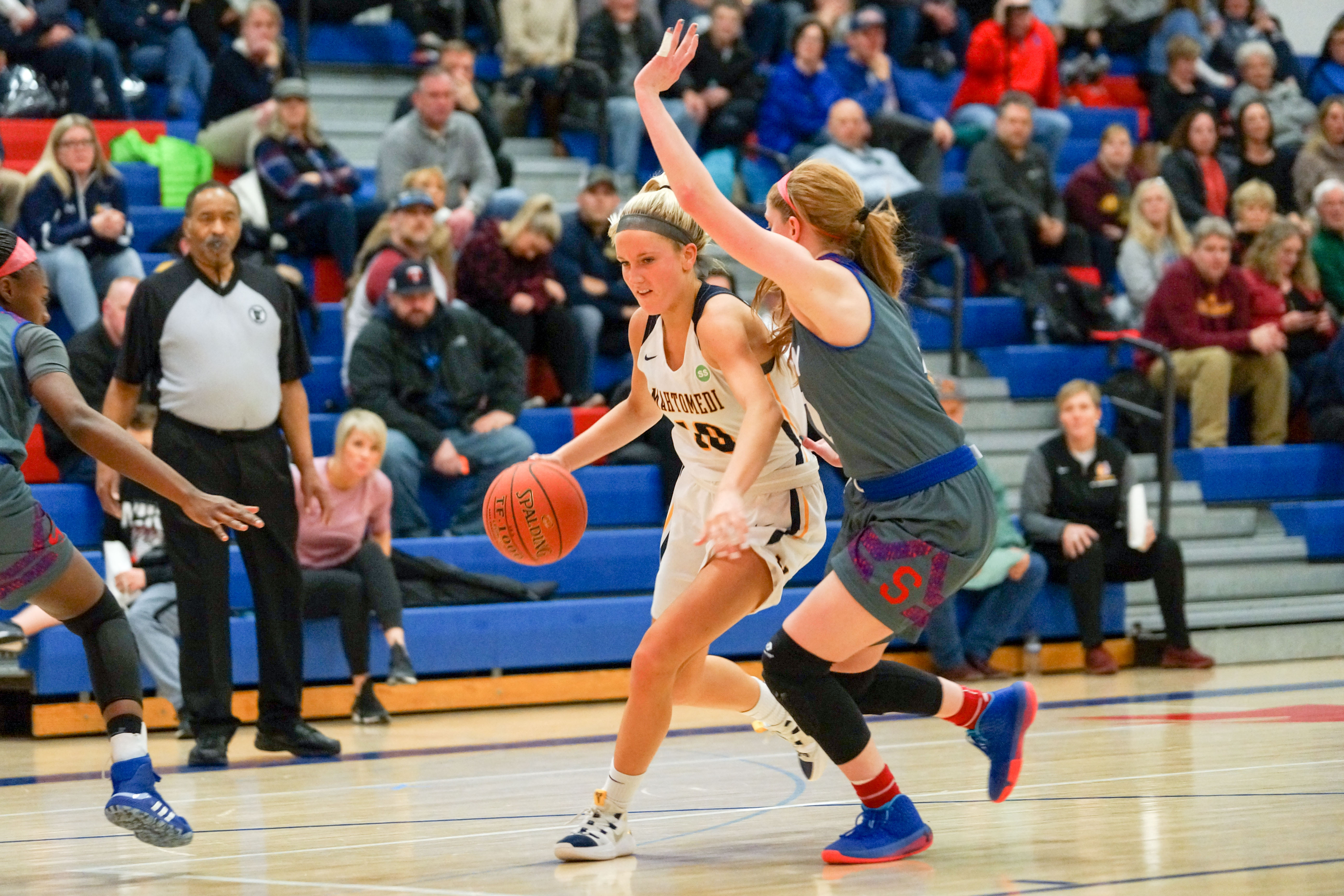