Junior Adalia McKenzie leads the metro area in scoring, averaging 31 points per game. She has aspirations to play in the WNBA and, after she retires, become a pastor. 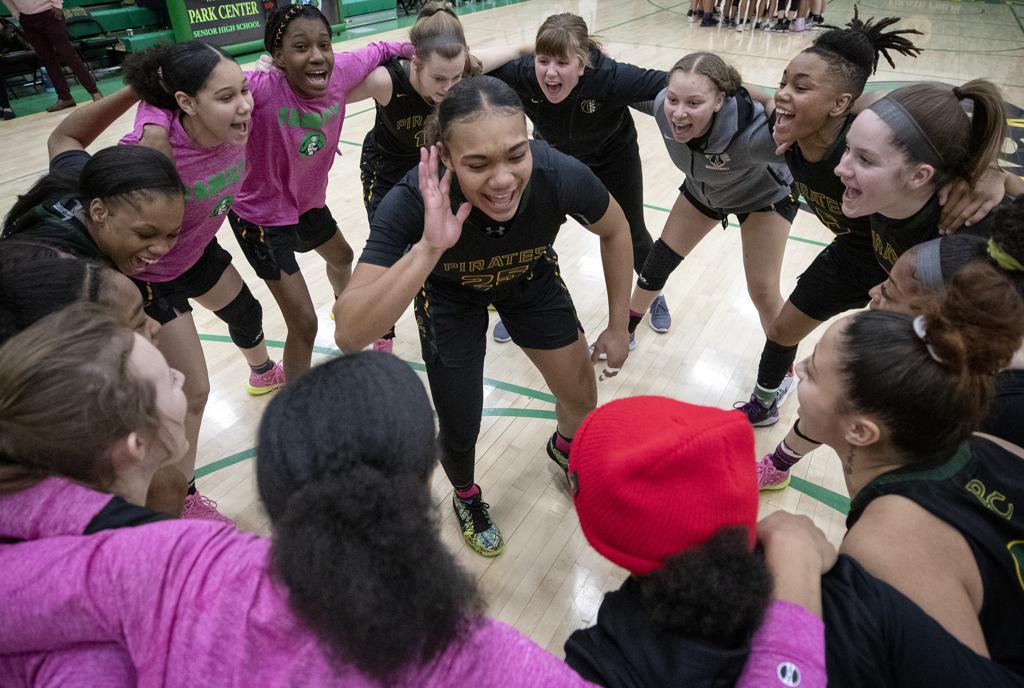 McKenzie is listed at 5-10 but she confirms that she’s actually a bit shorter (“I’m 5-8 but I play like I’m 6-1,” she said with a laugh). Just a junior, she’s nearly always the most dangerous, dominant player on the court.

A born scorer, blessed with a lightning quick first-step and the innate ability to finish, she leads the metro averaging just over 31 points per game. She’s topped 40 points four times this season, including a 49-point effort in an 80-55 victory over Spring Lake Park in January at Target Center.

“She’s a scoring machine,” said Park Center coach Barb Metcalf. “She has an extra gear that other players don’t have and she seems to find it when we need it most.”

With two daughters who played college basketball and a former basketball coach himself, Park Center Athletic Director John Hedstrom knows a bit about girls’ basketball. He knows a special player when he sees one.

“She has a motor that just doesn’t quit,” Hedstrom said. “She has an intensity to her and a competitiveness that a lot of girls don’t have.”

A relentless hunger to improve has led McKenzie, who is undecided about her college plans, to grow substantially as a passer. She also can defend any position on the court,  with physical ability already tailor-made for the rigors of the next level.

McKenzie drove for a basket against Osseo.

But what stands out about McKenzie, what makes her special, is an unwavering humility that drives a boundless work ethic. She’s confident but easy with an amiable smile and gentle giggle. She’s good and she knows it, but never cocky. Every accolade, every compliment is earned.

“She has put in a tremendous amount of effort, time and energy to develop her skills,” said Grant McGinnis, who writes for PrepGirlsHoops.com. “If you ask her to do 10 things to get better, she’ll do 11. Ask her to come at 6 a.m. to work out, she’s at the door at 5:45.”

That strength of character shows through off the court as well. Her father, Pastor Robert McKenzie of Word of Faith ministries, has taught her to revere the Bible and respect the game with equal fervor.

“My faith is very important to me. I get my drive from my dad,” she said. “He’s got the passion in life and I want to be the same way in basketball.”

His daughter’s basketball career has been a focus of Pastor McKenzie’s life outside the church. He’ll compliment and critique, point out areas of success and areas of improvement. And not just on the court.

“We often get praise for doing the good stuff, but it’s also good to know how I can go farther,” Adalia said. “Inside basketball, but also outside of basketball. He’s always told me ‘You’ve got to become a better person before you can become a better player.’ ”

It’s no surprise, then, that McKenzie is one of the more well-liked athletes at Park Center. Metcalf says she’s never seen her star player have an angry word for anyone.

“Any advice I give her is ‘Stay hungry, stay humble.’ I don’t see her walking through the halls with a big head,” Metcalf said. “I don’t see someone who has ever had a mean tongue about another [person].”

An assassin on the court, McKenzie is just the opposite off it. Other players, particularly the younger ones, tend to gravitate her way and that’s the way she wants it.

“In one of our games, the little girls on the traveling team were sitting behind us,” McKenzie recalled. “They were dancing and stuff and I started dancing with them, giving them all high-fives. It made them happy that I was engaging with them. That brings a lot of joy to me. If I can have an influence over the younger ones, that’s what I want.”

Her role model status falls in line with her life plan. She sees basketball not only as a passion but an avenue for her future.

“I want to use basketball as a platform to reach people,” she said. “My goal is to make the WNBA and then, after I retire, become a pastor and have an impact on people’s lives.”

For now, however, she’s fine with having an impact on those who are closest to her. Park Center is 19-3 and ranked No. 4 in Class 4A. If the season ended now, the Pirates would likely get the No. 1 seed in Section 5 of Class 4A. That would position them well for a state tournament berth and a shot at what McKenzie calls “the big boy championship.”

With a talented group around McKenzie, the Pirates have high expectations.

“We’ve got a really special player, but the reason she’s extra special is the surrounding cast around her,” Metcalf said. “You can win a lot of games with one great player, but you’re not going to win the big game. And she’s realized that we’re only going as fast as her teammates can take us.”

Adalia McKenzie at a glance

School, year: Park Center, junior
AAU Club: North/Tartan
Scouting report: A gifted athlete with great speed, augmented by the quickest first step in the state. A proven finisher with a strong mid-range game and an aggressive rebounder. Extremely hard-worker with good basketball IQ.
College choice: Undecided. Minnesota is high on her list, but she’s also shown interest in Iowa and Marquette. “And I plan on taking college visits and seeing my options,” she said.”
Quote: “It’s important to be kind to others. Everyone deserves a smile on their face.”