The UConn-bound senior became the first high school girl to be featured on the cover of Slam magazine. 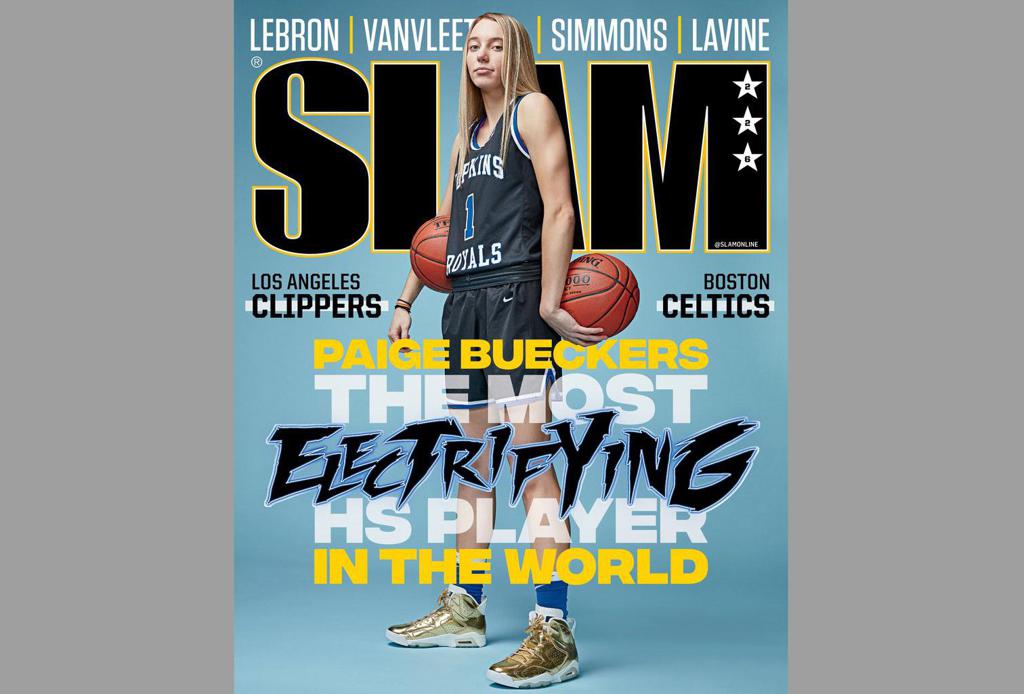 Wednesday was a good day to be Paige Bueckers.

The Hopkins girls’ basketball star became the first high school girl to be featured on the cover of Slam magazine, a national basketball publication.

The Connecticut-bound senior is the top-ranked player in the nation for the class of 2020 by HoopGurlz, a national recruiting website. Slam calls her “the most electrifying high school player in the world.’’

In a Twitter post Wednesday, Bueckers wrote, “I never want to let all this attention get to my head, but I do want to use my platform to inspire and be a great role model for girls and hoopers watching.’’

Bueckers, a 5-11 guard, is trying to lead the Royals to a second consecutive undefeated season and Class 4A state championship.

Later on Wednesday Bueckers and her Hopkins teammates were invited to a McDonald’s restaurant near their high school to honor her recent selection as a McDonald’s All-American.

Last year Bueckers was named the Female Athlete of the Year by USA Basketball. She led Team USA to a gold medal in the FIBA Under-19 World Cup and the Royals to a 32-0 record and the Class 4A title last season.