Hailey Hohenecker, who recorded 18 points and eight rebounds, helped guide the Lions to a victory over their league foes by playing suffocating defense. 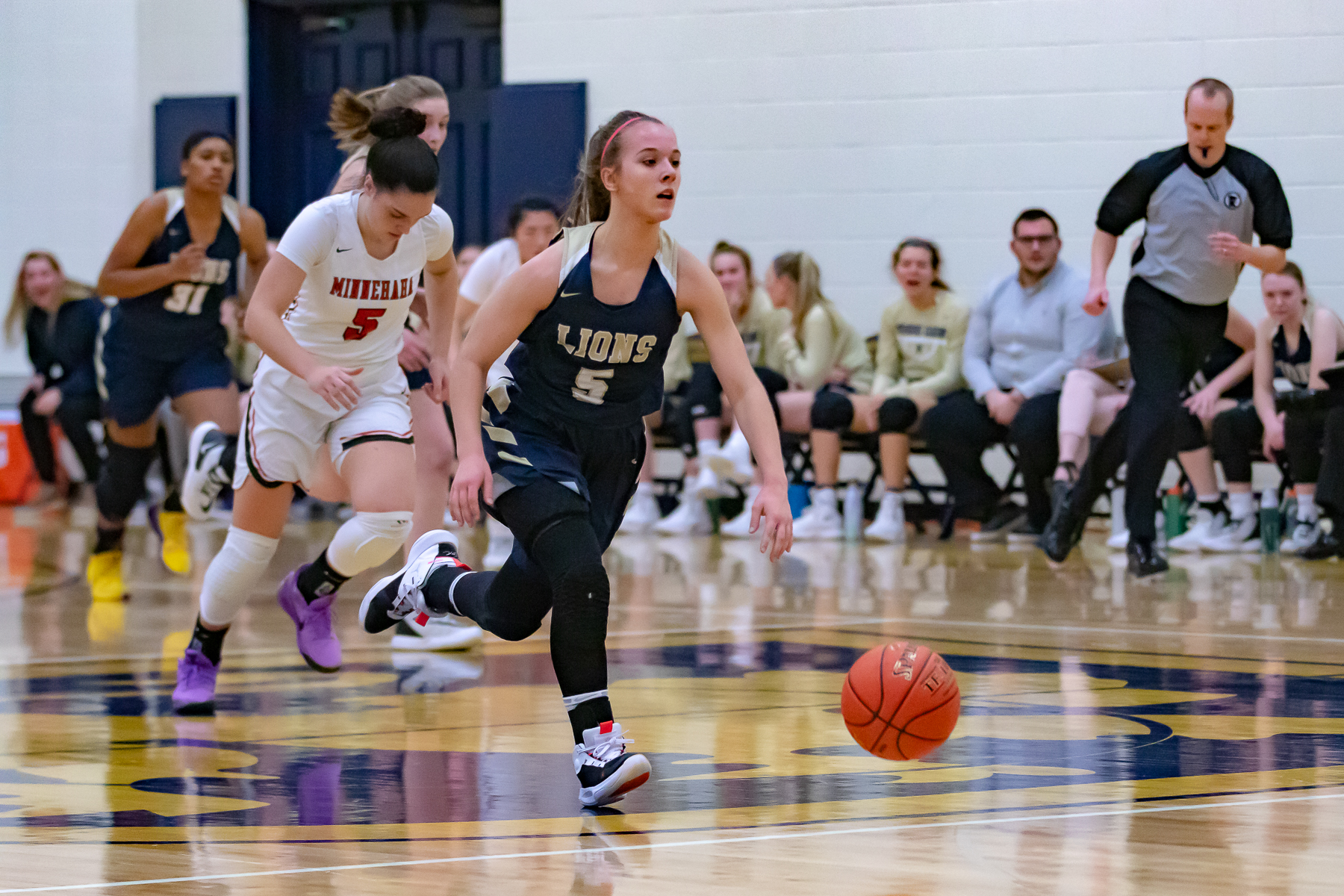 Providence Academy is for real.

The Lions proved it against one of the best squads in Class 2A, using airtight defense to suffocate Minnehaha Academy, a team that came into Tuesday night’s matchup having won 10 of its last 12 games, including a 58-52 victory over the Lions on Jan. 10.

This one ended differently, with the Lions claiming a 59-38 home win against the Redhawks, their Independent Metro Athletic Conference rivals who haven’t missed a state tournament since 2013.

Hailey Hohenecker played the star for Providence Academy. The senior guard finished with 18 points and eight rebounds to lead the Lions, who are ranked No. 8 in Class 2A by Minnesota Basketball News. 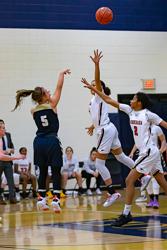 Although the 18 points may not surprise anyone, as Hohenecker averages 14.4 points per game this season, her rebound count is something to look at, especially when considering her height. At 5-foot-5, she was by far the shortest player on the court Tuesday. However, her presence on the floor seemed to have the biggest impact for her team and their performance.

“She’s our true point guard,” said Providence Academy coach Conner Goetz. “She’s our energy, she’s our defensive hound. She handles the show anytime they press. We always try to get the ball back in her hands.”

The Lions (16-4, 5-1) seemed more relaxed anytime Hohenecker had the ball, as she used her speed and stature to knife her way through the No. 5-2A Redhawks’ defense; causing fouls and finding open teammates.

“She’s been through this for four years now, and it’s finally all coming to end and I’m really happy for her,” Goetz said, adding Hohenecker will attend the University of Sioux Falls next fall. “She’s the heart and soul of this team. As she goes, we go.”

Providence Academy seemed to build off the defensive pressure Hohenecker poured on, denying every entry pass, and grabbing steals left and right.

The scoreboard reflected that effort as Minnehaha Academy (12-5, 3-1), a team averaging 70 points per game this season, was held to just 38 total points, with 14 of them coming in the second half.

Hohenecker stressed how important it was to get in the face of the Redhawks’ shooters and challenge everything.

“Defensively, we’re a strong team,” Hohenecker said. “Our plan was to stop the shooters, and make sure there weren’t any drives and the bigs were a huge part of that.”

One of the bigs that played a key role in the win was Grace Counts. The freshmen scored 13 of her 19 points in the second half, keeping the Redhawks from striking distance throughout the closing minutes.

“She’s a big asset to the team,” Hohenecker said of Grace. “She’s such a big presence inside, and she has really nice footwork; both her and her sister.”

Grace’s sister is Maria Counts, a sophomore who finished with 10 points and 11 rebounds.

Minnehaha Academy, the defending state champion in Class 2A, struggled to deal with the Counts sisters down low, trailing 34-24 at halftime, and in the second half they were unable to get anything going offensively.

Curtis, who averages 26.4 points per game, struggled — totaling just six points. Tanna Gallo, one of the Redhawks’ sharpshooters, had a good stretch where she hit three consecutive three-pointers, but that was it as she finished with nine points. Telia Graham’s 16 points led the Redhawks, who were outrebounded 34-25.

Knocking off Minnehaha Academy in Tuesday’s rematch was big, with Lions shouting in celebration as they left to enter their locker room.

“It was good to see our unit play as one, sticking together and fighting through this one,” Hohenecker said. 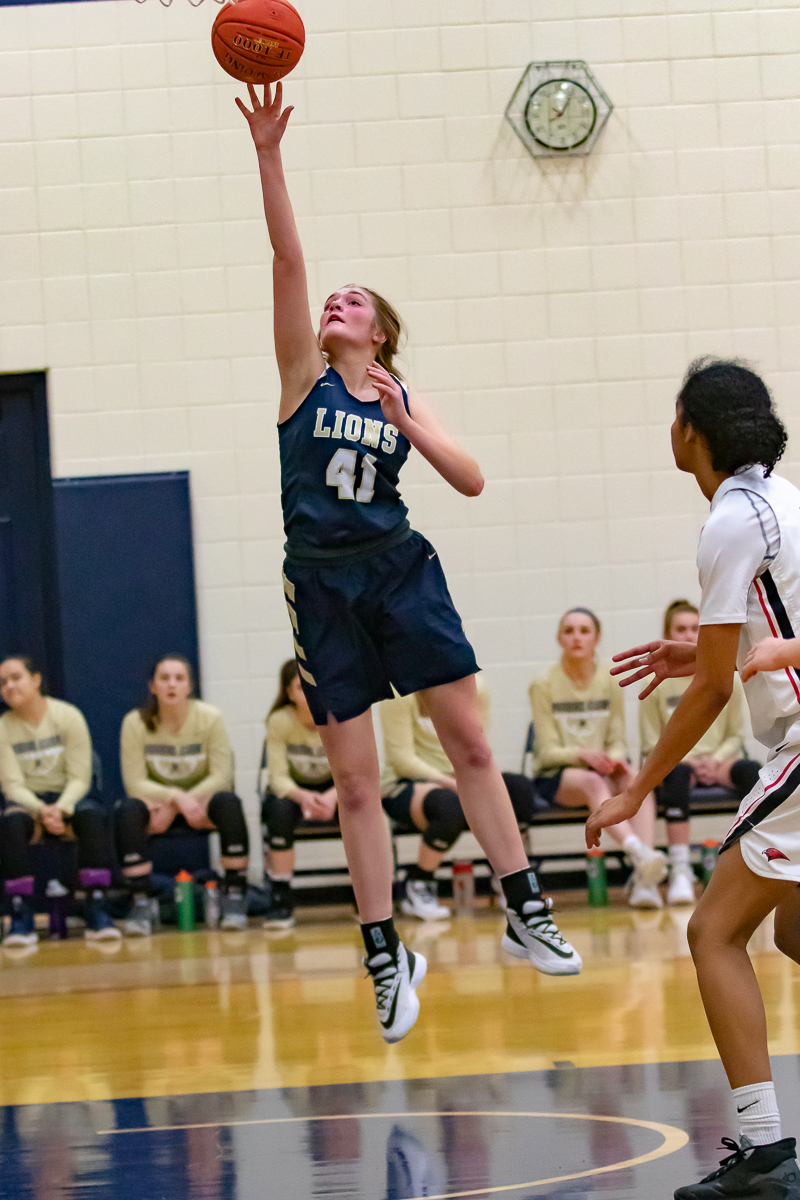 Providence Academy's Grace Counts (41) scores on a layup late in the second half versus Minnehaha Academy. Counts, a ninth grader, led the Lions with 19 points as they defeated the Redhawks 59-38 in Plymouth. Photo by Gary Mukai, SportsEngine

Minnehaha Academy (12-5, 3-1) averaged 70 points per game going into Tuesday’s tilt, but the Redhawks, ranked No. 5 in Class 2A by Minnesota Basketball News, struggled to get anything going against a No. 8-2A Lions team that utilized a 2-3 zone, with Hohenecker denying every pass and applying tight defense.

Hohenecker finished with 18 points and eight rebounds, but it was her effort defensively that helped propel the Lions (16-4, 5-1) to victory. Forward Grace Counts helped lead the offensive surge, scoring 19 points — 13 in the second half.

The Redhawks were unable to get within striking distance in the second half, scoring just 14 points. Telia Graham paced Minnehaha Academy with 16 points and five rebounds, while Mia Curtis, averaging 26.4 points per game, struggled with just six points.

The Lions were defeated by the Redhawks 58-52 on Jan. 10. Providence Academy has won five consecutive games since then. 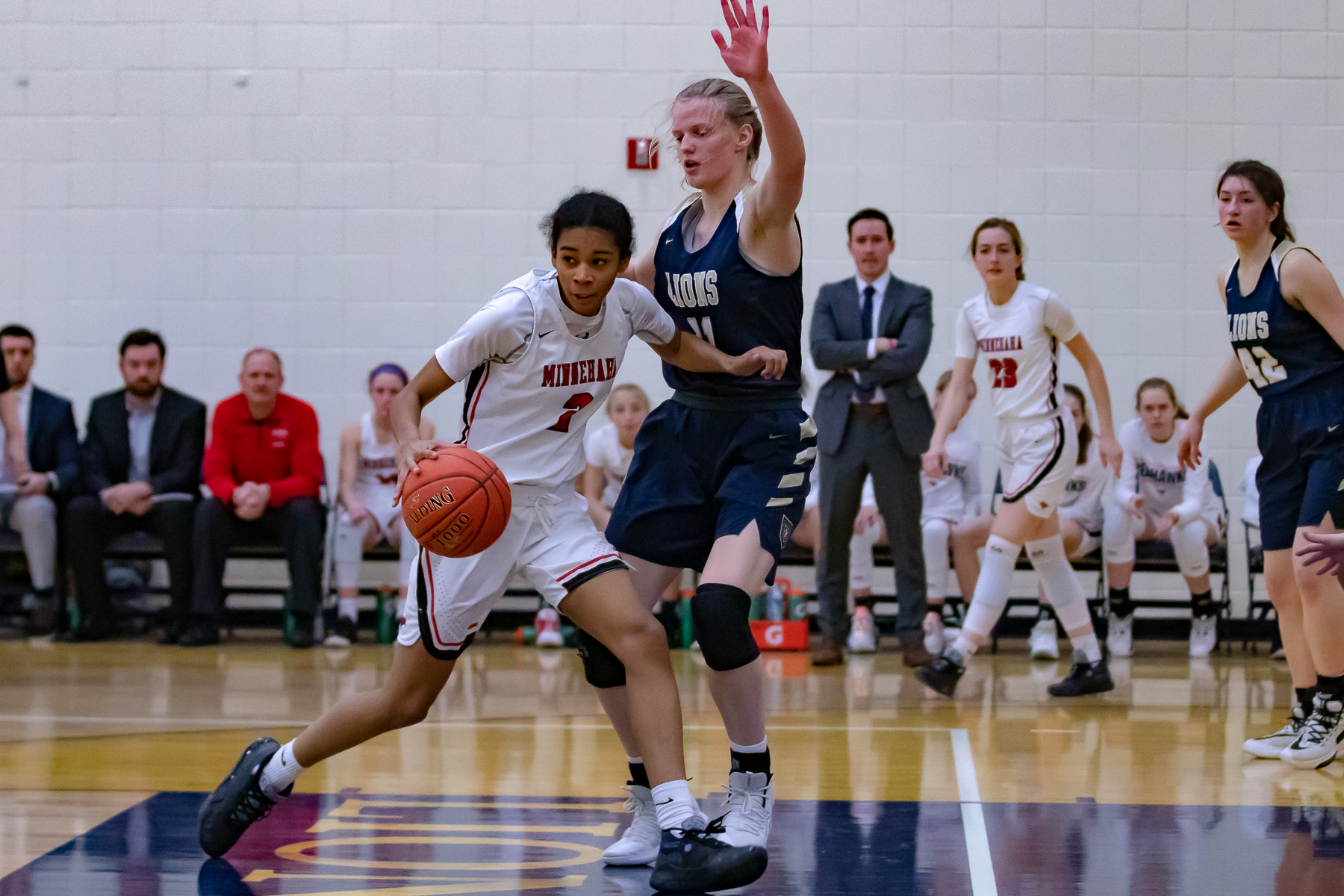