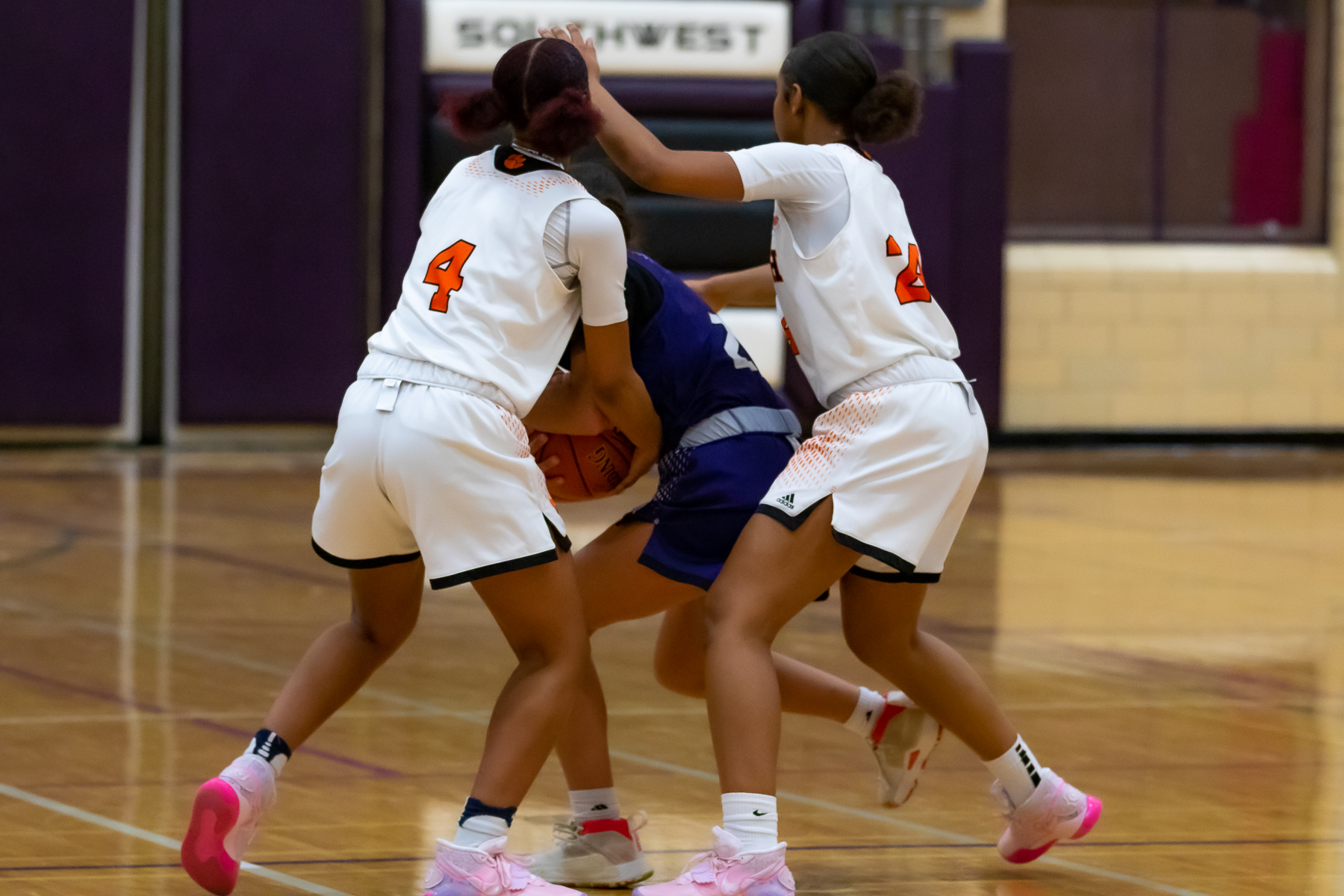 Minneapolis Southwest coach Dan Froelich tried to prepare his team for Minneapolis South’s stout defense his team would play against Tuesday by having his five starters go up against eight defenders in practice.

As it turned out, even adding three more defenders in practice wasn’t enough to prepare the Lakers for what was coming in their Minneapolis City Conference matchup with the Tigers, as South rolled Southwest 63-29 at Minneapolis Southwest High School to stay unbeaten in league play.

The Tigers (11-2, 4-0) pressed and trapped their conference rival from the opening tip, with their tight defensive play forcing the Lakers into 32 turnovers.

As a perennial favorite to win the conference, South coach Ricky Hill knows his team is usually the hunted instead of the hunter.

“They better be ready for every game,” Hill said. “They’re going to shoot for us every time. A win over us can make a team’s season.” 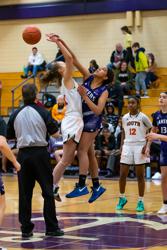 With Hill’s team prepped, the Tigers were ready and able to pounce on Southwest (6-5, 2-2) from the very beginning. Less than five minutes into the first half, South jumped ahead 10-3 and forced five Laker turnovers.

“We get that momentum when we start getting steals and deflections,” Hill said. “It makes them feel good and fuels their fire.”

Once the Tigers started forcing turnovers, they used that to jumpstart their offense and were able to stave off any comeback effort from the Lakers.

South’s offense started with junior guard Jade Hill, the younger sister of former Tiger, Ohio State Buckeye and WNBA star Tayler Hill, and Morgan Hill, who amassed more than 2,000 career points when she played for the Tigers. Like her sisters, Jade Hill is a force to be reckoned with on the offensive end. She started out with 11 points in the first half and finished with 24 points.

While that number was good enough to lead all scorers Tuesday, it was short of her season average of 29.5 points per game.

“I thought we did a good job on our help defense of defending Jade,” Froelich said. “The problem was we couldn’t get to the ball and get those rebounds.”

Who was getting those boards for the Tigers? Jade Hill had 17 rebounds, with many of those coming off her own misses. Her ability to rebound is part of how she’s grown into being a more complete player to help her team win.

“We need her to take that leadership role and do what she does,” Ricky Hill said. “She’s done that this year. She’s also seeing the floor a lot better and getting better at getting those deflections.”

Jade Hill helped force many of Southwest’s turnovers, with her aggressive play near midcourt leading to tips and takeaways.

“They played really hard,” Froelich said of South. “They forced us into way too many turnovers.”

Froelich’s group is particularly young, with the Lakers starting a pair of freshmen. Like other young teams, they’re having ups and downs, which Froelich expected heading into the season.

Part of Tuesday’s bump was going up against the Hills of Minneapolis South. It’s something Froelich is no stranger to, as he’s in the middle of his ninth season coaching Southwest.

“Our players are all getting better,” Froelich said. “We knew there would be plenty of bumps and bruises going into this year.”

While Froelich continues to develop an inexperienced Lakers team, Ricky Hill looks to guide his Tigers to continued success and another conference title. A victory over Southwest was another step in that direction.

“We need our players to fill their roles for us to win,” Ricky Hill said. “They have to do all that we ask them to do.” 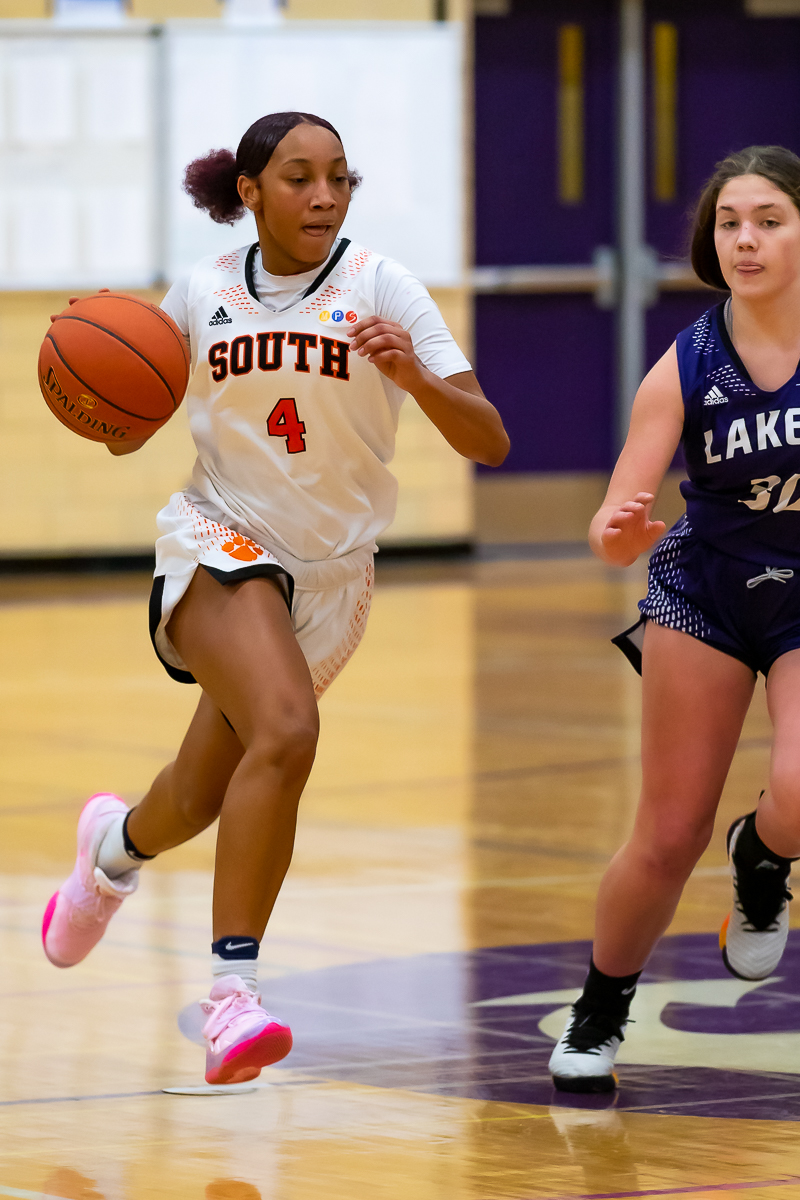 South (11-2, 4-0) used its tough half-court trap and full-court press to jump out to a 10-3 lead, making things difficult for the Lakers early. Tigers junior guard Jade Hill led the way in the first half with 11 points. She finished with a game-high 24 points and 17 rebounds.

Despite the Tigers’ stifling defense, Southwest (6-5, 2-2) went into the halftime break trailing just 27-19. Senior forward Becca Murphy led the Lakers with 10 points in the first half, including a pair of three-pointers.

The Lakers, however, couldn’t keep up in their opponents after halftime and Murphy couldn’t tally a point in the second half. Virginia Johnson, a freshman forward, was a bright spot for the Lakers, as she knocked down a pair of three-pointers and finished with a team-high 11 points. 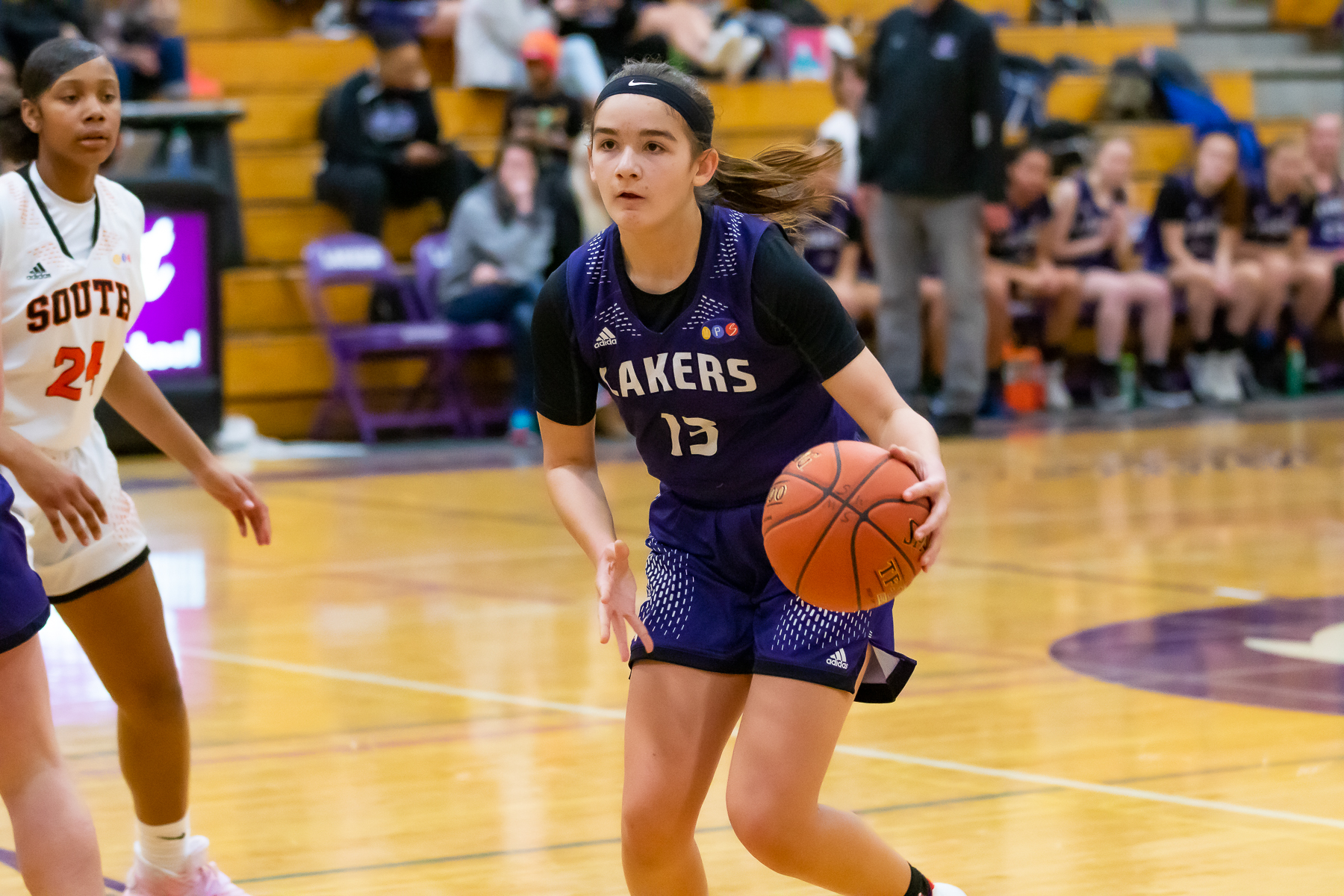