Adalia McKenzie, a junior forward, scored a game-high 34 points to help the Pirates sink the Skippers. 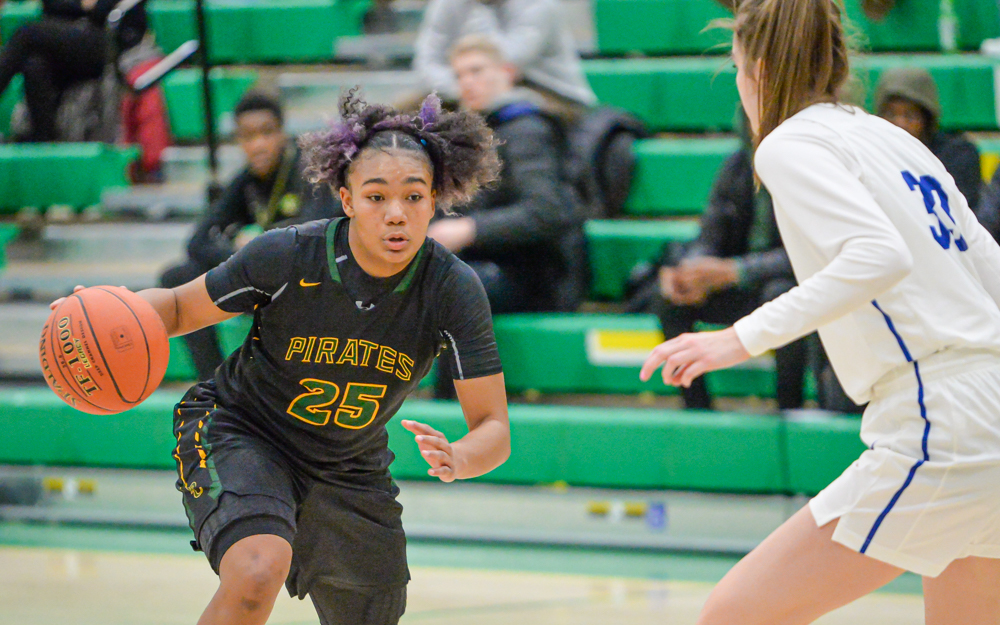 Park Center’s Adalia McKenzie spots an opening in front of the basket late in the second half in the Holiday Showcase Friday night. The Pirates beat the Skippers 75-58 and remain undefeated. Photo by Earl J. Ebensteiner, SportsEngine

When a team’s starters each average three-to-five steals per game, their defense is probably pretty good.

That was the case on Friday night as Park Center used a smothering defense and got 34 points from junior forward Adalia McKenzie to beat Minnetonka 75-58 at the Park Center Holiday Showcase.

Returning everyone from a team that finished with 23 wins a season ago, the Pirates displayed impressive team chemistry, showcasing crisp passes, forcing turnovers and being relentless to get offensive rebounds.

“We’ve been working on being more disciplined in the half court, but I thought we ran our sets well throughout the game tonight,” Metcalf said.

McKenzie added: “We’re really focusing on communicating and knowing what to do.” 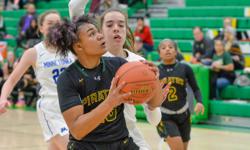 “Our girls love offense, so they know they better play some good defense,” she said.

With a minute left in the game and Park Center (11-0, 2-0) leading by 17 points, Pirates senior guard Lauren Frost missed a shot and crashed the boards to collect an offensive rebound. Frost finished with 22 points, and together with McKenzie, accounted for 75% of Park Center’s scoring in the game.

McKenzie had 19 of Park Center’s 33 points in the first half, including several unstoppable drives through the lane. She already has more than 1,000 points in her high school career and she’s fielding scholarship offers, including from the University of Minnesota.

The Pirates, ranked No. 3 in Class 4A by Minnesota Basketball News, needed all of McKenzie’s 19 points in the first half, as they went into halftime leading by five points.

Minnetonka was able to match the Pirates’ aggressiveness in the first half with several steals of its own. The Skippers (6-3, 0-0) also got a good all-around shooting performance from sophomore guard Desiree Ware, who had 21 points to lead the Skippers.

Minnetonka, the Class 4A state champion in 2016, is looking to rebound from a losing record a season ago with a team that features no seniors. Eighth-grade forward Emma Dasovich contributed 12 points for Minnetonka, which led briefly in the first half.

In addition to Park Center’s girls’ team having early season success with an undefeated record, the school’s boys’ team has just one loss and is ranked No. 5 in Class 4A, filling the school’s gym with an aura of excitement.

“People say we’re a basketball school but really just supporting each other is our main focus,” McKenzie said.

“Minnetonka is a quality team and I think we showed that we weren’t looking ahead,” Metcalf said. “But who doesn’t want to play a nationally ranked team getting all of this attention?” 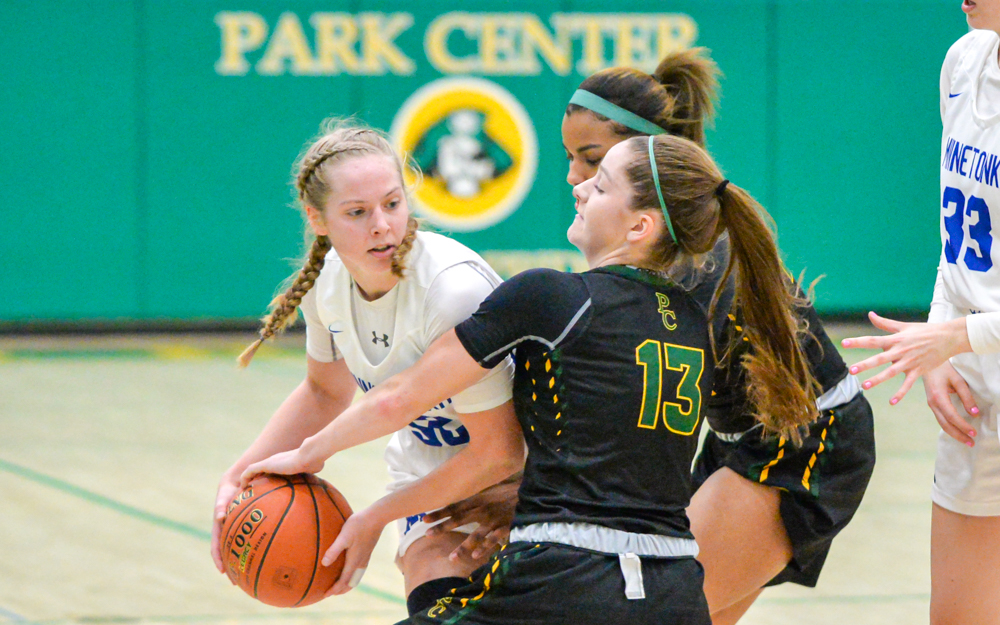 Junior forward Adalia McKenzie, who scored 34 points, and her Park Center teammates proved to be too much for Minnetonka Friday night as the Pirates beat the Skippers 75-48 at the Park Center Holiday Showcase.

After a close first half which saw Minnetonka (6-3, 0-0) take the lead at one point, Park Center, ranked No. 3 in Class 4A by Minnesota Basketball News, opened up a 10-point lead coming out of halftime and never trailed again.

With a never-ending barrage of steals and offensive rebounds, the Pirates (11-0, 2-0) used a smothering defense and impressive team chemistry to stay undefeated. 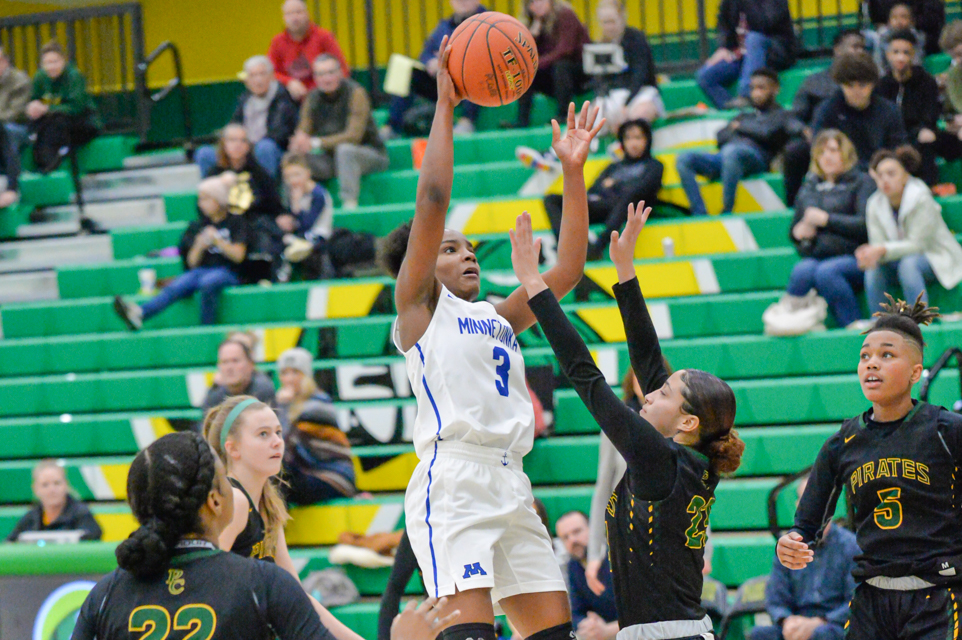 Minnetonka’s Desiree Ware gets a layup early in the second half. Ware had 21 points Friday night in Minnetonka's 75-58 loss to Park Center. Photo by Earl J. Ebensteiner, SportsEngine