Alexis Pratt fueled the Ponies' comeback with 13 of her 19 points coming in the second half. 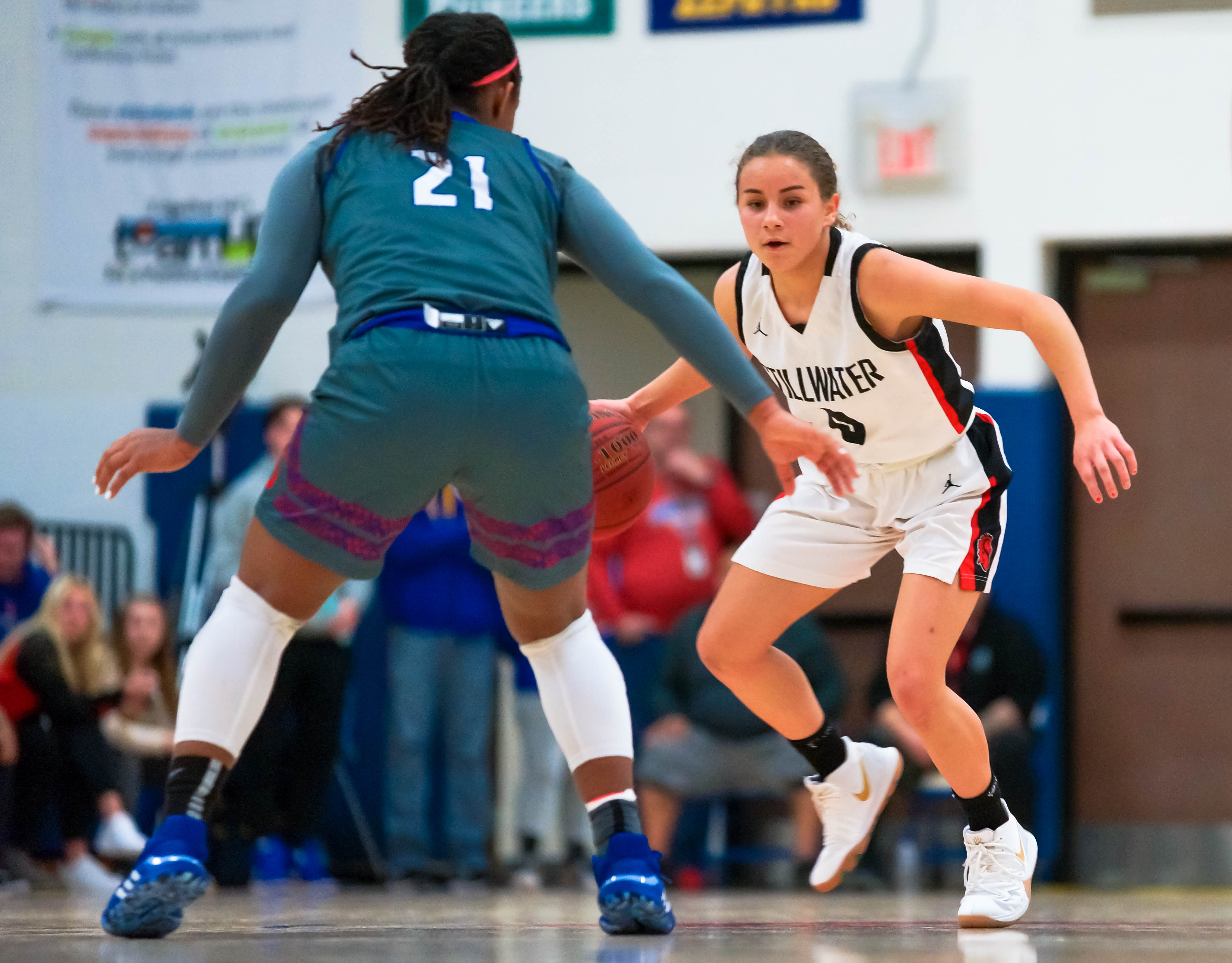 Everything was going right for the Spartans in the first half. Simley propelled itself to a 20-7 lead over Stillwater in the opening minutes of Thursday night’s contest. Stillwater head coach Willie Taylor was concerned his team’s form was carrying over from its previous game against White Bear Lake on Tuesday, which it fell 55-69. Stillwater guard Alexis Pratt had other plans.

Pratt, who stands at 5’5”, imposed her will on the game as she continued to attack the paint and find her spots amongst the trees guarding the paint for Simley. The Spartans (3-2, 0-0) were having a lot of success due to its size advantage over Stillwater (7-3, 4-1). However, Pratt doesn’t change her style for any opponent.

“I know to just play my game whether I win or lose,” the senior said. “Because if you lose you still have to play your game no matter if you have a good or bad game and know I did the best I could until the bell rings.” 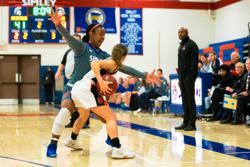 Taylor said the Ponies’ pressure defense was important in making Simley’s bigger players do things they are not as comfortable doing with the ball in its 58-51 triumph.

Pratt put in the work battling for rebounds, and getting stops on the defensive end. This was crucial when Stillwater was chipping away at its deficit.

“I knew I wasn’t hitting my shot, but I knew I had to keep it up on defense,” Pratt said. “So, I had to keep everyone focused and have high energy on defense so we could get back in the game.”

The Ponies started to get into rhythm on offense and were able to close the gap in the first half. It only trailed by three points going into the second half. This is when Pratt locked in and energized her group as it was fighting from behind for most of the game.

Stillwater obtained its first lead of the night with around 6:30 left on the clock.

“We know we have good shooters,” Taylor said. “Our last one and a half games we’ve shot the ball very, very poorly. We started off this game with airballs. We knew our shots would start to drop.”

Having Pratt play alongside Stillwater’s sharpshooters makes the Ponies tough to keep out of a game. Pratt scored a game-high 19 points (13 in the second half).

“If she is not a top five player in Minnesota, then I haven’t seen one,” Taylor said. “The young lady is electric. You can see her jumping two to three feet off the ground for rebounds with the big people . . . She means everything to this team to be honest with you.”

After trailing until 6:30 was left on the clock, Stillwater pulled ahead and closed out Simley 58-51 on Thursday at Simley High School.

The Spartans (3-2, 0-0) started the game scoring efficiently, jumping to a 20-7 lead. But the Ponies early offensive struggles didn’t keep them out of the contest. Stillwater (7-3, 4-1) worked itself back into the game behind 10 first half points from Amber Scalia, who finished with 16 points. Simley found success finding its forwards inside. Simley, ranked No. 6-3A by Minnesota Basketball News, held on to keep a 29-26 advantage going into halftime.

The Spartans top scorer was forward Acheampomaah Danso with 12 points. Alexis Pratt led Stillwater’s offense with 19 points on the night. Her 13 points in the second half pushed the Ponies to victory. 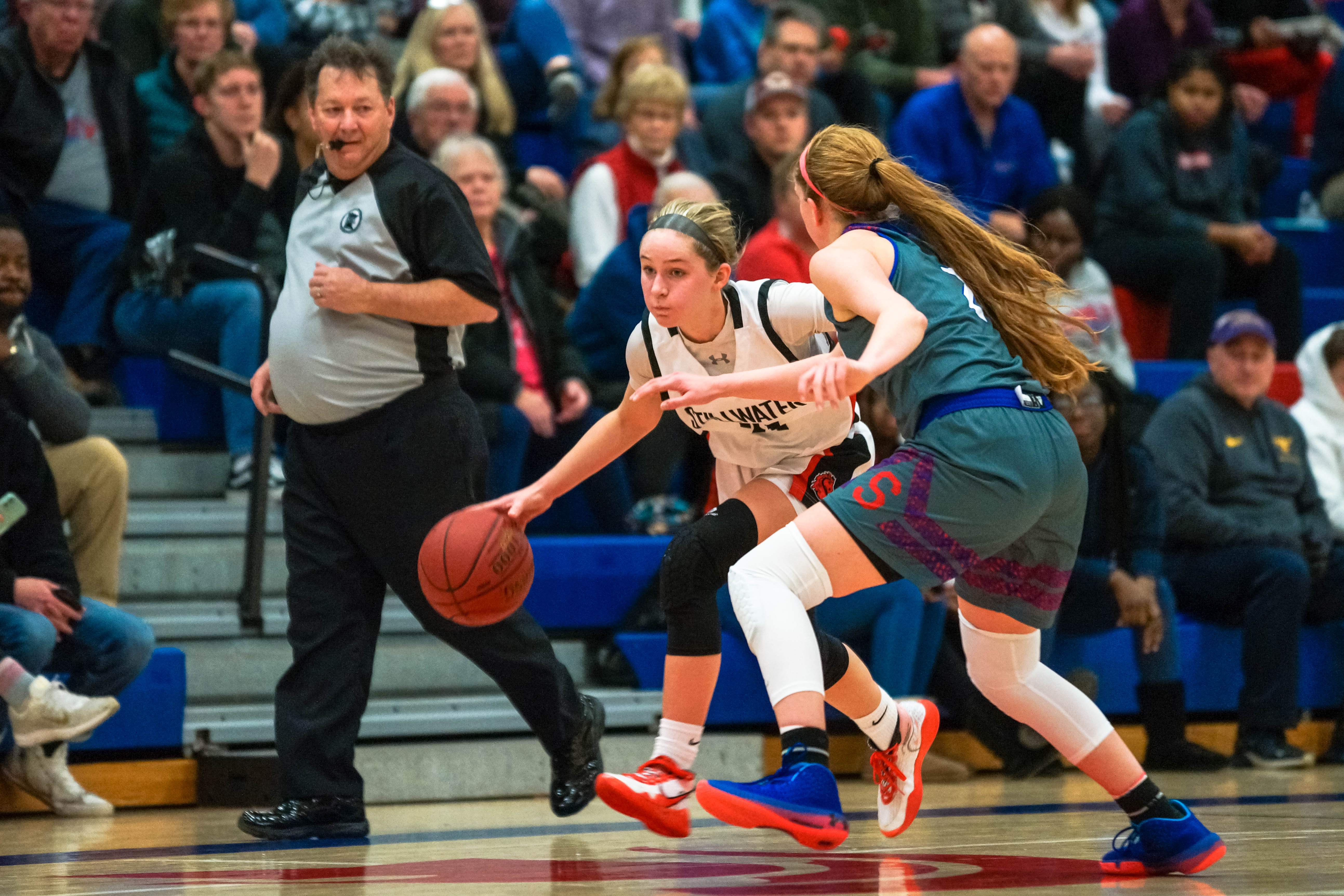