Morgan and Abby Hennen each scored 12 points in the Vikings' victory. 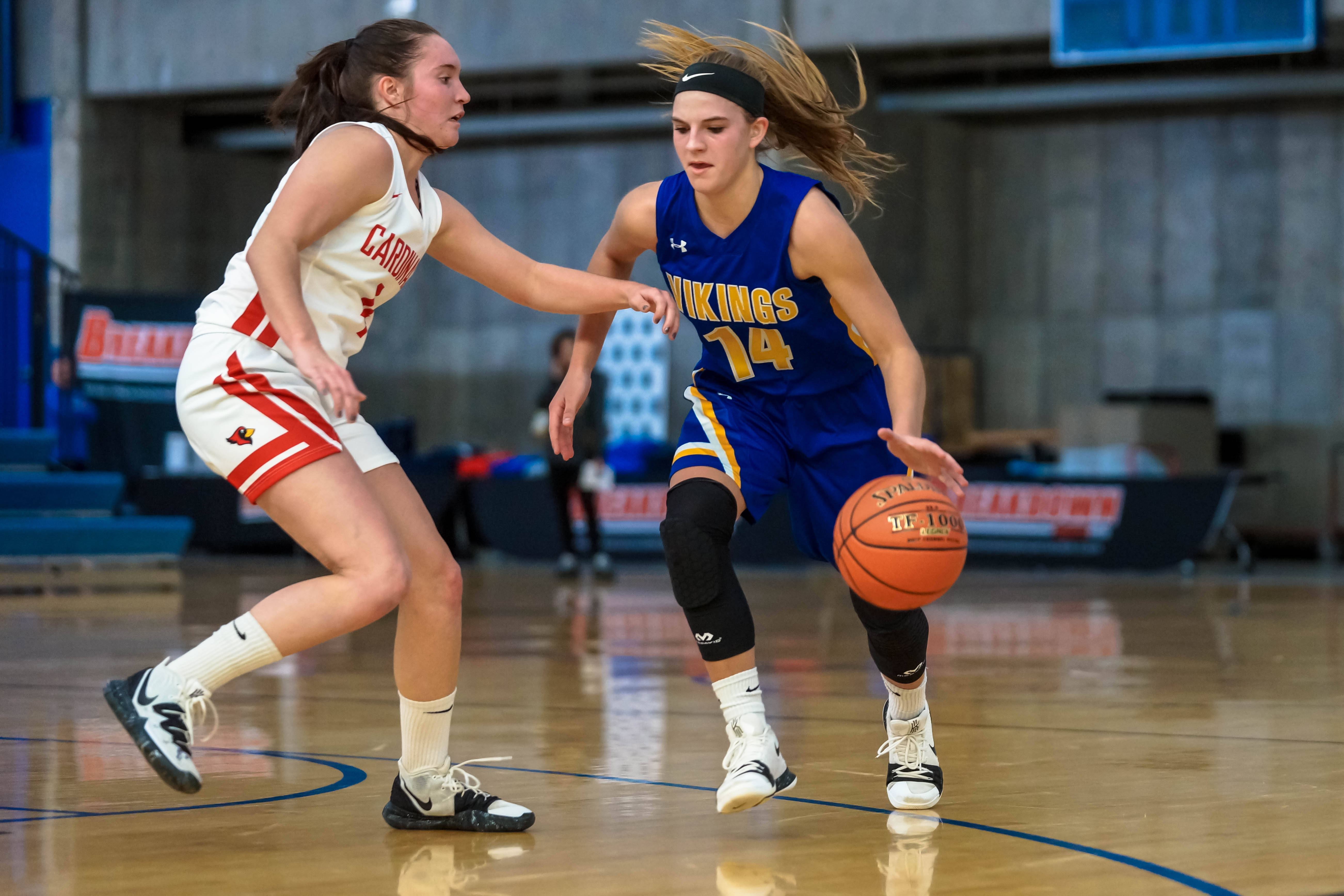 Fresh off their third state title in a year, sisters Morgan and Abby Hennen scored 12 points apiece to lead defending Class 1A champion Minneota to a season-opening 49-47 defeat of Cromwell-Wright on Saturday.

“We lost a lot of crucial seniors, and we’re going to miss them a lot,” said Vikings junior guard Abby Hennen. “But we have some young girls that are really going to step up. Just hoping to get back to the state tournament but taking it each game at time.” 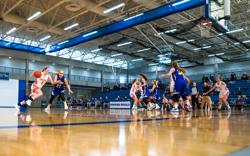 Minneota (1-0, 0-0) passed its first test of the season, as the Vikings, ranked No. 1 in Class 1A by Minnesota Basketball News, edged Cromwell-Wright in the Breakdown Tip Off Classic at Hopkins High School.

Early in the first half, Minnesota-Duluth recruit Shaily Hakamaki hit everything from three-point range for the No. 3-1A Cardinals, burying four threes for 12 of her game-high 20 points to give the Cardinals a 31-23 halftime lead. Overall, the Cardinals connected for six three-pointers throughout the half.

“We started off with a lot of energy, and our shooting was strong at first,” said Cardinals senior guard Taya Hakamaki, Shaily’s cousin.

Taya Hakamaki will also play at Minnesota-Duluth next season. She scored 17 points Saturday, including a three-pointer in the first half.

Cromwell-Wright led much of the second half until the Vikings went on a 10-2 run to tie the game 40-40. The Cardinals and Vikings tied three more times before Morgan Hennen settled the game on a go-ahead free-throw with 17.8 seconds remaining.

“Our defense was a lot better in the second half, and that helped us gain the lead,” Abby Hennen said.

Minneota shut down the perimeter as Cromwell-Wright made just one three-pointer, off the fingers of sophomore guard Andrea Pocernich, in the second half.

“They were shooting well in the first half. We knew they were a good shooting team and at penetrating, but we knew coming out of halftime, we had to play a lot better defense,” Abby Hennen said.

Cromwell-Wright couldn’t contain Minneota’s post play. The Vikings slashed to the basket frequently in the second half, which included junior guard Abby Rost getting the last tie after drawing a foul. Rost buried her free throws to tie it at 47-47 with 1:04 left. She finished with six points.

Sophomore forward Natalee Rolbiecki stepped up for the Vikings with 11 points. Her total included a drive to the basket that cut the Cardinals’ lead to four at 40-36.

“That’s what our downfall was,” Taya Hakamaki said about the post defense.

Cromwell-Wright, which came a game shy of making the state tournament last March, seeks to return to the Twin Cities for the tourney again after the season-opening showcase. Taya Hakamaki views Saturday’s performance as potential for making a run again.

“That just shows that we have improved a lot from last year and can compete with any team,” she said. 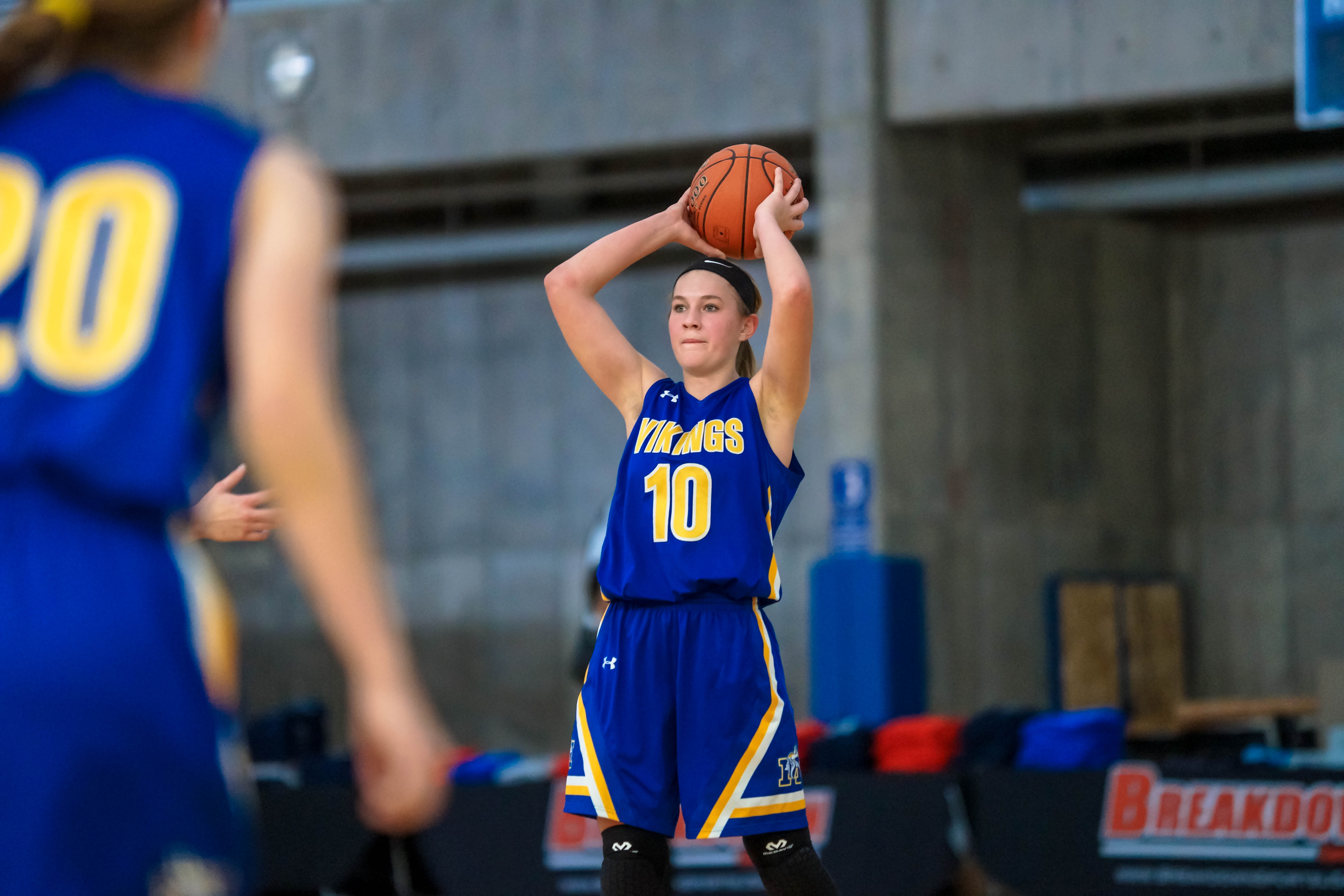 Three Minneota players hit double figures as the defending Class 1A champions, who are ranked No. 1 in Class 1A by Minnesota Basketball News, rallied to beat No. 3-1A Cromwell-Wright 49-47 Saturday in the Breakdown Tip Off Classic.

Shaily Hakamaki, a Minnesota-Duluth recruit, had Cromwell-Wright (0-1, 0-0) clicking early. The senior guard buried four three-pointers in the first half, giving the Cardinals a 31-23 lead at the break. Hakami finished with a game-high 20 points. Senior guard and teammate Taya Hakamaki, who is a cousin of Shaily, had 17 points.