The recruitment of Farmington star Sophie Hart exemplifies how Whalen and the Gophers are trying to win over the state's best players and coaches after the relationship became strained under previous coaches. 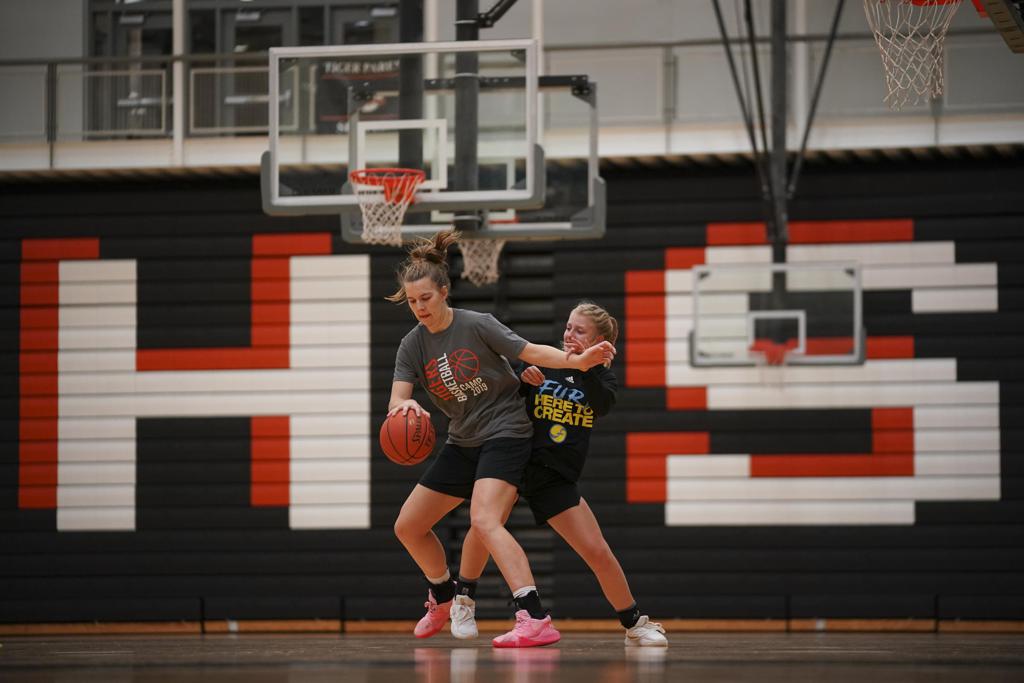 Farmington junior center Sophie Hart, left, and Morgan Ebel took part in a drill during a captain's practice in October. The Gopher offered the 6-4 Hart a scholarship after her freshman season. Photo: JEFF WHEELER • Jeff.Wheeler@startribune.com

Farmington junior center Sophie Hart is a work in progress. So is the Minnesota women’s basketball program on the state’s recruiting front.

The Gophers, guided by Minnesota native and school alum Lindsay Whalen, are trying to overcome the crevasse created with state recruits and coaches by Marlene Stollings’ regime from 2014-18. Whalen and her staff are establishing an improved working relationship with the Minnesota State High School Girls’ Basketball Coaches Association — an element significantly missing with her predecessor.

“Lindsay has so many intangibles going for her to have success on the state recruiting front,” said Farmington coach Liz Carpentier, who is also president of the coaches association. “It takes time, but Lindsay and her staff have already built a great rapport with high school coaches around the state. They are headed in the right direction.”

“When we came in, there were players already well into the recruiting process,” Whalen said. “We were way behind in those situations.”

The Gophers staff is focused on a deep junior class, talented sophomore group and upcoming freshmen. It has made scholarship offers to 13 players from the state in those three classes.

Headed for Connecticut next season, senior Paige Bueckers of Hopkins is the consensus top recruit in Minnesota. Click here to see who else made Star Tribune staff writer Ron Haggstrom's top 10 recruits.

Tell us what you think by e-mailing us at sports@startribune.com. And thanks for reading the Star Tribune.